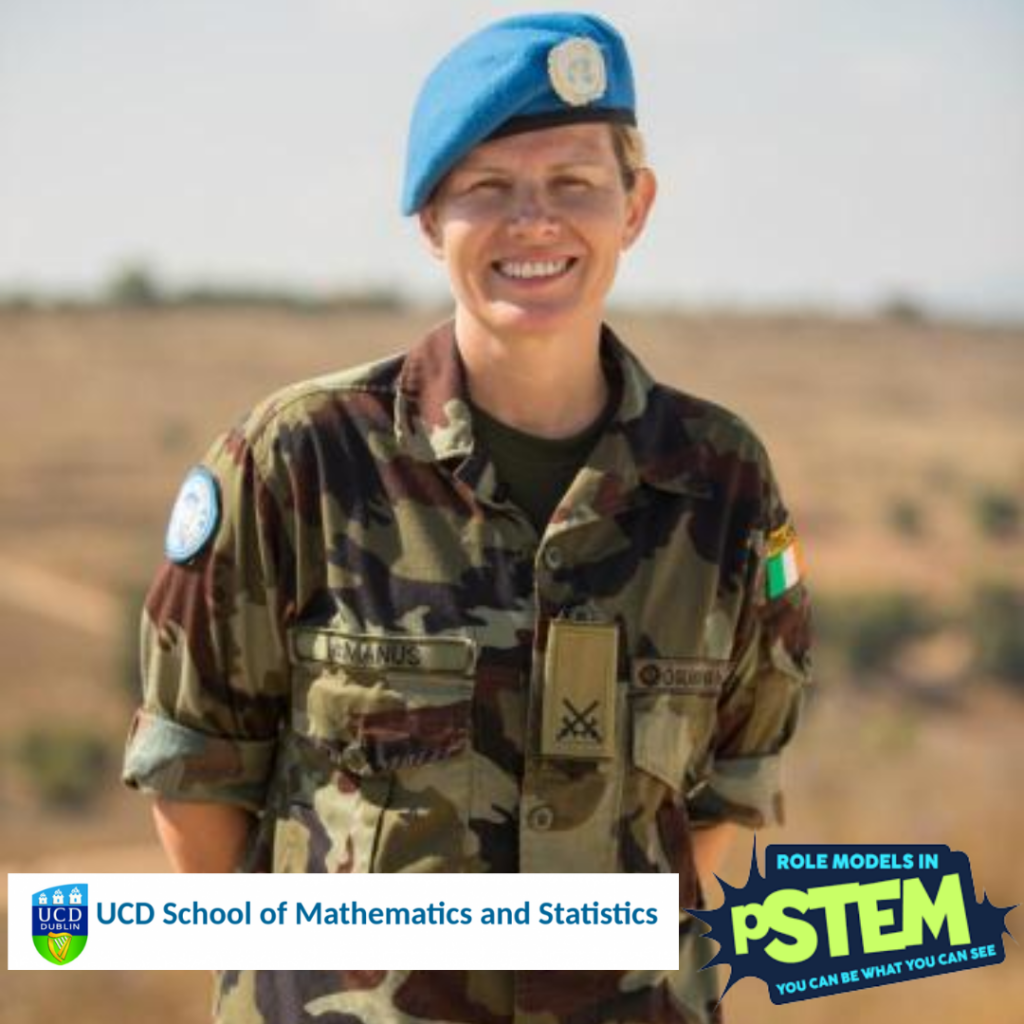 Here at Shona, we love when we get to meet someone who is stepping outside of what the world considers “the norm”. It’s so interesting to have the opportunity to chat with women who are doing cool, unusual, and interesting jobs. So, we were only delighted when our friends at UCD School of Mathematics and Statistics and UCD School of Computer Science introduced us to their new project ‘Role Models in pSTEM: You can be what you can see’.

The ‘Role Models in pSTEM: You can be what you can see’ project was created to highlight contemporary, positive role models for young women in the subjects of physics, mathematics, computer science, and engineering. The project hopes to make more young women aware of the very many career paths and opportunities available to them by pursuing these subjects. Following the UNESCO framework of factors influencing girls’ and women’s participation in STEM, the interviews explore the backgrounds and influences of each of the role models and highlight what they enjoy about what they do. The project was designed by Dr Aoibhinn Ní Shúilleabháin and Dr Catherine Mooney, who work in the fields of mathematics and computer science, and was funded by the HEA and Institute of Physics.

So, we are delighted to introduce you to some incredible role models over the next couple of weeks. Today, we have Commandant Sharon McManus. Sharon is an engineer officer of Commandant rank in the Irish Defence Forces.

Question 1: Could you tell us what you do and What drew you to your role as an engineer officer in the Irish Defence Forces?

My name is Sharon McManus and I am an engineer officer of Commandant rank in the Irish Defence Forces. After joining the army in 1996 and completing an army officer cadetship I completed a BEng in NUIG in Civil Engineering. Thereafter I transferred to the Engineer Corps of the Defence Forces. I specialised in Energy Engineering through the MEngSc in UCC in 2008 and became the Defence Forces energy manager for a period of 5 years.

I joined the army as a cadet in 1996 and have worked in Defence since then. I was always drawn to the adventure and the challenge of the army – I wasn’t sure I wanted to be an engineer even though it was one of the career paths I had considered through the CAO but I knew I wanted something active and with travel. I hadn’t even realised when I joined the army that I could do engineering and military work! My parents were very encouraging of my desire to join the army – particularly MY MUM! My dad always encouraged me to do engineering – he was a building contractor and he always knew I had a love of maths and encouraged me to do something in that area when I eventually would go to university.

I was initially commissioned to the Artillery Corps and after completing a degree in civil engineering in NUIG I transferred to the Corps of Engineers where I have worked as a Combat Engineer (bridging, mine clearance, explosive demolitions, overseas deployed camp maintenance etc), Maintenance Engineering (maintenance of lands and buildings of the Defence Forces) and Energy Engineering (implementing an energy management strategy for the Defence Forces which achieved ISO 50001 for the organisation). From 2015 – 2017 I spent two and a half years working with the European Defence Agency in Brussels where I led  Energy R&D projects and a European Commission consultation forum assisting European Armed Forces to develop Sustainable Energy strategies.

Question 2: Were you drawn into studying STEM subjects in Secondary school?

I was very much influenced by good teachers – I very nearly took ordinary level maths due to a poor teacher – she recommended that I take ordinary level maths for my leaving cert but I got an A2 in honours maths with another teacher in the end! I went to an all-girls school and some subjects such as applied maths and technical drawing were not available but I liked honours maths and science subjects and these were available.

Question 3: Were there any particular difficulties or challenges you had to overcome in terms of your study or work?

Lots! The initial training as a cadet was tough physically and mentally but very rewarding. I had to dig deep many times to get through some of the arduous tasks but that served to teach me that we are capable of much more than we think. When I started engineering at NUIG it was 3 years after finishing school and I definitely struggled in the first year to get back into the maths side of things and other new subjects such as tech drawing that I had never done before. But I had great classmates and we all pulled each other through

Question 4: What do you wish someone would have told you when you were younger?

Don’t doubt yourself – no one knows all the answers, particularly in engineering and teamwork is so important in solving problems  – everyone brings something unique to the table so come to the table with confidence and contribute! That’s what is most sought after in industry and the workforce.

Also, I love working with men – genuinely. I think we place a lot of emphasis on encouraging women into male-dominated roles to achieve gender balance and that’s great but also we need to normalise that sometimes (for men and women) working with the opposite sex in the majority is also ok and in fact enjoyable and rewarding even when not in equal numbers. Until we normalise working in male or female-dominated sectors we will never encourage the minority sex to join!! Obviously, discrimination, harassment or any gender bias is not acceptable but the more we see the normalisation of both genders in all careers the more effective the organisation.

So, we don’t know about you, but we definitely would love to hear more about Sharon and her career. Sure you know us at this stage, of course, we have you covered!

Check out the video below, courtesy of Sharon and our friends at UCD College of Science.

More videos and resources are available at: https://www.ucd.ie/mathstat/rolemodelsinpstem/

It won't happen overnight. But with small changes