The Many Shades of Sexuality and Gender 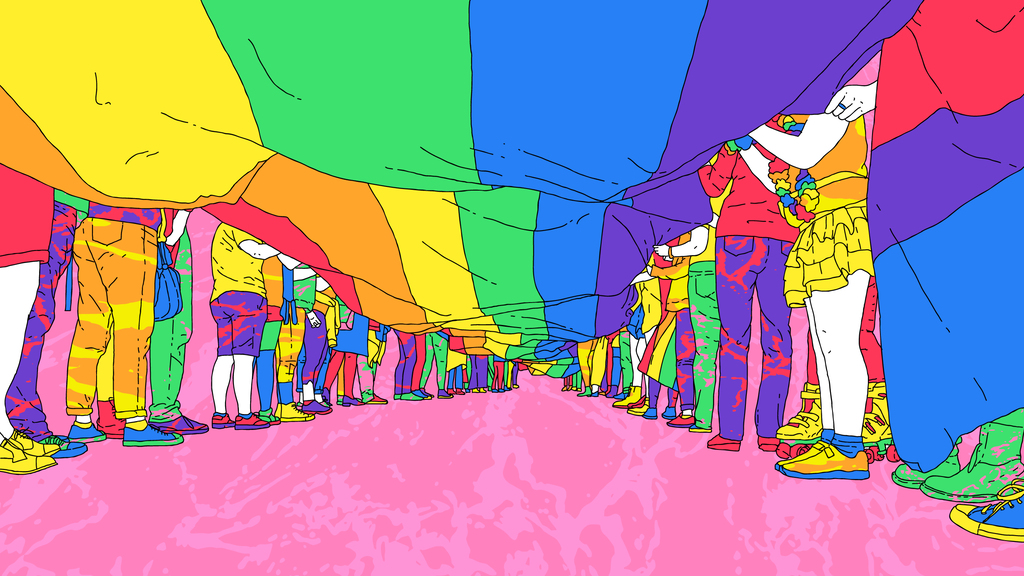 We’re generally not into labels because everyone is different and unique. We shouldn’t need to find a box that we fit neatly inside so that everyone knows and understands us. As a society we’re changing rapidly, trying to find new ways to respect and protect each other. And that’s a good thing.

When it comes to sexuality and gender identity, there are lots of different terms and definitions, which can change all the time. The key is to allow people to tell you in their own time how they identify and to respect that. No judgement should ever be placed on a person’s label, and they shouldn’t ever be compared in terms of their value. People are people and love is love, and to be honest, it’s really nobody else’s business.

Whether you are a member of the LGBT+ community, or whether you want to be an ally to that community, here is a helpful list of terms and their explanations:

Ally – a cis and straight friend of the LGBTQAI+ community who believes in the social and legal equality of all people.

Asexual – a person who isn’t interested in sexual relationships or does not feel sexual attraction. Also known as Aces.

Bisexual – a person who is attracted to more than one gender.

Demisexual – A person who feels sexual attraction only to people with whom they have an emotional bond.

Gay – this word is often used to describe all same-sex attraction but it usually refers to men who are attracted to men.

Gender identity –your own sense of being a male, female or non-binary.

Heterosexual/straight –a person who is attracted to people of the opposite gender.

Intersex – a person who is born with ambiguous sexual organs that match neither that of a man or woman completely.

Lesbian – a woman who is attracted to other women.

LGBT, LGBT+ LGBT*, LGBTQAI+ – People use different acronyms depending on their perspective, in this book we have used LGBT+, but chose which term works for you.

Non-binary –an umbrella term for gender identities that fall outside male and female.

Pansexual – a person who is attracted to another person regardless of gender or sexual preference.

Pronouns –the words we use to describe people’s identity: she/her, he/him or they/them. If you’re not sure, use their first name or they/them until you figure it out.

Queer –a broad term that is often used as an umbrella term for the LGBT+ community and can refer to sexuality or gender identity. This word can be used as a negative slur but has recently been reclaimed to represent all things queer.

Questioning – a person who is still figuring out who they are. Nobody should ever be rushed when it comes to how they identify.

Sexuality – who you are attracted to.

Transgender/trans – this abbreviation is used for all sorts of people whose identity, or a general sense of self, does not conform with what is typically associated with the sexual organs they were born with. Some trans people take medical steps to align their body with their gender, and some don’t. It is not okay to ask anybody personal questions about their bodies.

The LGBT+ community is beautiful, vibrant and inclusive, and it is celebrated each year during Pride. Pride is held in most large cities and towns in Ireland and across the world.

The most important thing is to treat everyone with the love and respect they deserve and remember that everyone should feel safe and supported in being their whole selves.

Empowered means whatever you want it to mean, defi

Not going to lie, we're slightly obsessed with our

Whether your belly is rounded and squishy or flat

Reaching out to someone doesn't always have to be

You wouldn't let your phone run out of battery, so

Every experience is a lesson girls, we'll grow fro

We are all guilty of overthinking and allowing too