Why Marsai Martin is your new Queen 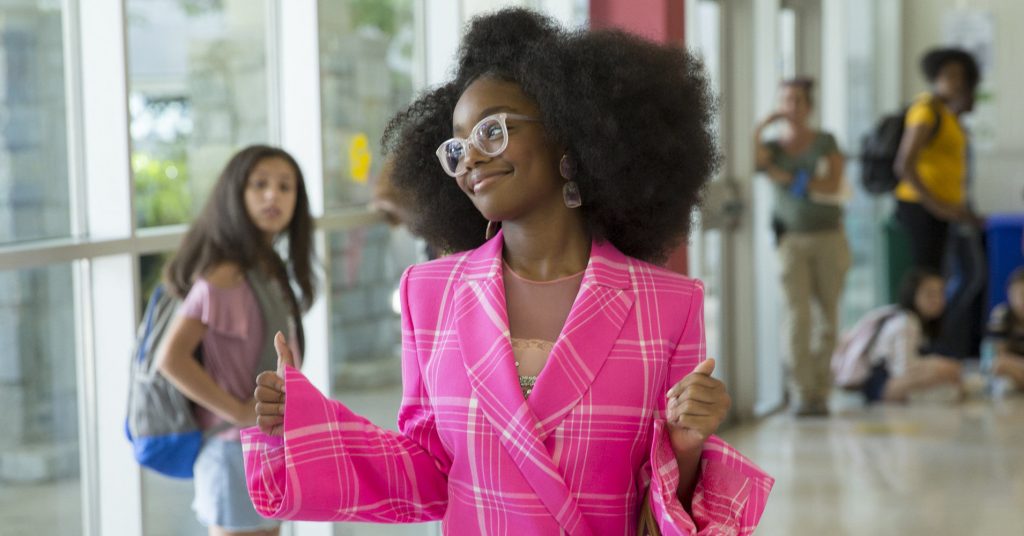 If you’re planning on hitting the cinema over the Easter break, may we respectfully insist that you go see Marsai Martin’s movie ‘Little’. Its very funny, super sassy and beautifully stylish. But more than that, we need to get behind Marsai as she rewrites the rules of Hollywood.

Let us make our case….

Marsai is currently 14 years old, but she has already had a nine year acting career. The Texas native started in commercials before landing a role as the sassy Diane in the hit show, Blackish. She’s so good in fact, that she holds 3 NAACP awards for supporting actress. In 2018, Time Magazine named Marsai one of the 25 most influential teenagers.

Thats all nice and all, but here’s the biggie, Marsai actually came up with the idea for the movie “Little” and pitched it to Hollywood bigwigs when she was 10 years old. 10 YEARS OLD PEOPLE!!! This makes her the youngest Hollywood producer of all time!!

14-year-old ‘Black-ish’ star Marsai Martin will become the youngest executive producer in Hollywood history with the release of “Little.”https://t.co/A8nUBJcPAQ

How did she do it? She surrounded herself with only good people who believed in her. In an interview with Complex, she said. “You don’t really see a 14-year-old girl creating her own stuff and actually making it into theater. That’s why you have to start working with people that will trust you and will believe that you can do it and will trust that you can carry…such a big responsibility,”

Marsai is one to watch; young female and black, she has no time for glass ceilings or double standards.

Here’s the trailer, get on it folks…