How to Upgrade Your Convo Game 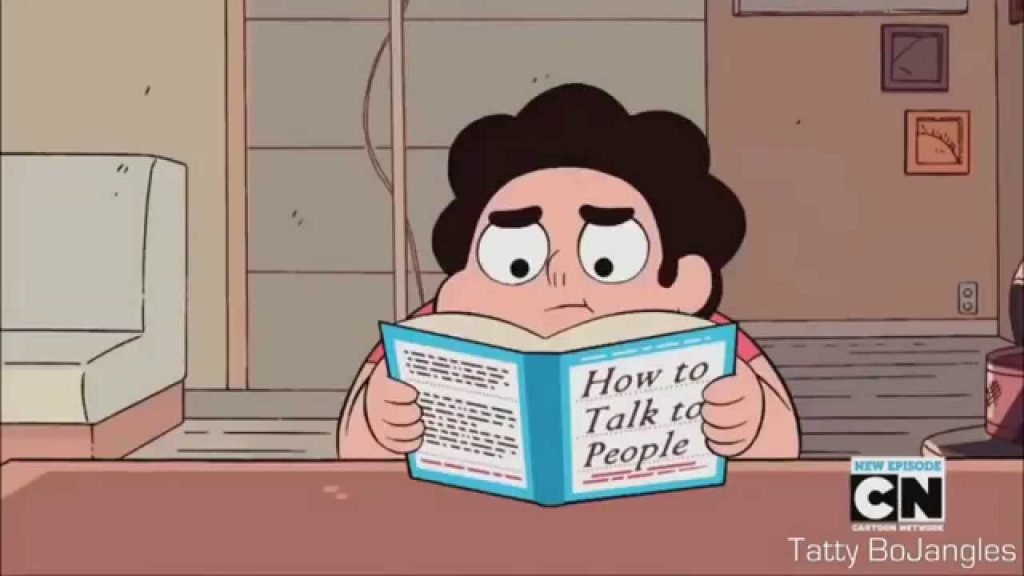 When it comes to actually talking to other humans in real life, most of us would rather stick needles in our eyeballs. But having decent chat game is a really important life skill for getting ahead in life. Being able to really engage with others is vital when it comes to getting jobs, (and then getting promotions), selling to customers, getting teachers on side and hooking that boy or girl of your dreams.

Here are a few tips on how to start a top quality A1 conversation, and how to avoid those excruciating awkward silences.

People love talking about themselves, it makes them feel good. So ask lots of questions about their lives and act genuinely interested in their replies. Also, when giving advice, make sure they know that you’re not trying to control or dominate them by using phrases such as “what do you think?” or “Only if you think its right”.

2. Ask for more than what you hope for.

When asking your parents, teachers or bosses for ANYTHING, always ask for more and negotiate downwards. If they meet you halfway, they’ll feel like they had the upper hand. And, every now and again, if the planets align, you’ll get it ALL! Mwah hahahahah.

When you don’t have anything to say, for the love of God stop talking. This is when you put your foot firmly in your mouth and get yourself in trouble. Just shush yourself down there child and let theother person say something. Panic talking is never a good thing. Panic shutting up is a game changer.

Substantially colossal colloquialisms are gratuitously futile and insinuate gross arrogance at the behest of the auditor.

Translation: Too big words make you sound like a douchebag.

There is nothing more boring than an monotone voice, although it can be a gift if you suffer from insomnia. Add emotion and inflection to your voice, without sounding like totally Californian, y’know?

Telling someone they are wrong is a little aggressive and a lot rude. Especially when it comes to a matter of opinion, as everyone is entitled to their own. Saying “I can see your point, but I feel that…” is a much better way of communicating. And make sure to actually let the other person finish their point, you might even learn something.

I mean, they just don’t seem genuine. Would you rather someone say “Girl!, brows on fleek today”, or “wow, you look really beautiful today”? Even if your eyebrows have brought their A game to the face party.

Not everything that comes into your head should be set free. In fact 99% of it probably shouldn’t. Ask yourself is it true, is it kind and is it necessary? If it doesn’t make a positive contribution, let it be.

If you really have to give bad news or feedback, use whats called the sandwich method. Stick it in the middle of some positivity by starting with a compliment, dropping the truth bomb, and ending with some kindness. And smile while you’re doing it.

Yes or no questions are a real conversation killer, and very labour intensive on your part. Pour Examplé, instead of asking “do you like fluffy socks?” try “what is your favourite thing about fluffy socks?”