‘The Silence Breakers’ Announced as Time’s 2017 Person of the Year.

For almost 100 years, Time Magazine has given the title of “Person of the Year” to an individual or group who have most influenced “for good or ill” the news and events at the end of every year. Today, the 2017 title was given to “The Silence Breakers,” a group of people who came forward with stories of sexual harassment, and opened the conversation which inspired the “me too” campaign.

“The women and men who have broken their silence span all races, all income classes, all occupations and virtually all corners of the globe,” Time said in its story about the cover. 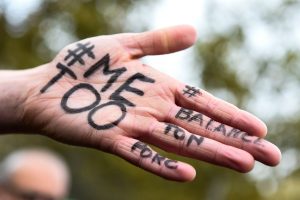 As these women bravely stood up and spoke out about their experiences, it started a worldide discussion about how prevalent sexual harassment is across all countries, genders, classes, races and ages.

“The idea that influential, inspirational individuals shape the world could not be more apt this year,” a representative for Time said. “For giving voice to open secrets, for moving whisper networks onto social networks, for pushing us all to stop accepting the unacceptable, The Silence Breakers are the 2017 Person of the Year.”

Watch the story in full below or read here.