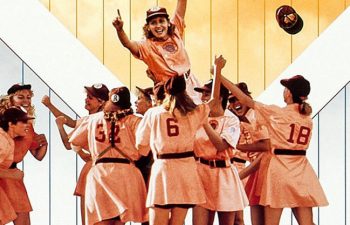 Nearly thirty years ago, a movie called ‘A League of Their own,’ starring Tom Hanks, Geena Davis and Madonna was released. It told the story of The Rockford Peaches, a women’s baseball team that competed in a women’s league created during the war, when all the men were away, to keep the baseball leagues from