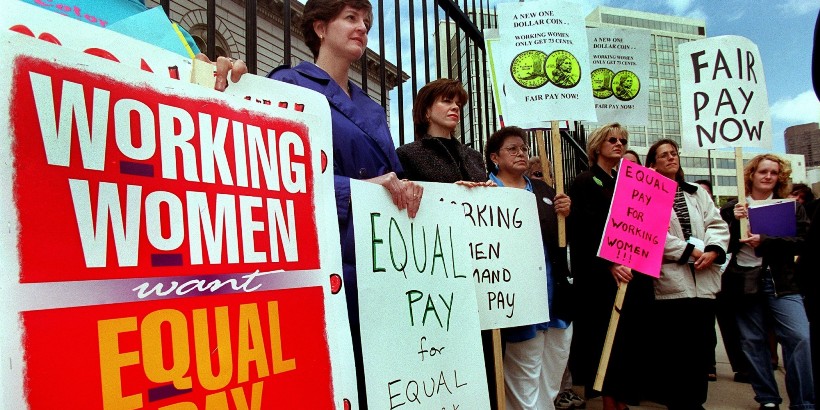 There’s been a lot of talk this week about gender gaps. The Global Gender Gap Report 2016 is basically a big leaderboard for countries, comparing how equally they treat men and women across things like income, political power, health and education. We downloaded it to find out the facts…

…we quickly discovered there were 384 pages in the report so we scanned it and then read Kim Elsesser’s highlights of it in Forbes!

Here’s what we found:

1)  There is no country in the world where women get paid more than men (…not good).

3) Iceland is the best at treating its men and women equally (they also have geezers, the Northern Lights and Bjork so our bags are packed!).

4) Finland, Norway and Sweden scored 2nd, 3rd and 4th place (so basically the Nordic countries are killing it).

5) Yemen came in at the bottom of the table (but they have a pretty valid excuse for not being able to give it their full attention).

That means that the average man could buy this…

…with the extra income he earned over his female counterparts.

7) The report suggests that we have to wait another 170 years for worldwide gender parity.

8) The report also looked at the number of women in comparison to men in government. Turns out women only have 23% of the political power that men have worldwide and in the US that drops to 17%.

9) We’ve made great progress in closing the gap between men and women in terms of likelihood to get an education (whoop).

10) Yesterday a chap in the UK suggested that the reason men were paid more than women in the BBC was that women didn’t ask for pay rises, whereas men did (you can read about it here)

You can read the report here. We recommend listening to this as you read it…just to keep positive!