RBG – The Woman, The Myth, The Legend 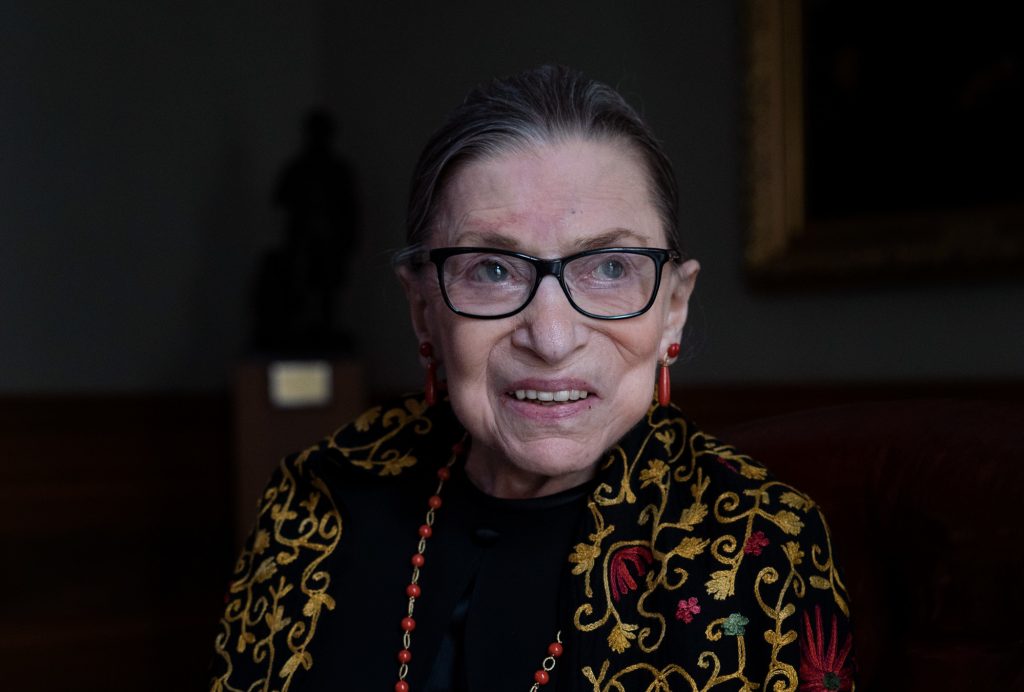 “Though she be but little, she is fierce.”

Ruth Bader Ginsburg was the ultimate picture of this quote. At 5ft 1”, and hailed as the “flaming feminist”. Ruth lived a life constantly defying expectations. At a time when, in her words, “less qualified males were preferred to a deserving woman”, Ruth set out on a path to right the wrongs that she saw in society. Not only did she fight for women’s rights, but wherever she saw inequality, she aimed to restore balance. Aoife and Steph wanted to dedicate a post to this woman as she was just a true hero to many of us.

Who was Ruth Bader Ginsburg?

Other than an absolute feminist hero, Ruth Bader Ginsburg was undoubtedly one of the most influential associate justices of the US Supreme Court. RBG grew up in Brooklyn, New York, in a low-income working-class family. Her mother, Celia Bader, had big ambitions for her daughter, teaching her the importance of education. Ginsburg cited Celia’s untimely death to cancer – the day before her high school graduation – as a driving force to live the life her mother dreamed about for her.

She attended Cornell University under a scholarship and was the highest-ranking female student in her class. She later enrolled in Harvard Law School, where she was one of only 9 women in her class. After transferring to Columbia Law School, she earned her law degree, tying for first place in her class. She achieved this all while caring for her husband who had cancer and raising their first child. 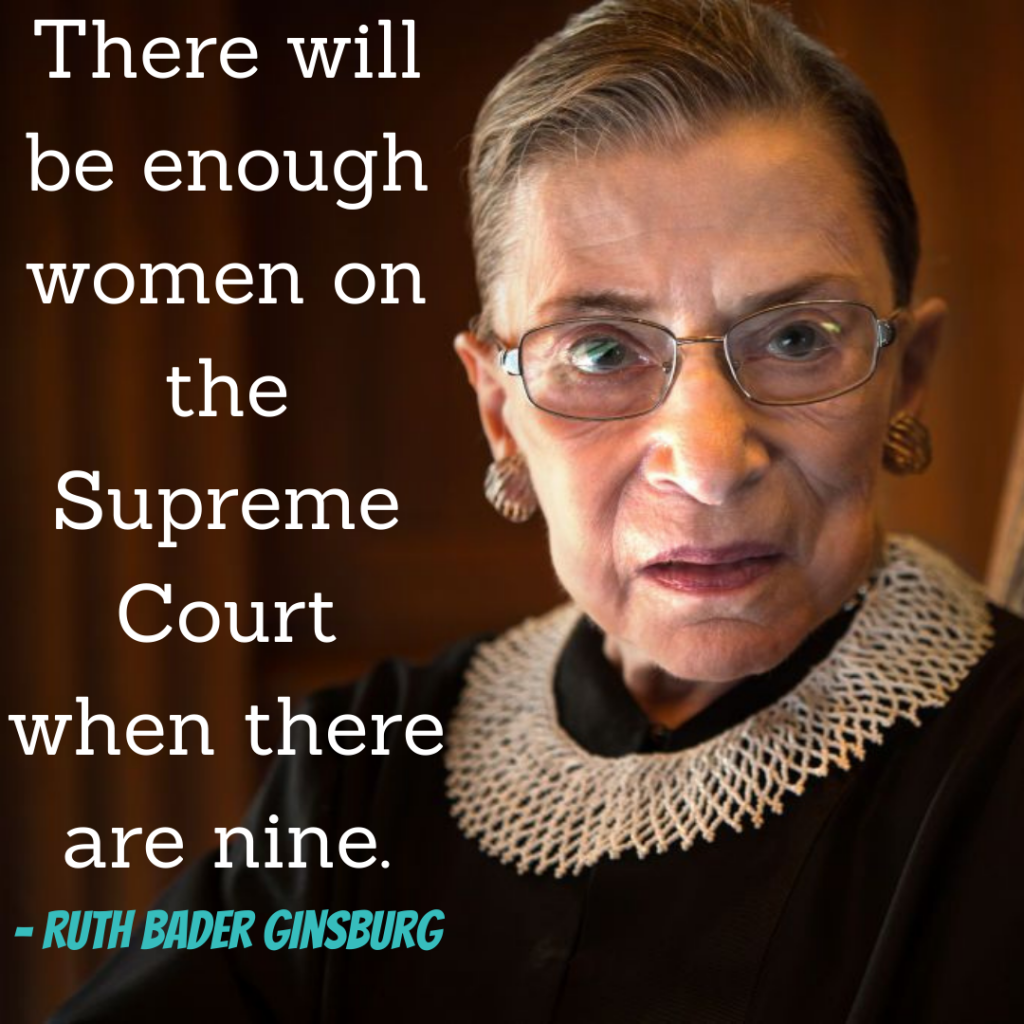 Ruth finished top of her class from law school in 1959, but she wasn’t able to get a job. Why? As she said, “The odds were stacked against me”. First, she was Jewish (not highly respected at the time), second, she was female (also, not highly respected at the time), and third, she was a mother of a 4-year-old (it was believed back then that you couldn’t be a mother, and work!). Imagine that these were barriers for someone who had achieved so much throughout her education. But she persevered, she looked for different routes, and still made her way to the top. From judge clerk to a professor, to litigator, all the way to the Supreme Court.

She co-founded the “Women’s Rights Law Reporter”, the first law journal in America to focus on women’s rights, in 1970. She co-founded the Women’s Rights Project at the American Civil Liberties Union two years later, and in 1973 became the Project’s general counsel. As the director of the Project, she argued 6 gender discrimination cases before the Supreme court between 1973 and 1976, winning 5. Her legal arguments were strategic, taking aim at specific discriminatory statutes in order to set precedence for future cases. She often took male plaintiffs in order to show that gender discrimination is just as harmful against women as it is against men. She soon gained a reputation as a skilled oral advocate and a moderate liberal. Ginsburg worked with the ACLU Women’s Rights Project until her appointment to the Federal Bench in 1980.

In 1993, President Bill Clinton nominated Ginsburg as an Associate Justice of the Supreme Court, making her the first Jewish justice since 1969. She was characterised in court as having a cautious approach, building on precedent rather than pushing the Constitution towards her own personal vision.

The Supreme Court is made up of 9 members whose job it is to provide justice, protect civil rights, and remove laws that violate the Constitution in the United States. Since 1790 (not 1970!) the Supreme Court has been made up of white men. That’s 191 years before the first woman (Sandra Day O’Connor) was appointed to join them in 1981. Ruth was the second woman to join them in 1993. Since then, two more women have joined, so there’s now a six male to three female ratio. 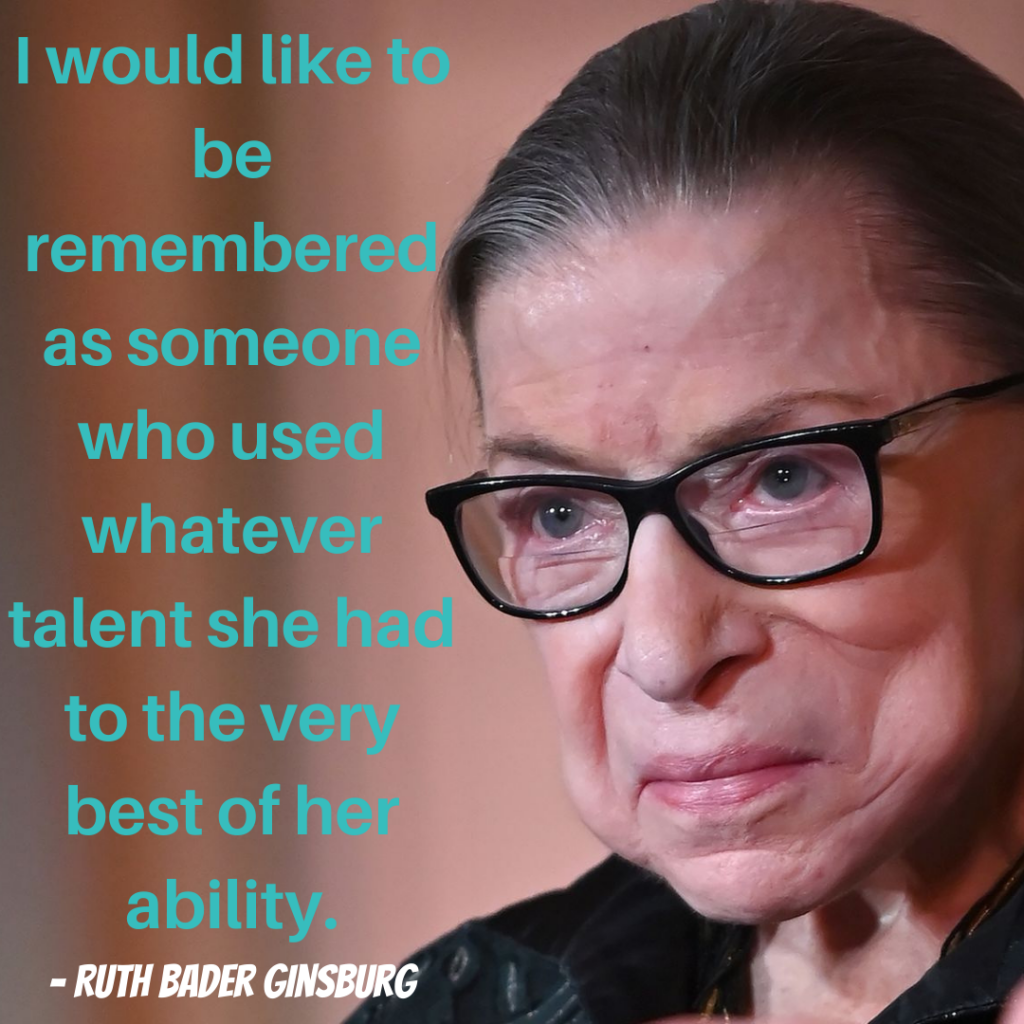 Why We Love “The Notorious RBG”

An unlikely rock-star, Ruth once said, “I’m 84 years old and everyone wants a picture with me!” Some of Ruth’s cases and dissents (which is an opinion that goes against the majority) began to get lots of media coverage because the things she was fighting for were important for so many people. She advocated for many of the suppressed minorities; women, people with mental disabilities, the LGBTQ community, the black community, to name a few, and not only did she advocate for them, but she took actions that would drastically change their lives for the better.

She was not forceful in her approach, taking her mother’s advice of, “Be a lady…” which she translated to, “Don’t give way to emotions that zap your energy like anger; take a breath and speak calmly.” She also didn’t make enemies of those who disagreed with her, in fact, she had a very strong relationship with Antonin Scalia, a relationship that confused a lot of people because they seemed to have drastically different views. But her goal was to be professional at all times and to learn from and become better by talking to people with different perspectives than her own.

Likened to New York rapper The Notorious BIG, Ruth became known as “The Notorious RBG”. She was once asked why she thought people had likened her to Biggie Smalls and she said, “Well, we have a lot in common!”

What Can We Learn From This Amazing lady?

It’s difficult, to sum up, the life and times of such an immense legacy, but we gave it a shot and this is what we can learn from her.

A trailblazer. A champion. A true warrior. We will be learning from her, learning about her, and quoting her, for many years to come.