Even When It All Gets Too Much, Please Stay 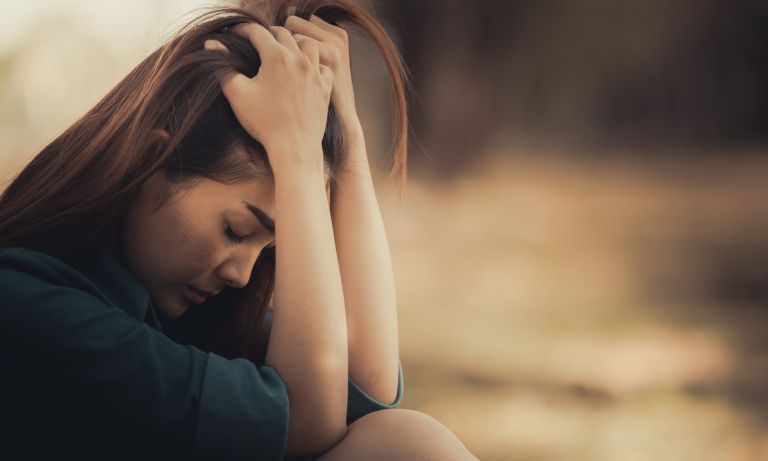 Steph, our wonderfully talented Psychotherapy and valued Shona team member, has something a little different for everyone this week. It’s a tough one, so mind yourself while reading it. But sometimes important messages are tough to hear. It’s not her typical Ask Steph piece. This is especially for when it all gets too much. She’s written a story and she’d like you to read it.

** This article has a trigger warning for suicide so please read at your discretion. **

They met when she was 16, he was 18. They started dating just before his leaving cert began, she was smitten. It wasn’t like the butterflies that everyone else described, it was more than that. That was the best summer. They met every second day. From long days walking around the town, chilling with friends, lazy hazy days at the beach, campfires smouldering, laughter echoing. He wasn’t going to college in September, a relief for her because her heart would have split in two if he had decided to move to Galway. He said he’d stick around and do an apprenticeship with his uncle instead, at least until she finished school, and then they could go somewhere together. She was the softness he needed in his life…

She did better than him in her leaving cert. The debs were one of their best weekends; blurry vision but happy hearts, they danced all night and woke up on the beach, like a string of shells, couple after couple, red, blue, green, and pink organza, black jackets and plastic cups. Last night Lucy had told her that Mike was going to Dublin in September; she held Lucy as she cried for 30 minutes solid. Meg was so grateful that Oran stayed here for her…

Oran’s heart skipped a beat when Meg told him she was pregnant. It was almost Christmas and they were in the car on the way to his mam’s house for dinner. Meg had a sparkle in her eye and a smile that quivered with excitement; there was no fear. Although they were still young, Oran’s world was made and he knew this was going to work out…

The baby wailed into the world on a hot summer’s day, a beautiful baby girl, Saoirse. “It means freedom”, Meg told her Granny as she cradled her like an ornament, cameras phones snapping all around. Meg wondered if she had managed to hypnotise this many adults when she was born…her father looked over and said, “you were just the same” and she wondered if she had thought out loud. Saoirse was here and everyone was besotted. Such a small little thing, summoning love from every corner of the room. 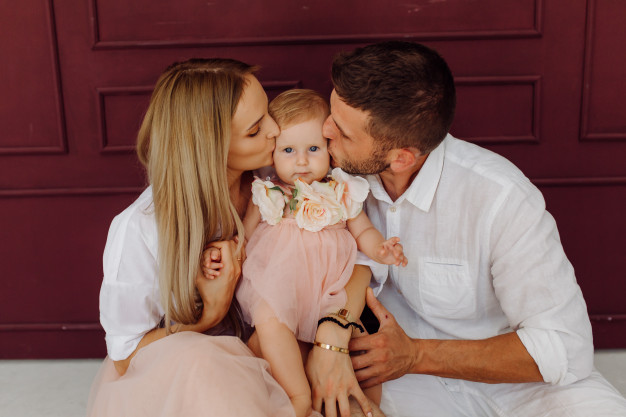 Oran had been left a house by his grandfather and over the next few months, he put his apprenticeship to work and had the house ready for his two leading ladies just in time for Christmas. Saoirse was 6 months old when the twinkle of candles and lights reflected in her big brown eyes. As he watched Meg holding and soothing Saoirse, he often wondered what he had done to get so lucky. He didn’t have the best start in life but Meg and Saoirse were healing his old wounds…

Balloons, bouncy castles, and birthday cakes were frequent visitors over the years. Screeches of children, cut knees, bumps, and bruises when friends came over to play. They even had a few trips to the hospital for x-rays the year she took the stabilisers off her bike. But she bounced back every time, just like her mother, with that glint in her eye, fearless…

Saoirse loved life. Well, at least up until 2nd year. Then a grey veil seemed to sweep in. There was one girl who definitely hated her. When she was named as captain of the hockey team, that’s when it got bad. Part of her world seemed so good and normal, but this dark part didn’t make any sense to her. This girl wanted to make her suffer. Was it because Dylan had asked her out? But she didn’t even like him. Her friends knew what was going on, everyone did…but they probably didn’t care.

Her cheeks burned red when she saw the photo of herself during lunch the following day, phones binging in surround sound around her. Why would someone do this…make a meme of me? The shame burned inside of her chest. She ran to the toilet cubicle, hot tears streaming down her face. Her breath seemed to be caught in her throat, her whole body tense. She’d never be able to come back from this. Even though it wasn’t true, people would always doubt her now. She decided that she’d had enough and would meet her year-head in the morning…even though he probably wouldn’t care. 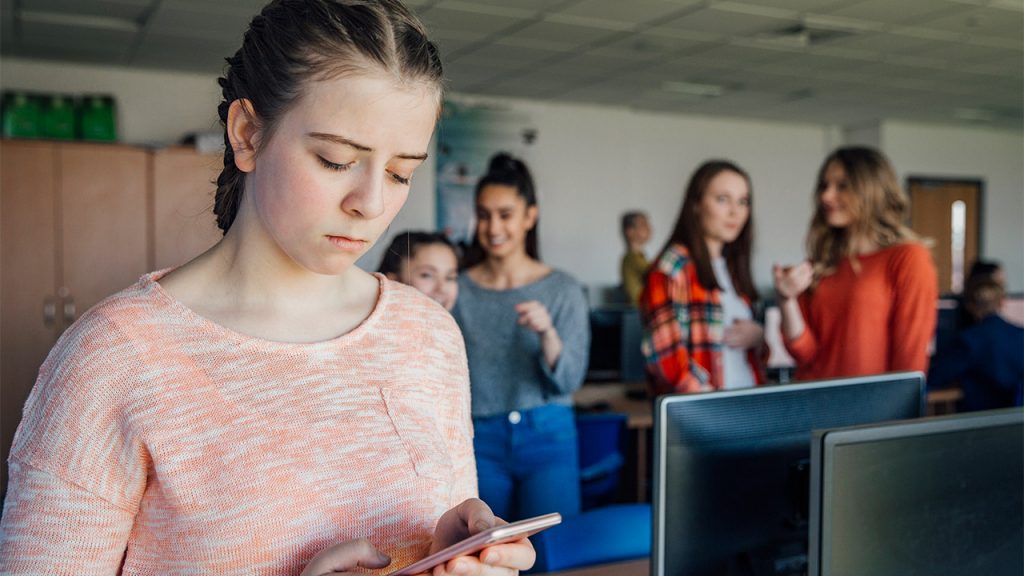 That evening was the worst. She had a pain in her belly that made her feel nervous. She had an English essay to write and a French exam to study for but her mind was a blur of faces and typed words that stung her entire body. How was she going to tell her parents, her year-head…what was she going to say to everyone in school? Would they even care? Probably not. There are bigger problems, right? Who cares about a girl and a stupid meme that split her into tiny pieces? No one in school seems to care. Her head began to pound with confusion and nothing seemed clear…

Oran, Saoirse’s Dad, had never felt pain like it. He was at the kitchen table, staring out at the mist. Meg, Saoirse’s Mam, was sitting in the armchair, hugging a pillow. The house was cold. And dark. The phone rang and startled him. It was the school, asking how Meg was and if there was anything they could do. He thanked them but insisted there was nothing. The teachers didn’t really care though did they? 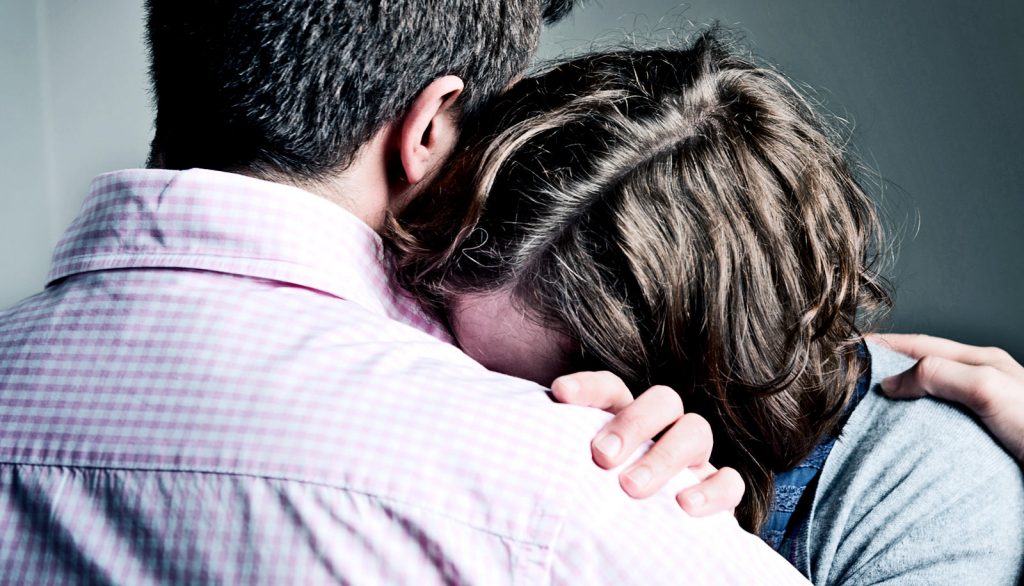 They had read the letter together that morning. Shivering in disbelief. Red and blue lights flashing through the opaque glass of their front door. The garda had squeezed Meg’s arm, knowing all too well what the days, weeks, and months ahead would bring. The words “mind yourselves” seemed to fall to the floor with a thud and sat there with a collection of other good intentions like, “time will help”, “it’s not your fault”, and “we’re here if you need anything”. Did they care?

The words “Saoirse” and “funeral” shouldn’t have made sense in the same sentence but they did that week. The hockey team lined the pavement up to the church, in jerseys red and yellow, the only brightness of the day. Their heads weighed down in pain and confusion – that can’t be her, in that box, it just can’t be. They cared?

Look at her mam, she’s only 32 but she’s almost on her knees in agony, howling and hegging. She’s following her child into the church, a much colder place now than the sunny morning of Saoirse’s confirmation just 2 years earlier, one of her favourite memories of Saoirse. She really cared…

People lined up for hours to share their condolences. The whole town was devastated. A young girl, gone. Her parents, heartbroken. Her team, torn up. Her classmates, dazed and confused. Her teachers, bewildered. The priest struggled to find words that would bear any solace. The girl who sent the meme, grey with shock. “I just wanted to be more like Saoirse…“. I never knew. I never knew that this many people would care…

Nothing was ever the same again. Tears and pain ravished through people for months and years. Meg sees friends of Saoirse’s now, grown-up, in college, working, in relationships, traveling. But they still desperately miss their friend. She should be there with them. They cared.

All of us here at Shona do the work we do to bolster young girls from this type of situation. It happens all too often. Ireland has the highest rate of suicide among young girls in the EU and that simply has to change. Every single girl on this island of ours is deserving and is important. Every single girl on this island of ours has a voice. Every single girl can overcome even the most difficult things. Everything is overcomeable. Everything is figureoutable. Even the stuff you’re thinking about right now that you just told yourself “but not this, this is different“. Yes, even that stuff. Whether there’s a bully in your school hallway or a bully inside your own mind, you can learn how to cope and life can still be good. Please believe us. When it all gets too much, know that we love you, we’re here for you, and we believe in you, you epic little miracle. 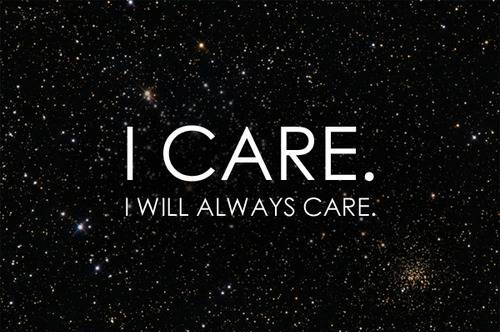 The story, all names, characters, and events portrayed in this article are fictitious. No identification with actual persons (living or deceased) is intended or should be inferred; any resemblance is purely coincidental.

When it all gets too much, you need some help and want to reach out, here are some supports ❤❤

SPUN OUT:  This is a one-stop-shop for all mental health issues. The articles are very matter of fact, helpful, and all bases are covered.

TACKLE BULLYING: Lots of resources for kids, parents, and teachers on dealing with bullying.

AWARE: Providing support and assistance to that section of society whose lives are affected by depression, bipolar disorder, postnatal depression, or suicidal thoughts.

POSITIVE OPTIONS:  Advice and support for those experiencing crisis pregnancies.