What I Learned From Selena Gomez 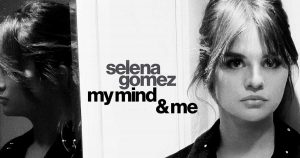 Joy has been a Senior Ambassador with The Shona Project since way back in the day. Today, she wanted to share the things she learned from Selena Gomez’s new documentary, My Mind & Me.

I just finished watching Selena Gomez’s personal documentary, ‘My Mind & Me’ and I wanted to share some of the insights I got from it. There are huge expectations on famous people and sometimes consequences when they admit that they are not perfect. Selena was extremely honest throughout the film and I really saw the reality of her life in terms of her illness and her struggles with mental health.

Selena was diagnosed with lupus in 2014 and we see how much performance and travelling can exhaust an already struggling person. She always continued and worked through her exhaustion, which shows how brave she is to keep continuing in the industry. There is a huge difference between the preparation for women when they are on a tour and there is for men. Selena said that if she were a guy she could just wear jeans and just change her top every night instead of trying on tens of outfits that have to change throughout her show and different venues.

Selena’s anxiety and depression caused her to feel trapped in her mind, hearing voices and in the middle of her biggest tour, she went into a state of psychosis and was admitted to a hospital to recover mentally. She said that she thinks she’s not good enough to deserve to be here and will always find the one person that doesn’t like her and believe them instead of everyone else who thinks she’s amazing. That is such a difficult thing to admit and we all have moments in our lives when we feel the same way. She worked on her mental health and was released while also receiving a diagnosis of Bipolar disorder.

She explains how there are moments in her life when she was not herself and expressed her emotions in a cruel way to the people she loves. She mentions how there was a sense of clarity when she finally got the diagnosis. It must have taken a lot of courage to show how hurtful her mind can be to other people, but especially how mean her mind is to herself sometimes. Those moments were the hardest to watch because when I grew up watching her acting and singing, she became such an idol to me. She always is perfect and beautiful in my mind, but that’s not realistic. I got a glimpse of her just being a human and the celebrity vs. fan divide seemed to disappear.

She mentioned how when she was diagnosed with lupus, she knew she could visit others who experienced it and relate to them. They could give hope to each other and now in terms of her struggles with mental health she knows she will be able to do the same with other people who suffer from their mental health because she relates. She has created the Rare Impact Fund to raise money for free mental health resources for young people and hopes to help others who are struggling.

Sometimes everything could be perfect to everyone else but your mind tricks you into thinking everything is wrong when it’s all going very well. There were a lot of moments in the documentary where she was apologising, even for things out of her control, especially the stuff about her mental health. Selena said she has decided to make bipolar her friend and research the disorder because the more she understands her disorder, the less she’s afraid of it.

This is her song, ‘My Mind & Me’ and it perfectly sums up the documentary.

Remember, the most amazing, compassionate, successful and inspiring people we know are those who faced challenges, and managed to overcome them.

Hang in there, it will pass x

SPUN OUT:  This is a one-stop shop for all mental health issues. The articles are very matter-of-fact, helpful and all bases are covered.

AWARE: Providing support and assistance to that section of society whose lives are affected by depression, bipolar disorder, postnatal depression or suicidal thoughts.