Why you can’t miss Missrepresentation: By Katie 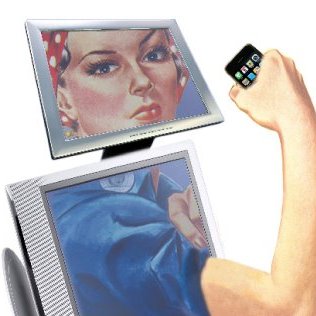 ‘My List’ on Netflix is full of Netflix originals murder mysteries and ‘Grace & Frankie’, a program I cannot recommend highly enough, by the way!

One thing I didn’t know about Netflix was that they have a wide variety of documentaries about feminism and sexism, one intriguing one was ‘Miss Representation’.

‘Miss Representation’ strips down the under representation of women in media. The American documentary delves into the stories from women all over the world. With their motto ‘You can’t be what you can’t see’, they address the need for women to grow up with positive role models. It seems we rarely see women in influential positions and women in media are only painted as relevant if it concerns their looks, their relationships or their faults.

The movie featured interviews from young women and their stories. The cast included both celebrities and political members as actors. This included people such as Hillary Clinton, Geena Davis, Ellen Degeneres, Dolly Parton & Oprah Winfrey to name a few.

The director, Jennifer Siebel Newsom, provides a thrilling watch about the changes we need to make as a society to provide women with the same professional platform as men.

So if you have Netflix, I could not recommend it more! Watch the trailor below….