Why I March for Change: By Izzy 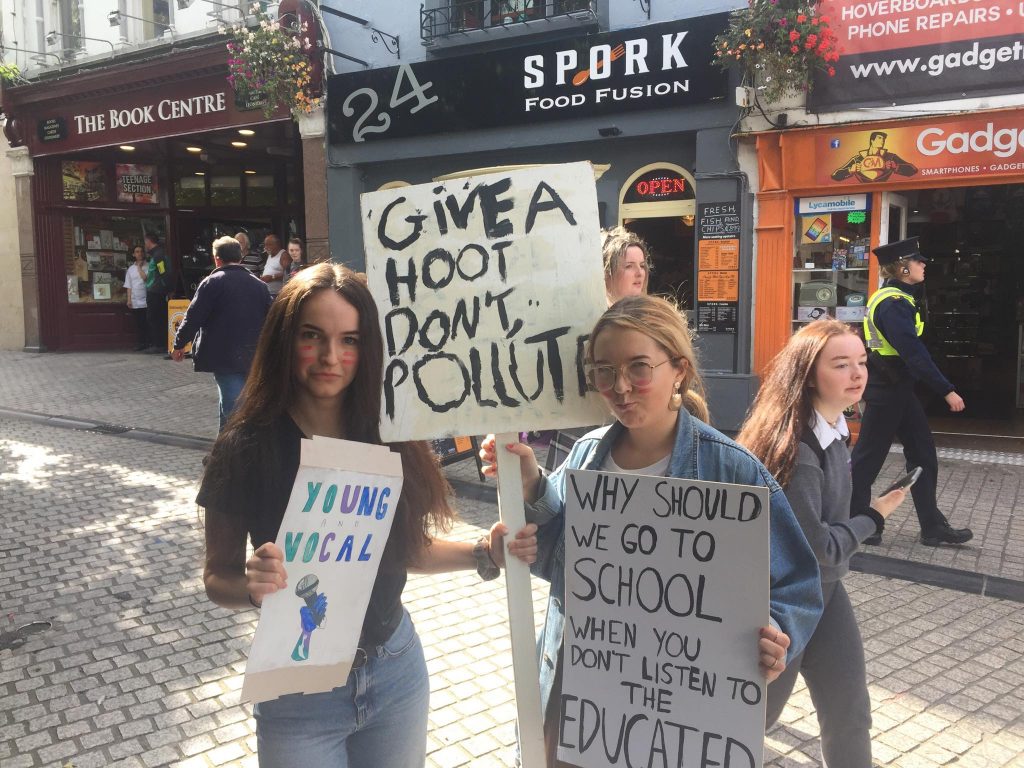 On Friday,  20th of September, thousands upon thousands of young people, across Ireland and the world, answered Climate Change activist Greta Thunberg’s call and proceeded to march the streets of their cities in protest of Global Warming and the Climate Crisis. I was one of those young people.

If you are not already aware, the world is burning. Ice caps are melting. Species are dying. We are in the center of a global extinction of our own making, as human beings. Glance onto social media and you are bombarded with images of polar bears on thin ice and videos of the Amazon in flames. It’s all very terrifying to watch, as a young person, to see your future literally burning.

That is why the march was so important. 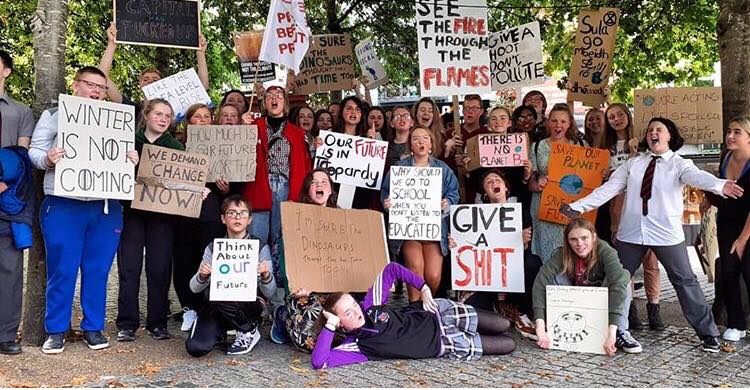 On Friday, I created. I painted banners and placards calling on the government to take action. I wrote ‘Why should we go to school when you don’t listen to the educated’?  On Friday, I connected. I marched with friends and strangers through the streets of Waterford, to the office of the mayor, and called for action. On Friday, I vented. I screamed chants and had them echoed back to me. I stood atop a wall and shouted a speech to the crowd that cheered at every opportunity. I let my anger, my hopelessness at the state of the world out, as I felt like I was making a difference. On the grand scheme of things, I know I didn’t. But seeing the hundreds of teenagers out shouting for a cause gave me hope. And that is what we need in times like these.

Banding together and boosting each other up may not stop the rainforests from being destroyed, or cause carbon emissions to disappear. But it gives us a sense of power in a time that we may feel powerless.  It brings us together when we may feel most alone. Even better, it appears that we were listened to by those in charge. As such, we feel like not only do we have a voice, but that the voice is influential and mighty.

Personally, I’ve never felt as strong. So, join us the next time we protest, and let yourself be heard and your emotions shown. It will help not only yourself, but the world.