My Story: By Kirsten Mate Maher 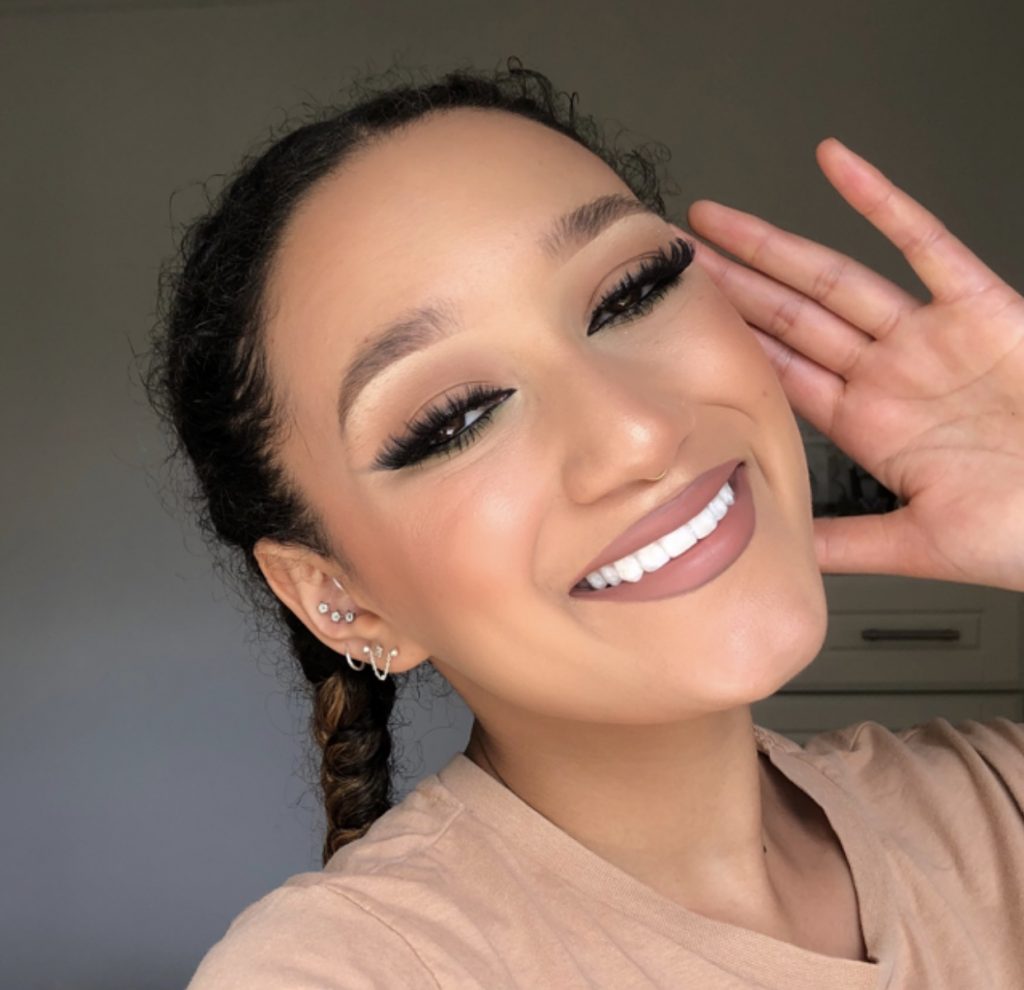 There was a period of time in my life where I’d have given anything to be white.

I thought my life would be easier if I was white because I wouldn’t feel like I stuck out like a sore thumb when I walked into a room full of people or out onto a camogie pitch. I always wondered what it would be like to tell someone where I’m from and not have the usual follow up question we all know too well “No, where are you REALLY from?”. Which was sometimes followed by an argument that went somewhere along the lines of “But you can’t be, you’re brown?”. 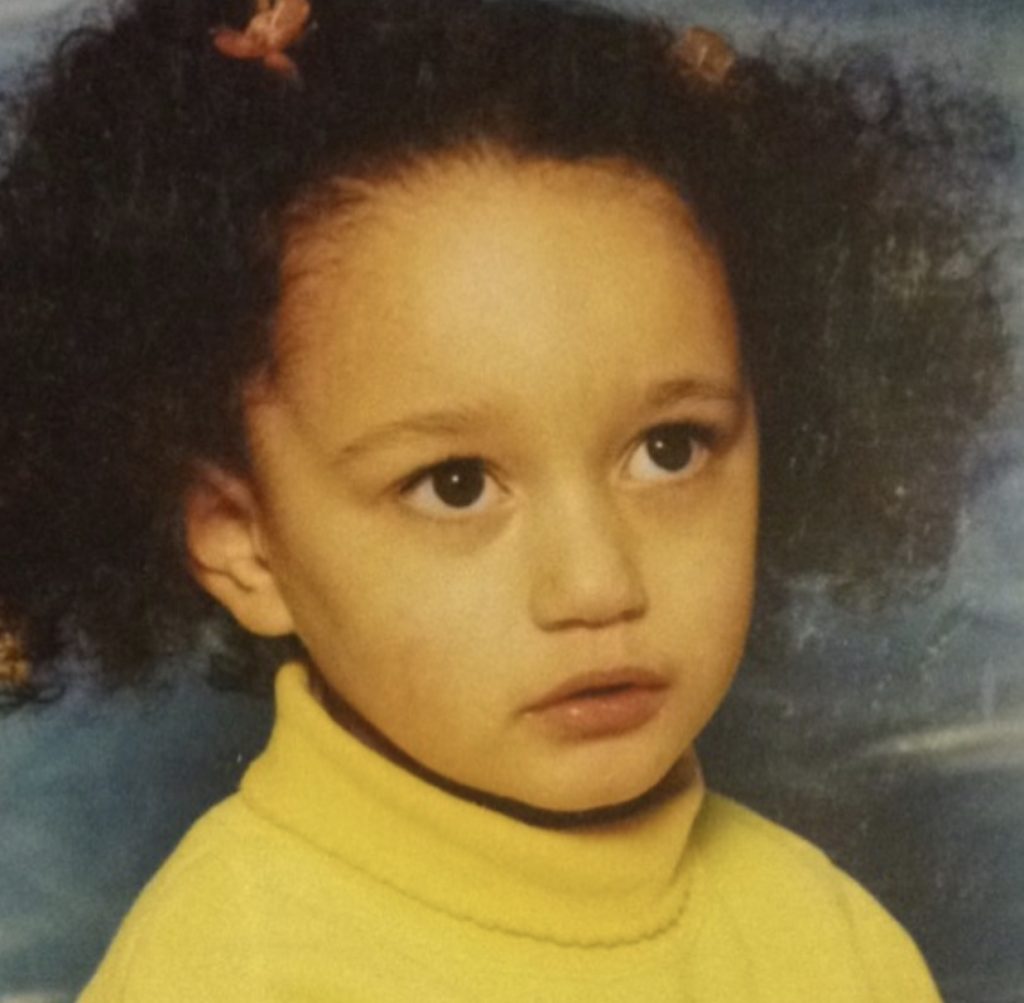 My earliest memory of racism was in primary school and I remember it so vividly right down to where I was in the schoolyard at the time. A classmate told me I look “like shit”, and not because I was ugly, but because I was brown. I still remember the disgusted look on their face. On a Sunday my mam or nanny used to plait my hair for the school week ahead. They would last the entire week in my hair and I’d have no knots or mattes to deal with, it was IDEAL. But during the week my little baby hairs would make an appearance (as they do) and I’d get made fun of for having frizzy hair and looking like I was “struck by lightening”.

I really grew to despise myself. When I was 12 I got a hair straightener. I thought everything would be a little better if I could just rid of the fro. It most certainly didn’t get better because people would then always point out how damaged my hair was 🙄 Hair curly = too frizzy. Hair straight = Too damaged. So I resorted to a chemical relaxer. It took out a lot of my curl, making it a little easier to straighten and a look a little less afro. There’s actually a photo of me walking around with a plastic bag on my head because I thought that was less embarrassing than people seeing my natural hair. Between the straight hair and wearing my foundation a few shades lighter I thought it would be the end of people making fun of me. 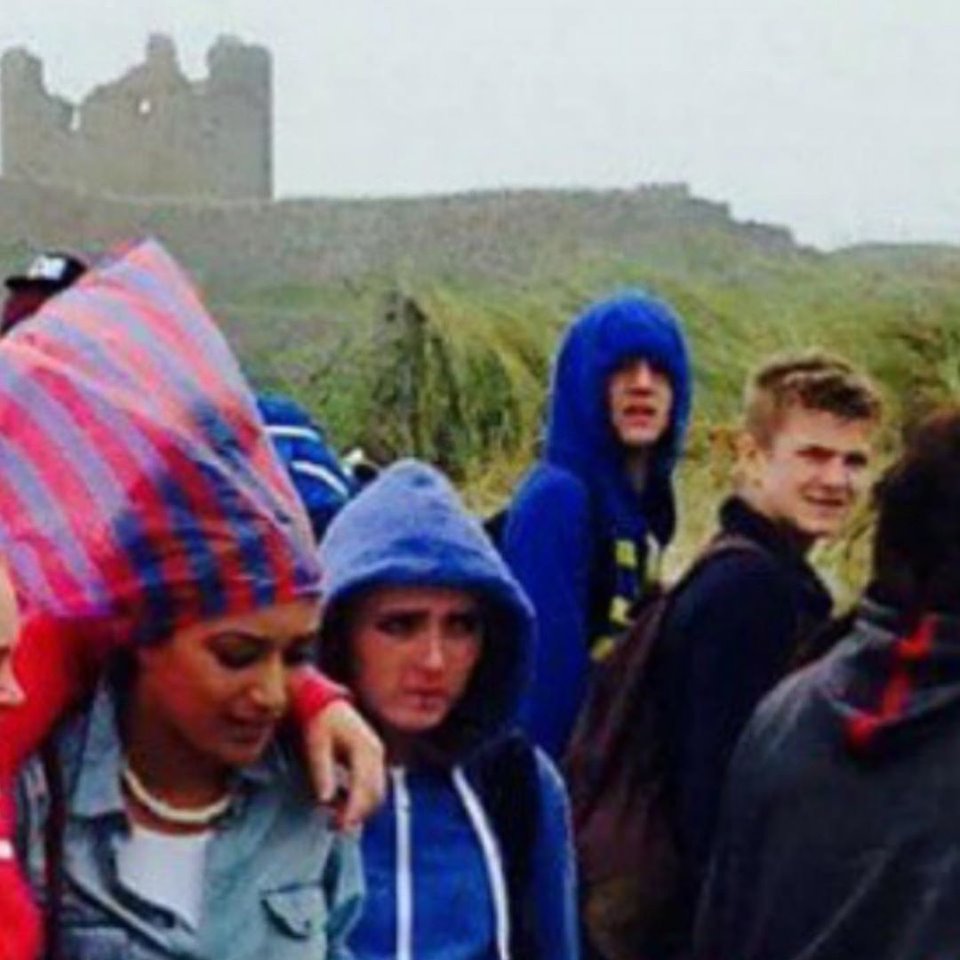 At the age of 17 I began to realise that I was perfectly grand the way I was and maybe everyone else had the problem (Mind you my family had been screaming this at me all along). It was other peoples ignorance that was the problem. Not my skin or hair! I eventually became more comfortable in my skin, my features and hair. Two years ago I was doing a shoot for a popular Irish magazine. At this point I had accepted myself for who I am and I was so proud of what I’d achieved. I was proud of my beautiful brown skin and perfectly imperfect curls. I sat down and spoke to the hairstylist and explained how I’d love to keep my hair natural. She said “okay but Ill just chopstick curl those few frizzy bits”. Obviously with the nature of afro hair by the end, my entire head was chopstick curled and there was hardly any sign of my natural afro.

That stylist really hurt me that day. It was a reminder of why I tried so hard to change myself when I was younger. I had a meltdown in the bathroom (thankfully had some pals and help me splash my hair with water to try get it back to normal 😂) I stuck on a smile and did the shoot.

I’ve been called a n***er walking down the street. In the pub, while others who overheard put their heads down and didn’t want to get involved because it made them uncomfortable. Even while minding my own business. When I won the Rose Of Tralee in 2018 I was just as shocked as anyone else. It was surreal. But it was short lived, There was lovely frequent reminders in the comment section of posts, articles and videos that I was only chosen because “I was black” and “the Rose of Tralee were scared of being accused of being racist if they didn’t pick her”. 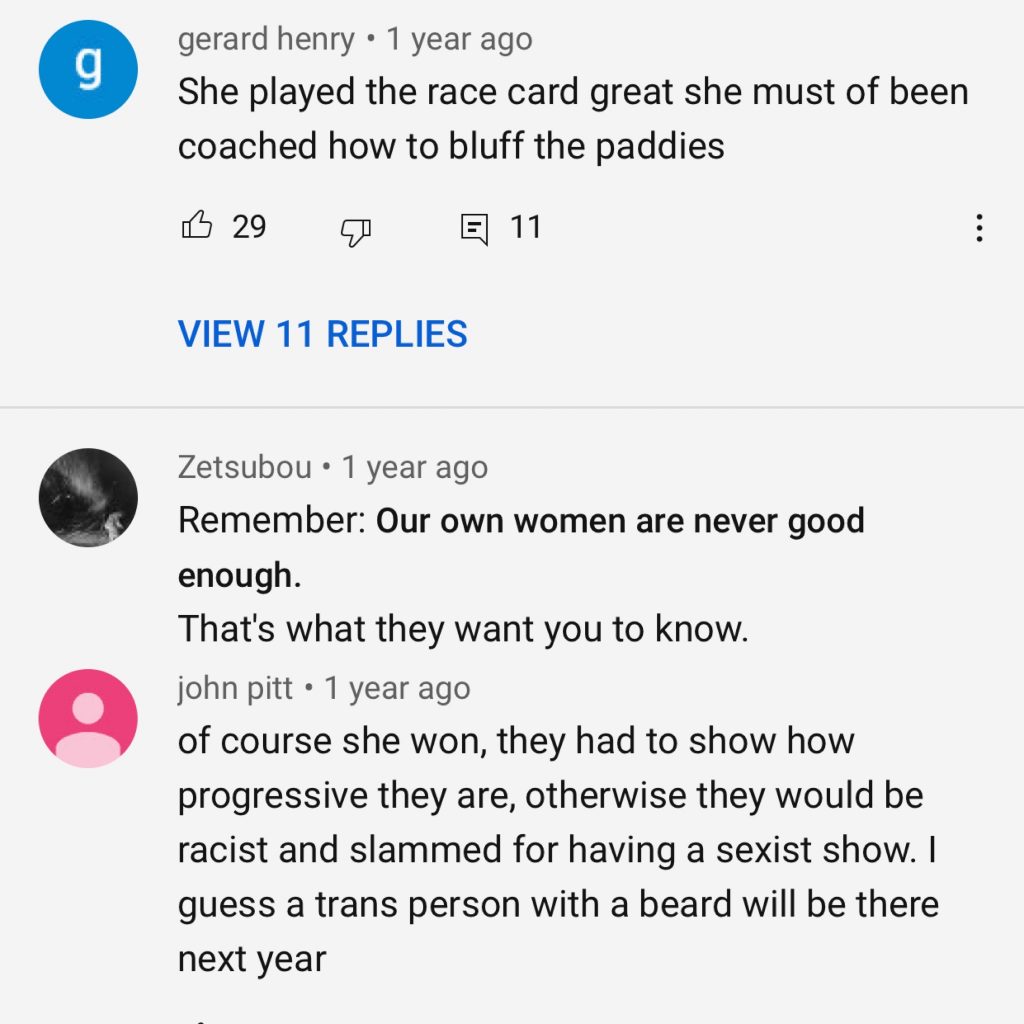 I got up on stage and spoke about my life.. my family, my hobbies, I did my party piece the exact same way everyone else did and I get accused of pulling the “race card”. It seems impossible to some people that a black girl could achieve something so fantastic and prestigious on her own. That there must be catch right? Who did she pay off ? Must have been a brown envelope job. 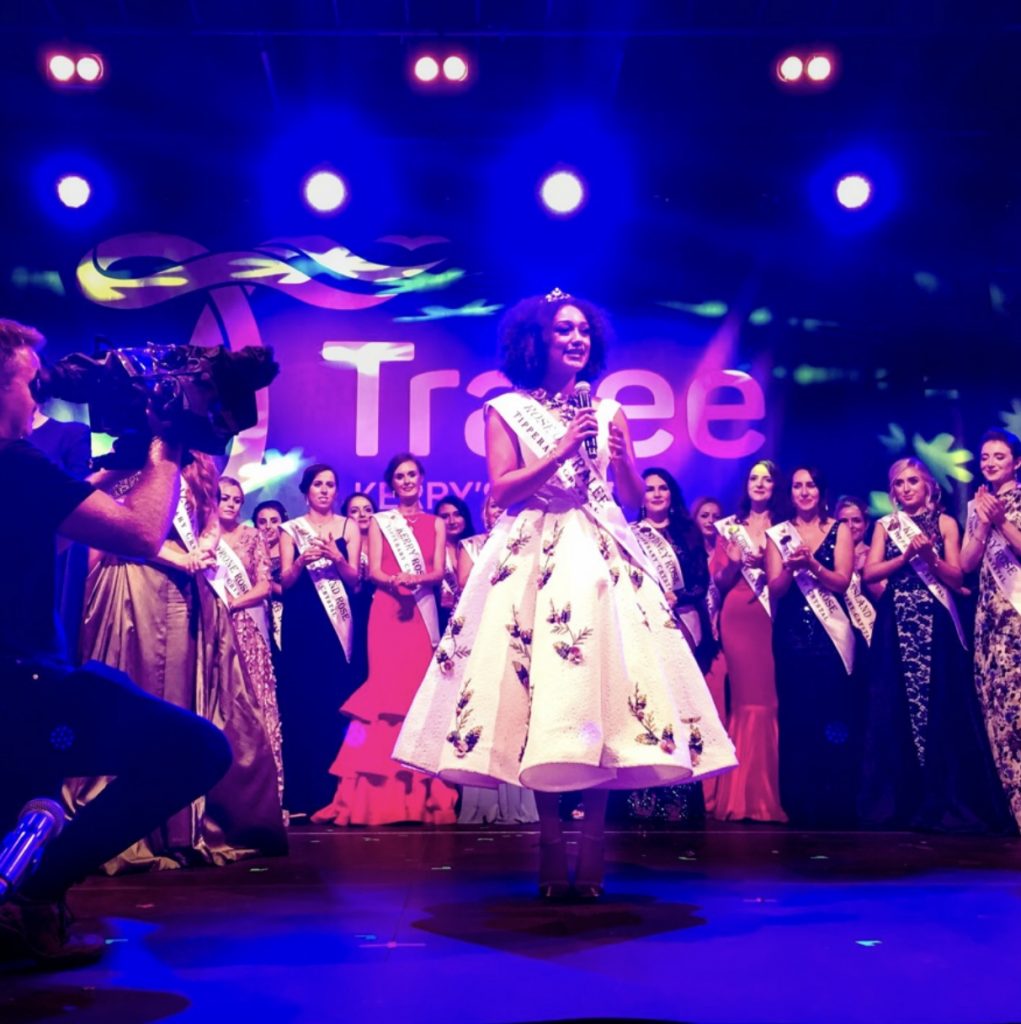 For those of you who supported me and continue to, thank you! I love and appreciate you all so much I’ve made so many friendships I’ll treasure forever ✨ I always thought racism was my problem, a black people problem, a people of colour problem. Something that we all just had to just deal with and that it was our job to educate white people. About a year ago I was at a party and a girl began to lecture me about how I could/should be doing more about racism here in Ireland. She was white. I couldn’t find the words on the night I was so taken aback but I was livid and I wanted to just scream at her and say “WELL WHAT ARE YOU DOING THEN, KAREN” (her name wasn’t Karen but it was a Karen thing to say).

I knew in my heart I was doing enough because I was doing ME. A normal Irish girl doing normal Irish girl things, telling her story but just so happens to be able to sprinkle some black girl magic along the way. It shouldn’t be just up to black people and people of colour to educate white people on these issues. Everyone needs to take responsibility and have the conversations that make them so uncomfortable. Believe me it’s not comfortable for us to talk about either because it hurts. I know this was long and thank you for making it this far, I just wanted to share some of my experience of racism with you all ❤️ Right now our neighbours across the pond need us most and there are loads of ways you can help ✨ All the love and don’t forget to just be sound x

Kirsten Mate Maher was crowned Rose of Tralee in 2018, and has been an inspirational and outspoken role model since, travelling the world to do good work. Thank you so much for sharing this Kirsten x