How To Fall Flat On Your Face – By Katie

I am an actor and theatre-maker from Waterford.

I started acting when I was eight and did my first play with Little Red Kettle in Garter Lane Arts Centre. I think from then I wanted to be an actor! My work in the arts has definitely moved in different ways. I spent a lot of my teens in musical theatre and moved to Dublin at 17. Within my first few years in Dublin, I performed in the National Concert Hall, Gaiety, Wexford Opera House (not in Dublin, I know) and performed on BBC’s Over The Rainbow. In 2011, the Lir Academy, Ireland’s first national academy of dramatic art, was being built in association with RADA. I auditioned and got accepted. I trained there for three years, and it was rigorous! Amazing, but tough! I think for the whole of year one I thought I hadn’t a clue how to act anymore because everything I knew was being turned on its head. I learned so much in the Lir, the experience I gained really changed my connection to the industry and how I wanted to make work.

My first gig out of drama school was with ANU Productions in the Dublin Theatre Festival — ANU is an exceptional company that make site-specific work. Over the years, I have played comedic roles where I switch between many characters like in Murder of Crows which came to Garter Lane, I have sung and danced in the rain in a warehouse rave musical at Cork’s Midsummer Festival and played a vampire on the main stage of the Abbey Theatre. 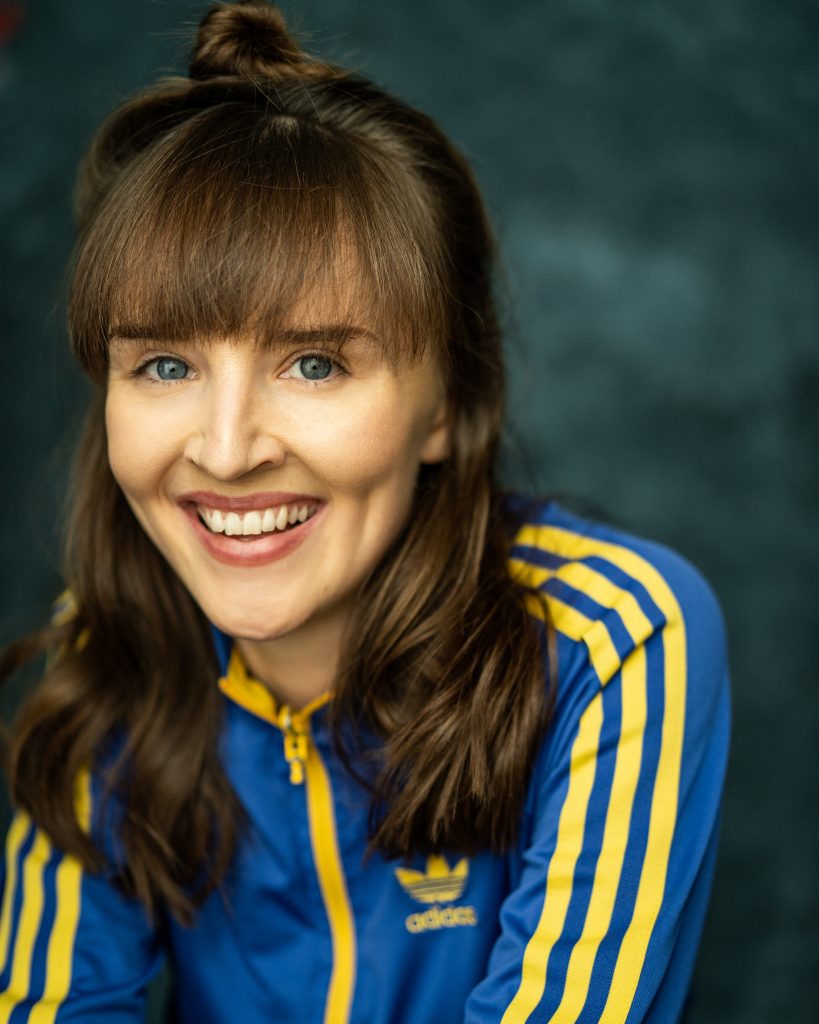 I moved to London two and a half years ago. Within a year, Covid hit and of course, changed everything. I took this time to write. Before lockdown, I was approached by a producer I worked with on a film about possibly writing a script. Lockdown gave me the time and space to sit down and do this. So, I started to write a feature film script! I was writing and writing and writing, but after a number of weeks, I felt it wasn’t working. The concept was good, but it wasn’t flowing. I then was scribbling different bits in a notebook and thought of a story arc for a one-woman play that excited me. I wrote the bones of a draft in three days — nothing like what it is now. I typed up what I had and sent it to my brilliant dramaturge sister Laura Honan, which was terrifying! As a dramaturge, she guides playwrights on story structure, concept, themes…! The list goes on! We had our first meeting over zoom, she gave notes and then we were off. I had begun a drafting process of the play. Since that time, I have been awarded a Playwright & Producer Grant from Waterford Council and an Arts Council Ireland Project Award. I secured Garter Lane as my production partner, carried out a workshop week of the play, assembled a creative team passionate about the project and went through six drafts to reach a completed script. All in all, the script was formed over eighteen months. A lot has changed since draft 1, the first title of the play was How To Become A Superhero In Seven Days and the play is now called How To Fall Flat On Your Face.

The initial inspiration for creating this story was; when I moved to London I fell flat on my face. Literally. I had only lived in London for two months when I had a very bad fall and I ended up alone in an unfamiliar hospital with my injury. I was swollen, cut, bruised and broken. I was embarrassed by my appearance and terrified of how it would affect my acting career. Waiting to heal, I felt trapped in a body and with a face that was not my own. My nose was reset, but I could not get past that it now poked in a different direction. Gradually I came to accept the new curve in my nose and scar on my lip which was left. I found I could only accept my external by unravelling my internal hurt. Anna is the play’s leading character and her story is fictional but inspired by a personal struggle. I believe by sharing stories of struggle we connect, we heal and we grow.

How To Fall Flat On Your Face is a funny and dark deep dive into how “sweating the small stuff” can escalate. When I wrote this piece, I knew Garter Lane Arts Centre was exactly where I wanted to stage it first! I am massively excited to premiere my debut play as a writer in this special theatre. We open on International Women’s Day and run from March 8th – 12th. 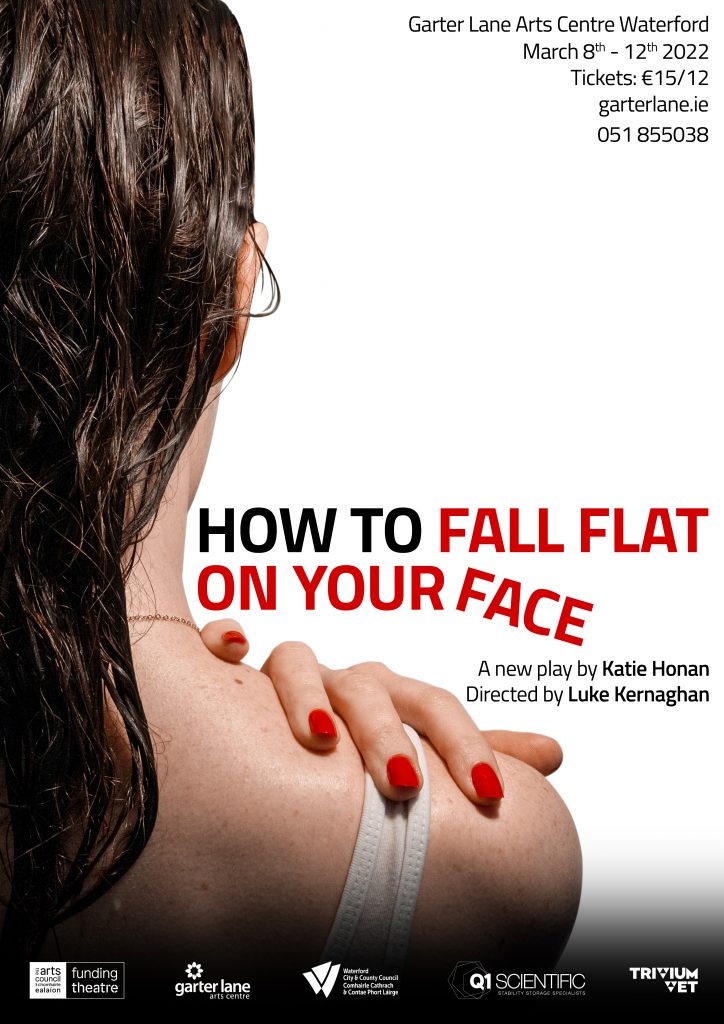