Why you should be obsessed with Gina Rodriguez

Gina Rodriguez is the Golden Globe winning start of “Jane the Virgin”. Awesome show, bit bonkers but sure lookit, we love bonkers.

But Gina is way more than that. Herself and her sister Ivelisse were the first in her family to get a college education, and because of that she is passionate about promoting others to engage in and appreciate the gift and luxury of education. “Education was for us,” Gina said. “My dad would always tell me, ‘You can do poorly. I’m going to be alright, but are you? Your education doesn’t belong to me. It’s yours, only you own it, but no one can take it away from you. So own it, so get it.’”

Gina also regularly speaks out about the the importance of loving and embracing your body. Diagnosed with a thyroid issue at 19 that led to hypothyroidsim, an issue which can cause weight gain, Gina wrongly believed that this illness would prevent her from achieving her dreams, because “industry tells me I have to look and be a certain way to accomplish the things I had dreamt of when I was a kid”. She continues “So once the rebellion of that and the rejecting of that happened, then I started to embrace my beauty and those images that I saw that I didn’t look like. They were just different versions of beauty, and so was I. Now it’s not about those pounds or that weight, or if the jeans are tight or loose, it’s about feeling strong and beautiful.”

Gina’s Dad was a boxing coach, and her whole family learned to box at an early age. More importantly, they learned to never hit first, and to only defend themselves in extreme circumstances. Their parents told them that people who are aggressive to others are usually suffering themselves. In fact, Gina walked up to a bully in 8th grade (aged 12) and asked “Who hurt you???” and used our all time favourite quote to explain her actions, saying “Hurt people hurt people.” 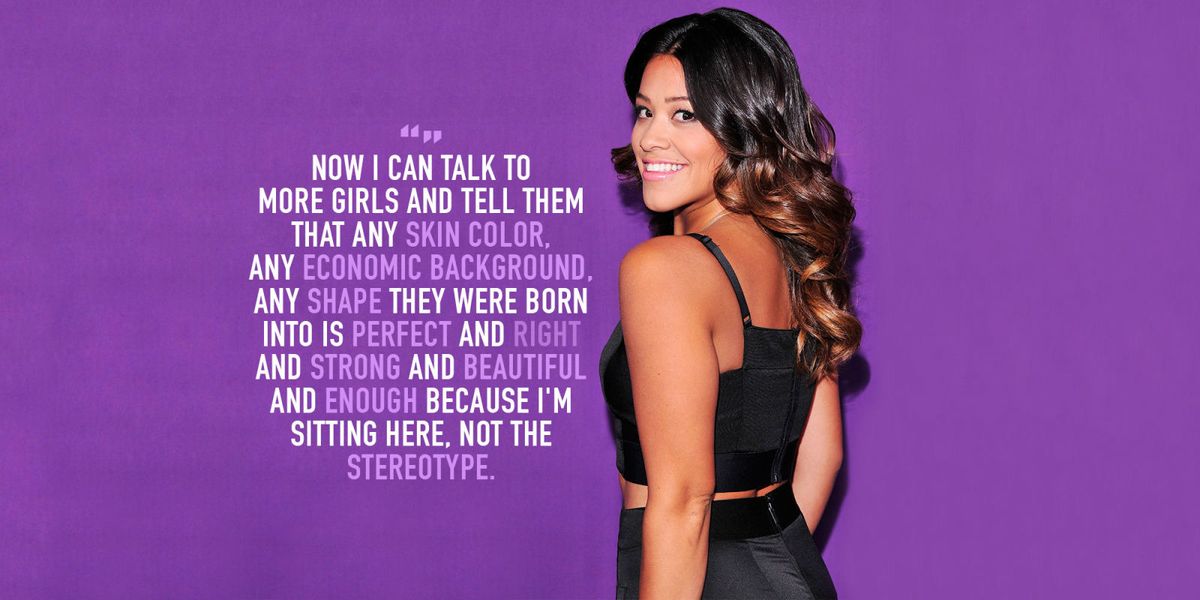 Gina said all this and more in an interview with another Shona favourite, Lena Dunham, in her Podcast, “Women of The Hour”.  You can listen to it here, its real good.