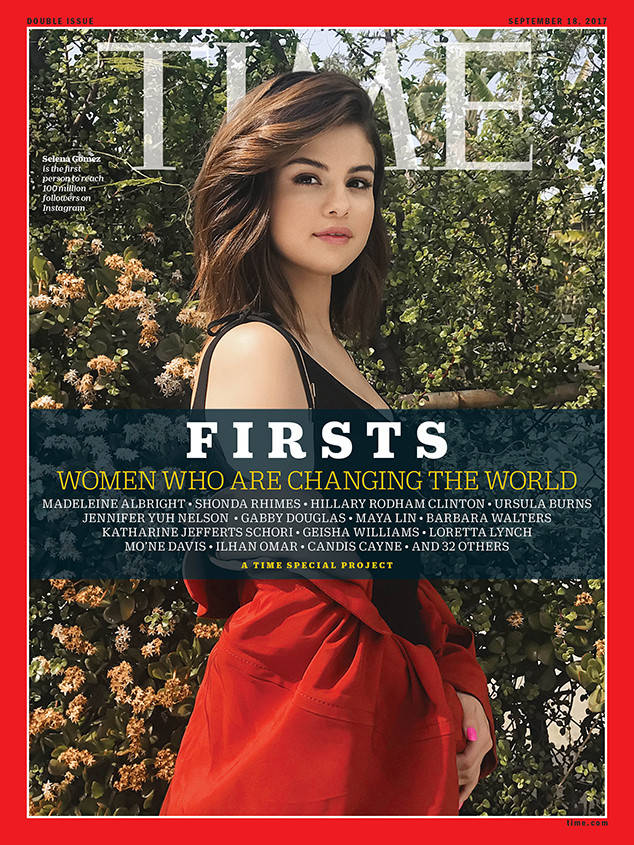 Well, Time magazine obviously agrees, as this months “Firsts” issue celebrates the women who are changing the world. Selena Gomez graces the cover as the “Tastemaker”, due to becoming the first ever person to reach 100 million followers on Instagram (currently standing at 126 million).

According to Time, “Our goal with Firsts is for every woman and girl to find someone whose presence in the highest reaches of success says to her that it is safe to climb, come on up, the view is spectacular. This beautifully put together project features so many role models, and celebrates their stories in a series of videos in which the awardees talk about how they stay motivated, challenges they’ve overcome, the people who shaped them, and the ceilings they shattered.

In her own video, Selena talks about how social media can cause feelings of insecurity…

“I think it’s really hard to be a kid now, especially with social media,” she said. “I can’t imagine what it would be like to grow up with that. It’s already difficult to get up every day and just feel good about yourself without seeing the highlights of everyone else’s life. That’s why I like being vulnerable with my fans on social media. I like that they’ve seen my mistakes. I try to use that as a way to connect with them. Strength doesn’t mean that you have to put on a facade. I think strength is being vulnerable.”