If you don’t know who Filomena Kaguako is, she is a blogger, a writer, and an all-around good human. She even gave a TEDx Talk which you can check out below 😉

As many of you may know, October is Black History Month and Filomena has very kindly written a post for us with lots of different anti-racism resources that will encourage healthy discussions about racism while also providing reliable information for people with a genuine desire to learn more.

Take it away Filomena…

If the last six months have taught us anything, it is that this is a year for massive change. Difficult conversations are no longer taking place in the comfort of our own homes or secretly behind closed doors. Instead, they are happening in public spaces among friends, family, and loved ones.

The nuances of deeply complex issues are being discussed at multiple levels and to continue the worldwide fight for racial justice after the inhumane murder of George Floyd, the topic of racism in countries other than America has been brought into question.

This global outcry has forced a national dialogue across Ireland about the mistreatment of migrants, direct provision, and ultimately racism. It led to people on the receiving end of racist attacks taking to social media to share horrendous accounts of their mistreatment as well as elaborate discussions about the various ways people can be more empathetic.

Living in the age of information means it can be hard to know where to begin to seek reliable resources about race. I personally believe that the best resources about racism do more than simply provide insight into the difficulties that can come from being a minority, I think they encourage healthy discussions about racism that are rooted in empathy and a genuine desire to learn more. Most of all, they are approachable.

To commemorate Black History Month, I have compiled a list of anti-racism resources similar to the one I published on my blog Enhance What’s Yours back in June. Of course, these lists are not exhaustive, but they’re a good place to start.

So without further ado, here are some anti-racism resources for those looking to have a fruitful discussion about race while broadening their horizons in this area:

Today is the big day! Make sure to join us and our amazing panelists & keynote speaker at 5:30pm. Registration is still open and the link is in our bio. @accentureireland #accenture #african #professional #inclusion #diversity #networking #event #panelists

The African Professional Network of Ireland is an organisation that connects African professionals across Ireland through various networking events. APNI has been running a series of events this month to celebrate Black History Month this year.

How to Be an Anti-racist

Written by Ibram X. Kendi, founder of the Anti-racism Research and Policy Center, this New York Times bestseller explores neutrality. It highlights the importance of being actively anti-racist rather than sitting at the sidelines or declaring oneself not be a racist. It Emphasises that not being racist isn’t enough, being actively anti-racist is the key to fighting racism. 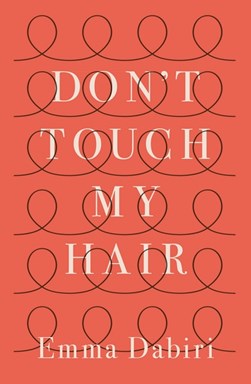 Emma Dabiri’s debut book Don’t Touch My Hair sheds light on the stigmatisation of black hair. Dabiri heavily explores the history of black hair and how it relates to her own background. She provides insight into what it was like for her to grow up in Ireland as a mixed race female whose hair was “a constant source of deep, deep shame.”

You have been really engaging with our content and we are so grateful for that. We hope you are learning a lot for the pieces we are writing up about historical figures and moments. For another part of Black History Month we wanted to provide you with is a chance to interact. A chance to take part in something as a community. That is why this this month we’ll be hosting a series virtual Movie Watch Parties through zoom. Starting this Friday with ‘The Wedding Party, a Nigerian romcom based on cultural differences which became Nigeria’s highest grossing movie in 2016. We have 100 spaces, so if you want to take part, the ticket registration link is in our bio. You’ll be connected to people all over the country and will get the chance to experience one of Nollywood’s finest films. We are also releasing our calendar for the month so you can see what virtual activities we have planned. If you would like to take part or have something you would like to contribute please message us. This month is for you!! Much love ☘️🖤 . . #blackandirish #blackirish #blackhistorymonth

The Black and Irish Instagram account first emerged over the summer of 2020 and has since them accumulated over 43k followers. It celebrates the Black Irish community while providing educational resources around black history.

The 2019 film tells the story of Harriet Tubman, one of the greatest black female heroes. The film focuses on freedom and the journey of how Tubman travels up to 100 miles to free hundreds of slaves through the underground Railroad. It is a story about liberation and solidarity.

For more resources have a look at my blog entitled ‘5 resources that promote healthy conversations about race.’