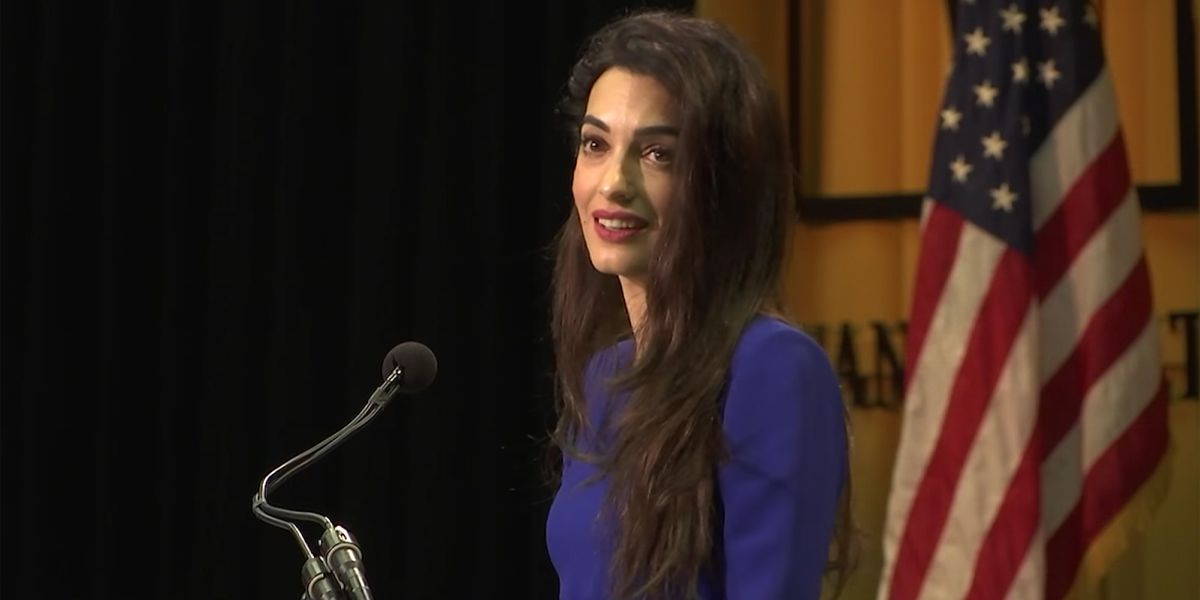 If you’re ever stuck for a little inspiration and a good pep talk, make a cup of tea and google “commencement speech”. At this time every year, American colleges invite the worlds most over achieving over-achievers to inspire those who are about to enter the big bad world, degree and CV in hand.

In Vanderbilt University, New York, Amal Clooney held the crowd in the palm of her hand as she spoke of courage. The human rights lawyer, who has fought for the rights of the underprivileged her entire career has always shown us how be tough and compassionate at the same time, and how to stand up for those who can’t fight for themselves, even against those who are louder, and more intimidating than us.

“Courage, as they say, is contagious,” she said”. People who have had the courage to change their societies—in India, in South Africa, in the United States—inspire each other and create rights for future generations. But when I look at the world today, I see that courage is needed more than ever.”

“At a time when more journalists are in prison around the world than at any time in the last three decades—and even here at home, [where] the media is under attack from the White House—we need courage. And at a time when our politicians try to conflate the terms ‘refugee’ and ‘terrorist’ and make us fear one another, we need courage.

“We need young people with the courage to say this is our world now and there’s going to be some changes,”

“Be courageous. Challenge orthodoxy. Stand up for what you believe in. When you are in your rocking chair talking to your grandchildren many years from now, be sure you have a good story to tell.”

Amal closed by saying, “It’s character traits like persistence, ambition, inquisitiveness and grit that will determine your success,” she said. “And perhaps more than anything that will define you is your courage. That is the virtue on which all others depend.”

Watch the speech in full below…