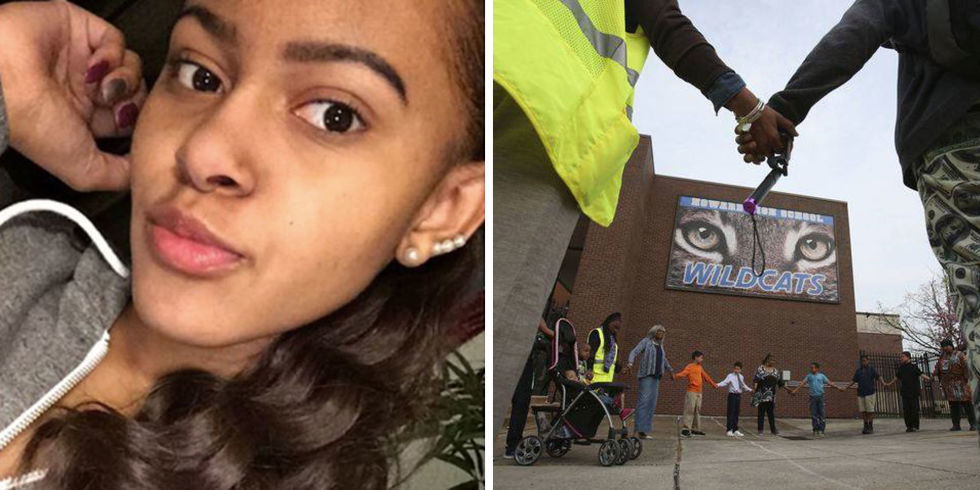 “This is not only an unspeakable tragedy for her family, but also for the school, and the entire community.”

On Thursday, a 16-year-old sophomore girl at Howard High School of Technology in Wilmington, Delaware, died after a fight with multiple other students in a school bathroom.

“There was an altercation that initially started between two people, and my understanding is that additional individuals joined in against the one person,” Gary Fullman, chief of staff to Wilmington mayor Dennis Williams, told CNN.

Suffering major injuries, the girl was in critical condition when she was airlifted by helicopter to A.I. DuPont Children’s Hospital, where she died earlier today. According to multiple sources, two students involved in the altercation are currently being questioned by Wilmington police. The cause of the fight has yet to be determined, and police are still working to determined the cause of death. At this time, they do not believe a weapon was used.

“This is not only an unspeakable tragedy for her family, but also for the school, and the entire community,” a statement on Howard High School’s website reads. “We express our prayers and deepest sympathy to her family, who need your support and sensitivity at this time.”

“We are shaken but stand ready to provide support and care to the family, to Howard students and staff, and to all of those affected by this senseless act,” the statement continues. “We ask that you do the same.”