The amazing story of Yeonmi Park North Korea is one of the world’s most repressed countries. Ruled by Kim Jong-Un, all basic freedoms are severely restricted. A 2014 a UN Commission of Inquiry found that abuses in North Korea include extermination, murder, enslavement, torture, imprisonment, rape, forced abortions, and other sexual violence. North Korea operates secretive prison camps where perceived opponents of the government are sent to face torture and abuse, starvation rations, and forced labor. There is no independent media, functioning civil society, or religious freedom.

In 2007, 13 year old Yeonmi Park managed to escape North Korea with her mother. Now aged 24, and a student of Columbia University, she still travels the world sharing her story to educate people on the awful atrocities that the North Korean people face. 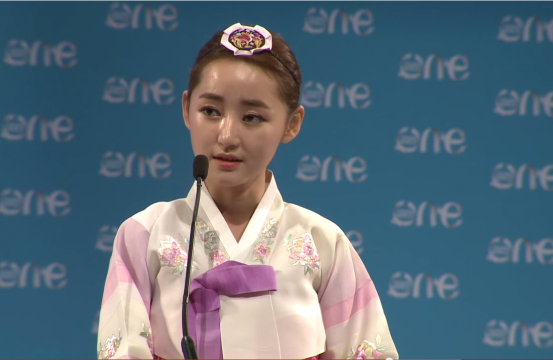 It was, however, her speech at the Young One World Summit in Dublin in 2014 that first drew the worlds attention. Over the past few days the speech has been reshared and as a result, hundreds of thousands have seen it for the first time. In the clip, the packed audience can be seen crying as she talks about her escape from ‘the darkest place in the world’

“North Korea is the only country in the world that executes people for making unauthorized international phone calls. North Koreans are being terrorized today,” said Park. “When I was 9 years old, I saw my friend’s mother publicly executed. Her crime? Watching a Hollywood movie.There’s only one channel on TV. There’s no Internet. We aren’t free to move, sing, read, wear or think what we want.”

“My story can only speak for myself, but I’m not the only victim of this tyranny. There are millions of people, so many people who have not achieved their dream: to be free. We should not forget those victims.”

We should warn you that this clip is hard to watch…