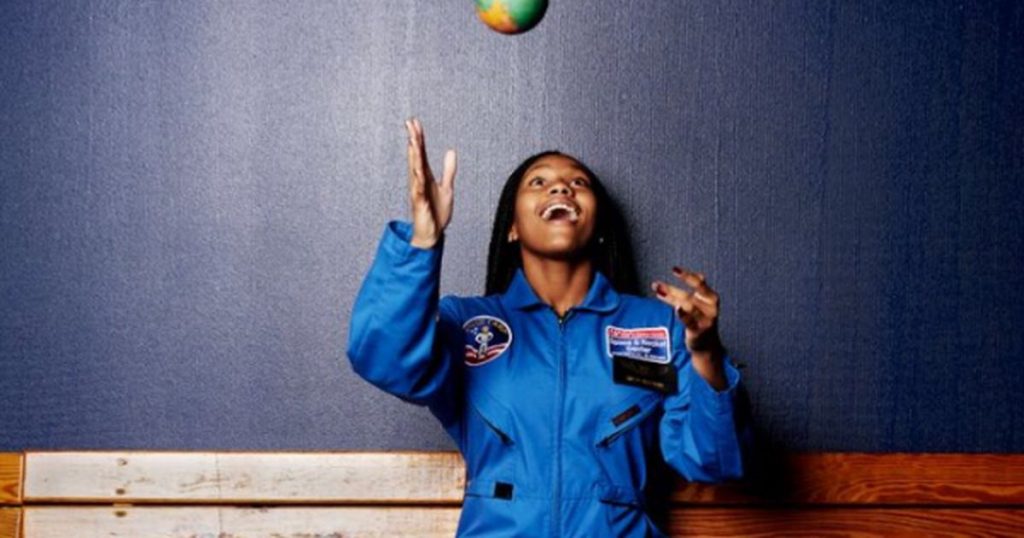 A 14 year old american legend called Taylor Richardson has raised, as of today, over $25,000 via GoFundMe so that 1,000 girls can go and see the movie A Wrinkle in Time.

In an interview on Good Morning America, she said “I wanted all girls, especially girls of colour, to know they can be whatever they want to be when they grow up and also can struggle and have flaws and still be successful in life.”

The funds will be used to give cinema tickets to private screenings to young girls, and Taylor has even accounted for munchies! The fund originally only needed $15K, so the extra will be used to buy copies of the book for a further 100 girls, and still leave some for the Astronaut StarBright Space Camp scholarship.

“I’m so excited about the upcoming movie A Wrinkle in Time, which is scheduled to come out spring 2018,” Taylor writes. “It shows young, black girls deserving a chance to be a part of the scifi cultural canon; [i]t has a female protagonist in a science fiction film. A brown girl front and centre who looks like me in the role of Meg, a girl traveling to different planets and encountering beings and situations that I’d never seen a girl of colour in; [m]ost impressive and importantly, it’s a fantasy film that is not about some white boys fighting evil, but about a black girl overcoming it.”

Taylor is an aspiring Astronaut, who fundraised at age 9 so she could go to space camp. She also raised $18K to fund multiple screenings of Hidden Figures in 2017.
What can you do to inspire your fellow girls? Raising $25K sounds like a lot, but start small and start local. The only thing that matters is that you start. You can follow Taylor on twitter at @astrostarbright to see how she does it.

Here’s the trailer for A wrinkle in Time. We’ll be first in line when it comes out in Ireland on March 23rd.

UPDATE: Since we posted this article, we’ve been sent a tweet about another amazing girl who wants to make sure that everyone has access to this book…

Over halfway to our 1,000 book goal for our #WrinkleInTimeChallenge, going to hand deliver books to schools, shelters and the boys and girls club. We need 434 more books to hit our goal. Lets do it for the #FlintKids #TeamMari