10 minutes and 10 Questions With Terry Prone

When I was growing up there were no well known females in Business. Apart from Terry Prone.

Before I did my leaving cert, I knew her by name, I knew she was the voice behind many powerful people, writing their speeches, handling their PR and sorting our their crises. At that time, it was assumed that powerful women were to be feared, as they must have clawed over every women who got in their way to get there. Think Meryl Streep, in ‘The Devil Wears Prada’. She’s tough, so she must be a bitch. She has a career, so she must have abandoned her child. She is super successful, she must be horrible to her husband. This might have changed a bit, but we still have a way to go.

Terry has published 29 books including eight critically-acclaimed novels, an award-winning collection of short stories and more than a dozen practical guidebooks. She has contributed to The Irish Times, The London Times, the Irish Independent, The Sunday Telegraph, The Guardian, The Daily Mail and The Readers Digest. She has a weekly column with The Irish Examiner.

Terry is the speechwriter for captains of industry, government ministers and European Commissioners. She is the most frequently-used crisis management consultant in Ireland, dealing with issues as diverse as blackmail, terror threats, industrial accidents and medical scandals. In her spare time, Terry reads 8 books a week, plugs leaks in her Martello Tower and knits scarves and hats for her son, Today Fm Presenter, Anton Savage. She gets up at 3.50 every day, and has a days work done before you drag your butt out of bed.

How lovely it was to hear that Terry is still terrified of meeting new people. Everyone has insecurities, and that’s okay. And, might I say, how lovely is it that she responded to my request for an interview within 24 hours, and was gracious, honest and kind. She didn’t correct any of my spelling or grammar, although I’m sure the temptation was there. I’m still hanging in there for a coffee invite, but lets take our new relationship one step at a time….. 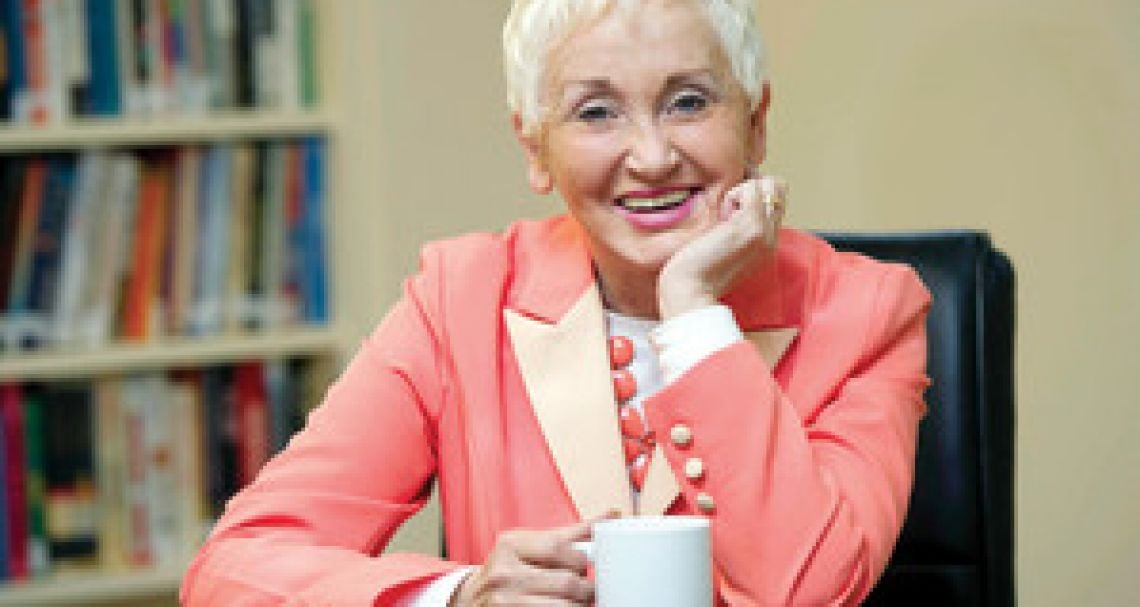 Describe your teenage experience in 3 words..

When you were 15 where did you hope you’d be by now?

The most famous actress in Ireland. (Back when I was 15, they called women in the theatre actresses.)

How has that worked out for you?

When you’re grossly overweight at 19, I’ll tell you, you don’t get much calls to play Juliet. The Artistic Director of the Abbey theatre pointed out to me that he had loads of fat middle aged women to play fat middle aged women in plays and that I should get a grip. If I could have got a grip, I would have. Instead, I went into radio, where they can’t see you.

First, an editor named Tony Butler. I submitted stuff to him and he semi-adopted me and taught me how to write for newspapers. Second, my mother, who regarded school as an irritating necessity and ambition as an imperative.

If you could invite 5 women, living or dead to dinner, who would it be?

Who is your go to female when you need a shoulder to cry on and why?

My sister, Hilary. Because she devotes her entire life to other people, would give you the shirt off her back, has ludicrous confidence and belief in me, and always makes me laugh.

I never think about it. It’s just a reality.

Nothing. I hate older people who think they know stuff worth laying on The Younger Generation. I know much less now than when I was fifteen and I’d be asking my 15 year old self for a steer on a load of stuff.

So many more questions….. we’ll have to leave them for next time, or you know, dinner, brunch, coffee (just sayin’).