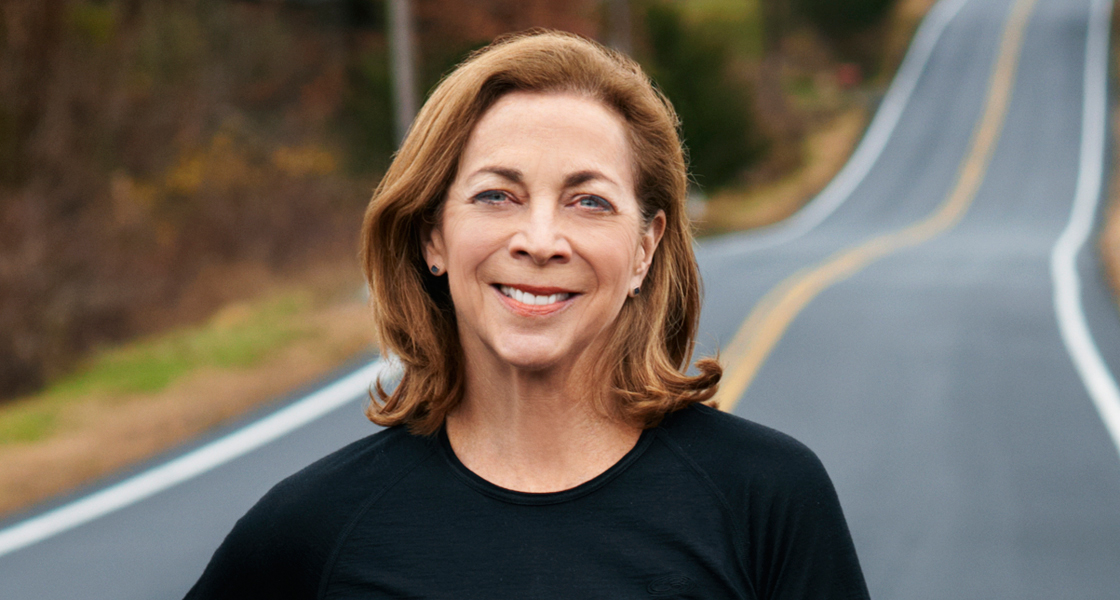 This is Kathrine Switzer. She is a marathon runner.No biggie right?

These days we are used to seeing pictures of thousands of men and women crossing the line at Marathons in New york, Boston, London, Dublin, Dingle. In 1967, marathons weren’t as big a deal. In Boston, less than 1,000 runners registered and were rewarded at the finish line with a big bowl of beef stew. Oh, and the runners were all men. Because women were banned from competing. Only 50 years ago it was generally accepted that women weren’t physically built for running more than a mile.

Kathrine was having none of it, she registered as K.V. Switzer, and turned up on the day with all the other fellas. Was she greeted with open arms, was she heck! 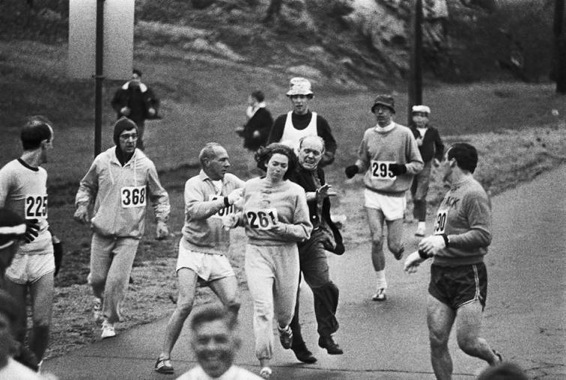 Throughout the entire run, the boys tried to stop Kathrine using as much force as they possibly could while her boyfriend muscled them away.

I mean just look at them… 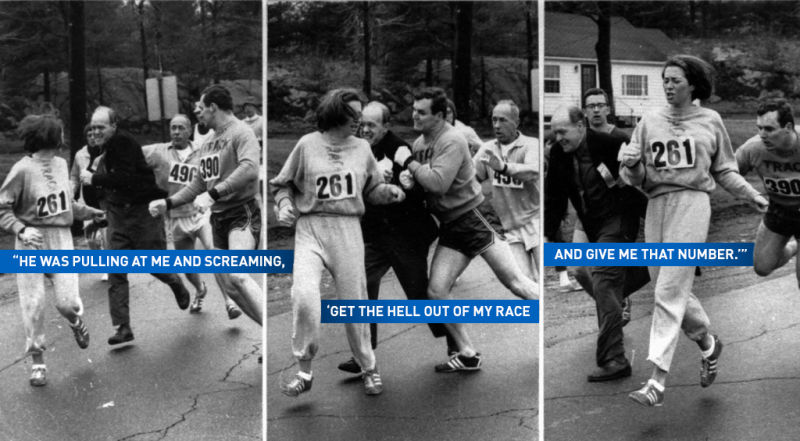 Despite all their best efforts, a shaken and angry but incredibly awesome Kathrine crossed the line in a respectable 4.20. Next year she is looking forward to celebrating the 50th anniversary of her run, by running again in 2017, aged 70.

Now get up off the couch and go for a run, because she made is so you can.