Okay, full disclosure, Grace O’Malley or Granualie, has been dead for 600 years, so the likely hood of you getting to hang out with her anytime soon are pretty slim. But this is one of the coolest women to ever grace our shores, and we don’t hear about her as much as we should. 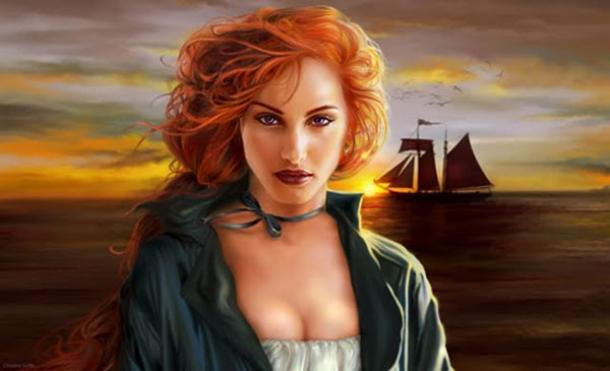 Yeah, she probably didn’t look like that either, but sure we’ll go with it for now.

Grace was born in 1530 to an Irish chieftan, and grew up on ships as her family were sea traders. At the time it was considered bad luck to have a woman on a ship, so she would shave her head to disguise herself, which is where the name Grainne Mhaol (bald Grainne) comes from.

Grainne was married twice but she wore the trousers in both marraiges and wasn’t averse to a bit of extra marital activity either. At the height of her power she had an army of 200 men and a fleet of ships. When her brother and two sons were taken prisoner by the English, Grace hotfotted it to England and demanded to see Elizabeth 1st to negotiate their release. She left with not only her head still on her shoulders, but with the 3 lads by her side.

Grace was the original badass of the West and continued to give zero F**ks until her death at the age of 72. You can read more about her here.