Selena Takes Time to Look after her Mental Health

Yesterday, Selena Gomez announced that she will be taking a break from her career to take the time to focus on her mental health. In October 2015, Selena told her fans that she had been diagnosed with Lupus and was undergoing chemotherapy, saying at the time:

Thank you to all my fans for your support. You know how special you are to me, but I need to face this head on to ensure I am doing everything possible to be my best. I know I am not alone by sharing this, I hope others will be encouraged to address their own issues.

As many of you know, around a year ago I revealed that I have lupus, an illness that can affect people in different ways. I’ve discovered that anxiety, panic attacks and depression can be side effects of lupus, which can present their own challenges. 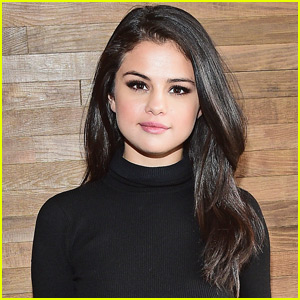 Selena Gomez has a major influence on all us pop fans, with a combined 142 million followers on her Instagram and Twitter accounts.

Consider then, the effect that her statement will have on her fans. Firstly, by raising awareness of Lupus (cue frantic googling of the symptoms) but also for those who are struggling with mental illness, and are afraid to talk about it, for fear of judgement.

In these cases, the hardest thing to do is admit that you are struggling and ask for help. This move will encourage millions to take the time for themselves and remove much of the stigma attached with depression and anxiety.

Kenneth M. Farber, the co-CEO and co-president of the Lupus Research alliance,  also released a statement to People praising Gomez for her bravery and noted the side effects the singer is experiencing. “It is not commonly known that depression, anxiety and panic attacks can be side effects of lupus,” he explained before adding, “We are so proud of Selena for taking care of  herself and bringing awareness to this sometimes very misunderstood illness.”

Everytime somebody talks about their own issues, it can potentially inspire someone else to do the same. What a great place to start.

You can read more about Lupus here.