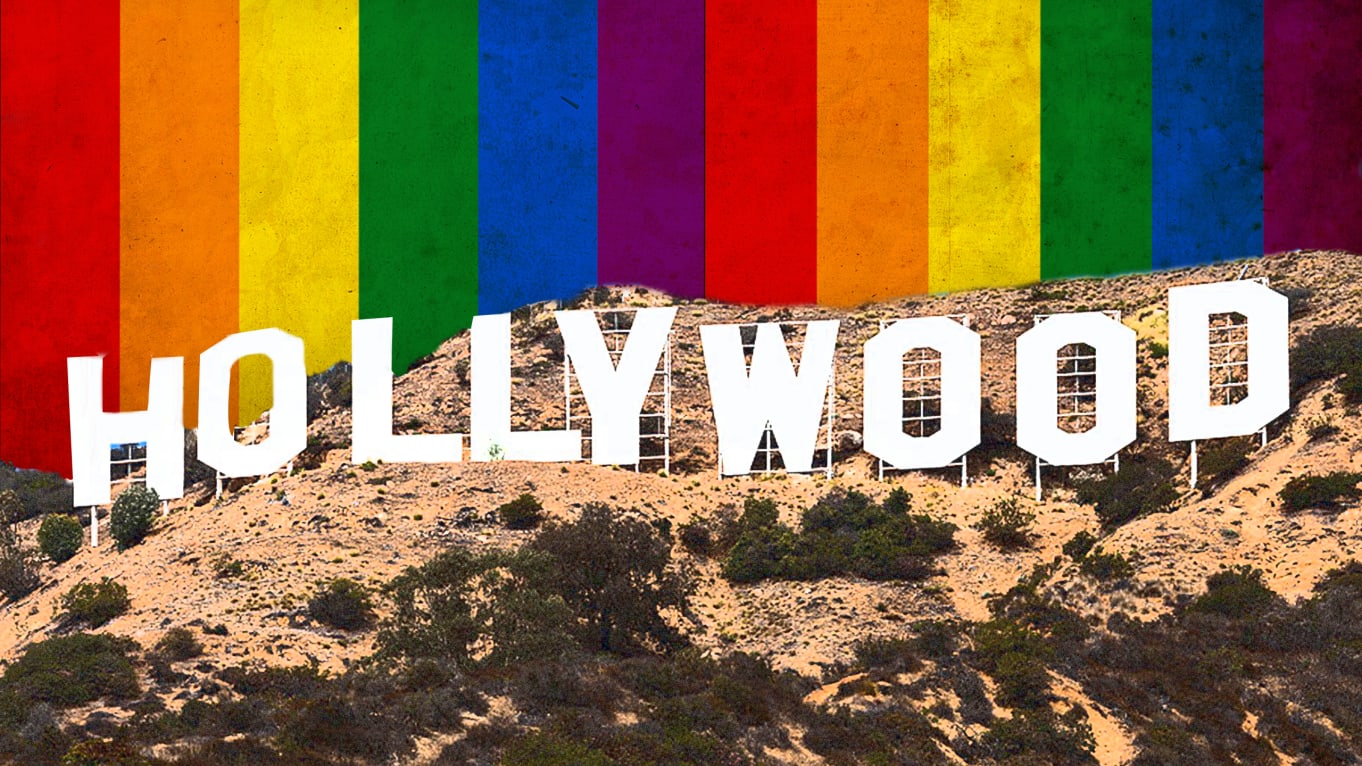 Pride is this weekend, and we have been taken over by Alana for this week, who will providing us with education and inspiration from the LGBT+ community.

As we know, representation is important, so today she shares her top 10 movies for LGBT ladies x

Closets are lonely places with lots of dark corners that have even darker secrets. It’s not always the friendliest spot to stay since you are the one left to deal with your thoughts, too nervous to share them with other people and since you can’t see anyone in your own life who is like you, you look to other places for this representation. When I was growing up, movies were my best friends, they were my educators, my favourite place to escape and in the month of June, right after school had ended, I would spend literally days boxed up in my room watching any film I could get my hand on. It was a safe way for me to learn about the world without having to step outside my door and take any risks. As I got older, I knew there were aspects of who I was misrepresented. So, I scoured the internet for representation in movies to reaffirm that I wasn’t alone. Since coming out, there have been so many wonderful LGBTQ* feel-good films that are produced by Queer women who know how to authentically portray LGBTQ* relationships. This list has some of my favourite “golden oldies” of LGBTQ* movies and some of the newer ones for you to curl up to and watch! This list of films is based on two things

1) watchability of film and

2) portrayal of LGBTQ* characters in the film. 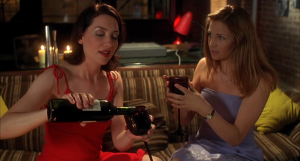 Starting off the list with the first LGBTQ* movie I watched and enjoyed (I say that because I watched Blue is the Warmest Colour when I was about 14- mistakes…so many mistakes!) Kissing Jessica Stein is a romantic comedy film set in the wonderfully cinematic and romantic New York where Jessica Stein, a Jewish woman who has been on one too many bad dates, takes out an advertisement in the paper seeking a romantic connection with a woman. This film is heartfelt and hilarious, poignant and well played. If you want a fun, chick-flick that all your friends can enjoy, Kissing Jessica Stein is for you. 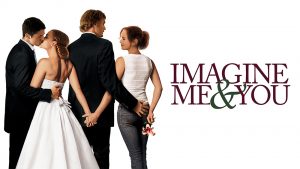 Another very charming rom-com brought to you by the makers of Four Weddings and a Funeral, Notting Hill and Love Actually, this movie follows Piper Perabo (Rachel) and Lena Heedy (Luce) as they pursue a forbidden romance (dramatic oooh here). Rachel is getting married to the lovely guy when she sees Luce from across the room, and who could blame her, she falls madly in love. She becomes friends with Luce who she learns is a lesbian and I’ll leave it there, but to surmise, it’s a charming movie, with the dry British humour we can all get behind and a nice dorky ending to make your heart melt. 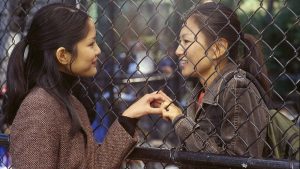 More feel-good magic set in the ever-magical New York City. This movie is wild. Wil (played by Michelle Kruisec) is a doctor and her mother lives with her in her apartment. In an unusual turn of events, Wil’s mother becomes pregnant and it is up to Wil to protect the reputation of her mother (they are from a Conservative Chinese community). But Wil has a ‘shameful’ secret too…she’s very VERY gay and falls for Vivian (Lynn Chen), a dancer (even though we never see her dancing in the film, but go figure I suppose) It’s a sweet movie and a really nice introduction to queer filmmaking. 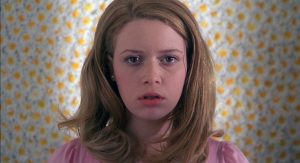 Don’t watch this with your parents-I’m just going to say this now…This film follows Megan (played by Orange is the New Black star Natasha Lyonne) who, as the title suggests, is a cheerleader, who despite her doting boyfriend, isn’t all too interested in him and fancies (even though she doesn’t really pick up on it) the other girls on her team. This leads to a family intervention where they decide to tell her she is a lesbian and send her to “True Directions” for a five-step gay conversion treatment. The film is very much playing on stereotypes and mocks the system of conversion therapy (rightly so because that sh*t is evil). It’s laugh-out-loud funny, there’s a bitta romance and we do love a bitta that. 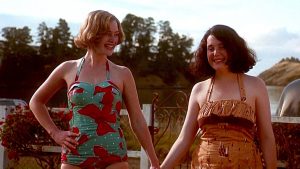 Want to traumatise yourself? Then this is the movie for you! Based on a true story (yikes), Peter Jackson’s 1994  movie (yes, the guy who made Lord of the Rings) tells the tale of his beloved New Zealand where Juliet (what a troublesome name, am I right?)  arrives in and completely shakes up Pauline’s world. Together they invent an imaginary world where they are princesses. Their friendship intensifies which results in their parents trying to tear them apart…Watch for thriller feels and a sickly sweet story that turns sour- and also Kate Winslet’s little known first film role. 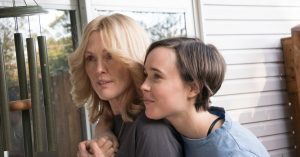 Ellen Page in her first lesbian role after coming out stars opposite Julianne Moore in this story about two women whose love changed the law-based on a true story. Laurel Hester is a detective who falls for Stacie Andree at softball practice (so many stereotypes, so much truth). When Laurel gets cancer, she learns despite their civil partnership, the home she has and her belongings will not be passed to her partner, leading to an uphill battle with her state government to change the law before she dies. 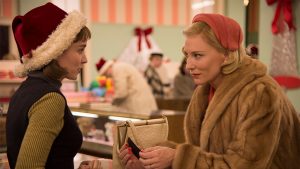 I feel like a fraud because truth be told, I’m not a huge fan of this film but it is worth having on the list for the sheer magnitude of its success and popularity in the community. Therese Belivet (played by Rooney Mara) works in a shop where one day she meets the enigmatic Carol (played by the wonderful Cate Blanchett) who, like any good lesbian tends to do, leaves her gloves in the department store, as for a casual “glove lunch” and the two hit it off. There are all sorts of twists and turns before you reach the end of the film, but this drama film is sure to get all kinds of emotions rising. 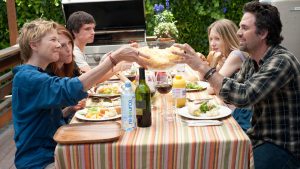 Annette Benning and Julianne Moore take the lead in this comedy-drama film as a married lesbian couple with two kids who decide to find their sperm donor. It looks at relationships between parents and children and identifies the dynamics within these. It also looks at the idea of a modern family and how people have different definitions of what it looks like. 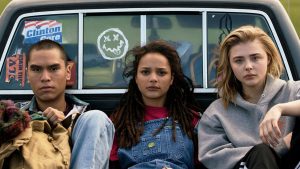 This movie is sad but hopeful. One of the unsung films of last year and based on a brilliant book of the same name, tells the tale of Cameron Post, a girl who got caught in the backseat of a car with the prom queen. She’s promptly shipped away to gay conversion therapy where she experiences a lot to say the least. This coming-of-age drama, while undoubtedly sad and in parts difficult to watch, is a story of hope, friendship and accepting who you are at heart. Also Chloe Grace Moretz is just perfect as our protagonist! 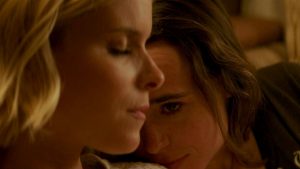 Last one on my list and definitely one of the better films I’ve seen portraying a queer relationship onscreen takes a very interesting approach. To call this film a “queer” film doesn’t serve the storytelling or filmmaking any justice as it deals with a much bigger issue, capital punishment. Lucy’s father is on Death-Row for murdering her mother, something she and her two activist siblings don’t believe he committed. The family is always picketing outside max-security prisons often opposite people who are in favour of the death penalty. Enter Mercy Brown (played by, in my opinion, the better Mara sister- Kate Mara), who catches the eye of Lucy at the picket. The two soon strike up a friendship despite their differences which becomes something more as the film goes on. This drama film is an intense watch which tests you as an audience member to question your values.

So that’s my list of favourite movies with queer ladies in them. There are lots and lots more, some of them are pure rubbish, some of them are an acquired taste. All of them might help you figure yourself out, be open to different stories; movies allow you to look through different windows on someone else’s world view and take part in the feelings for a brief moment of time, and if that helps you, then go for it.