The Queer of The Castle – By Alana 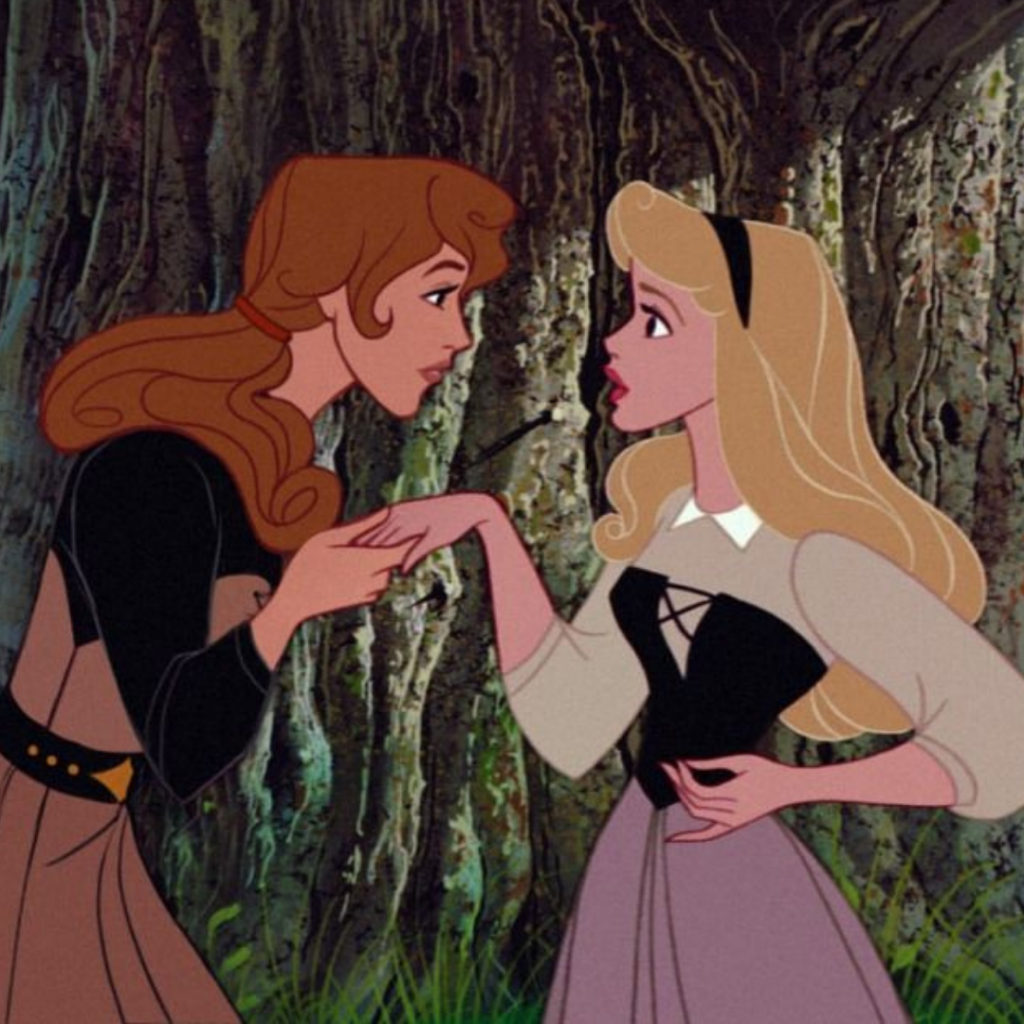 When we are small, our parents read us fairytales. Stories about people from faraway lands, living in kingdoms dominated by dragons, unicorns, witches, warlocks, giants and fairies, just to name a few. A common trope in a fairy story is the romance between a prince and a princess. Perhaps he’s a tall, dark, handsome stranger who rides into the story on a black horse or some rubbish like that. The princess is probably this sheltered stunner with not a hell of a lot going on up in her tower, just looking for someone (literally anyone) to save her from her complete and utter boredom. He climbs the tower and she literally looks at him, falls in love, they get hitched and boom, happily ever after.

These are the standards we have for our youngsters and anything outside this narrative is considered ‘different’.

As a kid, I always felt I didn’t fit the status quo. I used to play with toys made for boys, wear dress-up costumes of knights and princes, climbed trees, showed off my bruises and scars, wore dungarees and curled my arms above my head asking my dad to “look at my muskels” (which I still do, only I have the muscles now).

I wanted to be as big and as strong as a boy, to save the princess at the end of the Disney movie, not be the one who was being saved.

Boys were brave and powerful, they could love whoever they wanted, the choice was theirs. The princess on the other hand had to marry someone who her father approved of or was consistently told for the duration of the film that the man of her dreams was out of her league anyways. There were no little girls like me around, which initially I took in my stride, for, after all, princesses are advised to be true to themselves.

But being a tomboy teenager was no longer a cute phase – it was a nuisance on the everyday. I wore baggy jeans, plaid shirts, tied my hair back, wore boots religiously…I was told that I needed to act ladylike by grown men who chewed with their mouths open and picked their noses. People in school sniggered at my enthusiasm for sports and everything else. I didn’t go to discos, rarely visited friends, didn’t like boys all that much, I felt very alone staying true to who I was. When my few friends crushed on boys, I smiled and said the pickings were poor and I preferred to focus on my schoolwork.

While I convinced myself that I could be happy swotting away in school, the fairytale of some sort of Cinderella Story lay in the back of my mind. So, I decided to try to fit in, but that too failed and I was still just as miserable as I had been before. While up until now, this is a story probably all too familiar to a lot of girls out there, my story changed when I realised that I wasn’t meant to be looking for Prince Charming. It suddenly clicked, it made sense, but it was terrifying. School wasn’t an environment that felt safe to experiment or come out in, life was hard enough without the added strain of being gay on top of everything else. I didn’t know any other gay people, except one guy in school who was teased mercilessly, and Rylan off the X-Factor (and quite frankly, thought he was a holy show.) When I researched queer women, I was bombarded by:

2) loud, angry women who drove Harley Davidsons, had nipple clamps and grew their armpit hair to sell at a farmer’s market.

I was neither of these things: I was fifteen, I wore unicorn jumpers, pink fluffy socks, loved 80’s music and Shakespeare, I couldn’t possibly be one of ‘those’ people. It felt like I was the only one, the only gay in the village.

This fairytale just kept getting more and more complicated. I was literally waiting for someone to just hand me a poison apple or chase me with a spindle, the feelings I had were crushing me. I felt disgusting and alone. I didn’t know anyone who was like me and it was so isolating. I put off coming out because I was desperately afraid of being wrong and coming to a realisation that I was just unworthy of being loved. The people I did tell never fully understood or empathised with my heartache so I bottled and bottled, which didn’t help anyone at all.

It really wasn’t until college that I met other LGBT* young people. I vividly remember avoiding the LGBT* Society stand on campus but was eventually convinced to shuffle over and sign up. I didn’t go to events for two months because I didn’t want my fears to be confirmed and wanted to avoid being a stereotype. What I learned was LGBT* people have a culture of love and respect unlike so many others in our country. They were the first people who understood how I felt and didn’t make me feel more self-hating, and got me to a stage where I felt that I was confident enough in myself to talk about my feelings. Coming out has been a case of coming to accept that you can’t save everyone and that sometimes, you need saving too. While my hometown makes me feel alone in comparison to the buzz of college, I know there is someone who was just like me staring out their own window, whispering to the stars and wondering if they are the only ones who feel like this. While we are all our own people with our own experiences, we can all sympathise with being human and wanting to be loved.

If I was to say I was comfortable with my sexuality, I would be lying. It’s a struggle every single day. It’s me looking in the mirror telling myself that it’s a new day, to be a part of the now. It’s learning to love myself before I dare embark on loving someone else. We all deserve to live out our happy endings, and I’m so glad I’ve started to be honest with myself because it is truly a happy beginning.

Time to get off that hamster wheel and let your mi

Lets make 2022 all about going easier and being ki

Here at Shona, we take a no-nonsense approach to n