The Power of the Word NO – By Amelia 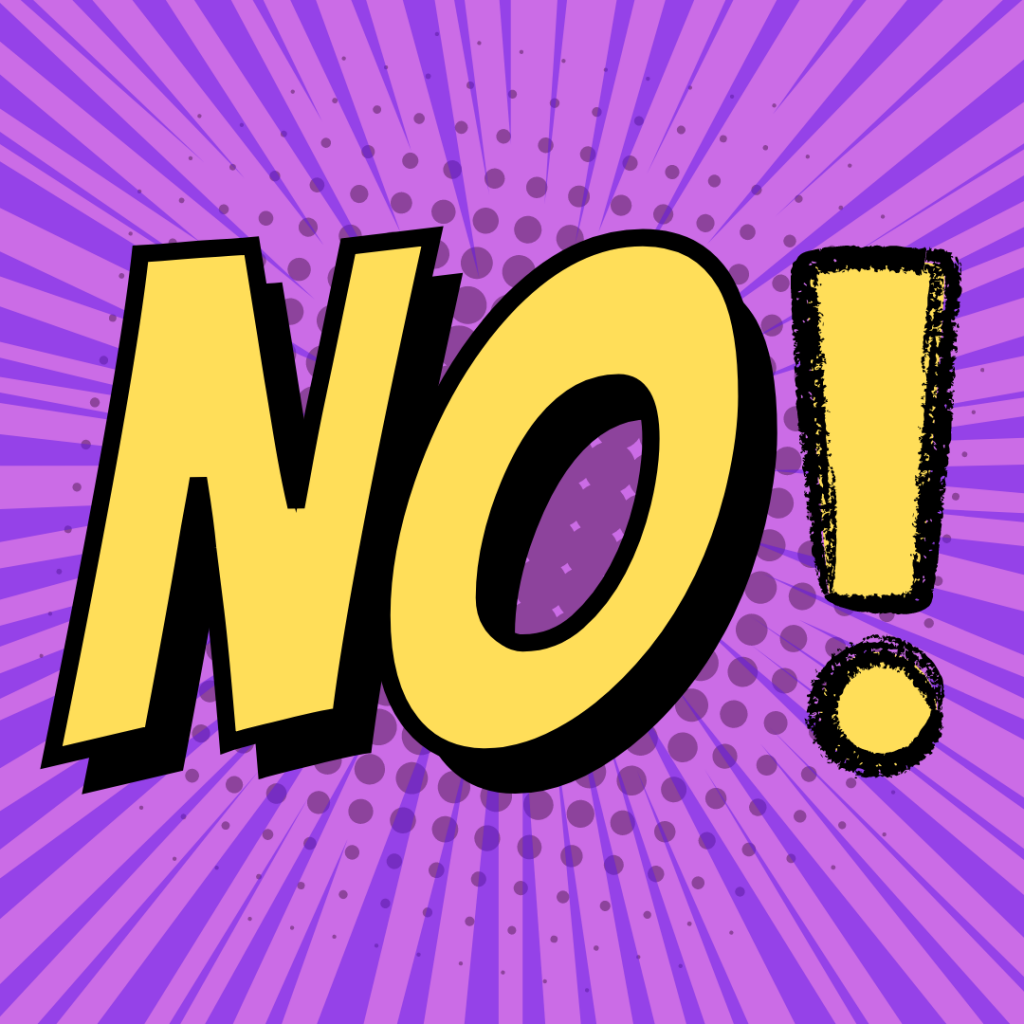 Back in May, we ran a writing competition where we asked secondary school girls across Ireland to submit a piece on either:

Here at SHONA, we believe in the power of storytelling, of sharing our experiences to empower ourselves and those around us. Choosing a winner was so hard! So, we decided to share some of the entries over the next few months!

This piece was written by 16-year-old Amelia,  and she says “My piece is about the importance of the word no. This is an issue that affects many people in society today. The stigma surrounding the word no is slowly being broken down and people are beginning to realise the significance of the word. However, there are still barriers that must be broken surrounding the word. Many people have suffered because of others ignoring the word no. My piece outlines the fight for the recognition of this important word. ”.

The Power of the word no

The word no holds a lot of power. It is one of the first words we begin to understand. An infant is thought that the word no means no. If you don’t want something or want to do something, then all you have to say is a simple two-letter word – no. But for some reason, this word has become lost in translation. As you get older and begin to venture out into the world, you discover that the word no doesn’t hold as much authority as it once did. The word is simply dismissed and can no longer be used to reject an idea. Now it’s required of you to provide an explanation as to why your answer is no. When did it become like this and how can we change it back to how it once was?

We live in a society that hates to disappoint people. We love to prove ourselves to our family, friends, peers, and authority figures. But sometimes we forget the most important person is ourselves. So, when someone asks us for something, we try our very best to provide them with it. The idea of saying no scares us because we don’t know how they will react. We don’t want to disappoint so we agree even if we feel uncomfortable or don’t approve of it, we say yes, not no.

Even when we do say no, that answer is often rejected. People will try to pry the words yes from our lips. They will try to play every card they have for us to give in. No is not a final answer in their eyes. It’s simply just a suggestion of our thoughts. It’s a barrier that they will pull apart and sometimes even slam through.

Sadly, the word no can be ignored in many situations. Some people feel like they have such authority over a person that the word no doesn’t even hold a place in the conversation. We’ve all seen it and heard about it. People say no but their wishes are not followed through. Suddenly saying no isn’t enough anymore. Instead, we’re expected to play the game, so people don’t get ideas. We’re expected to ensure that no wrong impression is given off. We must always keep our guard up and do everything in our power to make sure that nobody is affected or disappointed by our reaction and behaviour.

I say no to fulfilling the needs of others without considering my own. I say no to minding my behaviour, so I do not give off the wrong impression and I say no to people who don’t understand the meaning of the word. Somewhere in time, the word has lost all connotation. It has been walked over like a piece of chewing gum stuck to the footpath. It is not enough to use that two-letter word, we must apparently provide a paragraph of an explanation along with giving off the right idea as to not distract from their own intentions.

I hope that we can take back control of the word no. I hope that when I’m older no means no. I hope that the future generation understands each aspect of what that word means and the power it holds. I hope they are taught about the many people especially women who were disrespected and suffered even when they said no because it’s important that we learn from these past events. The word no is an important one. It’s one of great power and great influence. It’s something that we learn from a very young age and one that we take all the way to the grave. It should not be ignored or silenced, it should be received and listened to. No is a complete sentence and does not require any justification!