Some Uplifting Stuff To Watch on Netflix 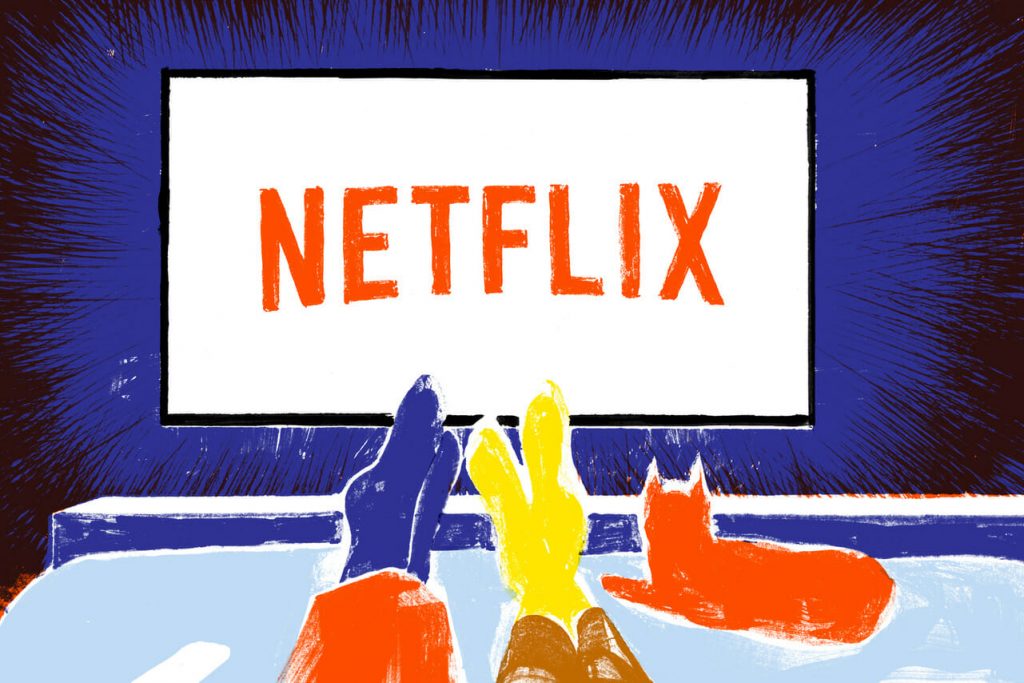 Things seem a little bit scary right now. Amongst all this bad news and panic, it can be hard to stay positive. Us at Shona think that we should use these two weeks to focus on ourselves- this is the time to finally organise that one drawer in your bedroom that’s always a complete mess, the time to read that book you got as a Christmas present and have been too busy to read, the time to catch up on the notes you missed out on in school last month and still haven’t finished. Just in case you’re stuck for something to do, we have some Netflix recommendations for you.

The Shona team have compiled a list of our favourite uplifting films and series on Netflix. We tried to include a range of different genres, so we hope that there is something here for everyone. Enjoy!

Legally Blonde: This absolute gem from 2001 features Elle Woods, a sorority girl who decides to go to Harvard Law in order to win back her ex-boyfriend. Watch this if you love girl power, friendship and lots of laughs.

Pride and Prejudice: A film adaptation of Jane Austen’s classic novel, this is a beautiful love story between Lizzie Bennett and Mr Darcy. Watch this if you are a hopeless romantic and if you enjoy period films.

Lady Bird: Starring our very own Saoirse Ronan, this coming of age comedy/drama made us laugh, cry and everything in between. Watch if you love movies about teen angst, romance and friendship.

Wonder Woman: If you like superhero films, this one is for you. Diana, otherwise known as Wonder Woman, is a fearless warrior princess who joins the fighting in World War 2 and won’t take orders from any man. Watch if you like girl power, action scenes and friendship.

Unbroken: This is a true story about Louis Zamperini, an American soldier in WW2, who shows extraordinary courage and resilience during his time as a Japanese prisoner of war. watch this film if you enjoy war dramas, true stories, and inspiring people. The ending will make you cry.

Handsome Devil: The first Irish film on the list! This is set in a boy’s rugby school in Dublin and the storyline revolves around two teenage boys discovering their sexuality. It’s about being true to yourself in the face of adversity, and it will make you both laugh and cry. Watch if you love music, friendship and coming-of-age films.

Taylor Swift: Miss Americana: This tells the story of Taylor’s personal and professional struggles since her rise to fame at only 17. It documents her struggles with eating disorders and sexual assault, and her conflict about being open about her political views in the US. Watch if you love Taylor Swift, girl power, music.

Period. End of sentence: This inspiring documentary is about a group of women in India who learn how to make cheap, biodegradable sanitary pads. These women combat period poverty in India and fight against menstruation being a taboo subject. Watch if you love girl power, inspirational women and documentary films.

Love is Blind: This is trashy reality TV at its very best. American singles in their twenties and thirties go on dates with one another- with a wall between them, so that they can only hear the other person’s voice. You will be unable to look away as these couples fall in love and eventually propose to one another. Yes, your friends/family may judge you for watching this, but I dare you to watch without getting invested in the various couples. Watch if you are a hopeless romantic, if you enjoy watching Love Island, or if you enjoy making fun of Love Island.

The Good Place: A dark comedy show about a group of people who have died and gone to the “good place”, this is thought-provoking, witty and endlessly entertaining. It raises some good questions about morality. Watch if you love plot twists, comedies, Kirsten Bell, romance.

Grace and Frankie: This comedy is about Grace and Frankie, two older women whose husbands have left them- for each other. Watching Grace and Frankie navigate their new single lives together is heart-warming, funny and touching. Watch if you enjoy friendship, comedy, growing older.

Queer Eye: This is the ultimate pick-me-up for when you’re feeling down. The Queer Eye team give straight men makeovers and teach them valuable life lessons. You will laugh, cry, and wish that the team could give you a makeover too. Watch if you like reality tv, friendship and makeovers.

Derry Girls: This hilarious comedy takes place in Northern Ireland in the 1980s. It follows a group of girls as they navigate friendship, family and school, while the Troubles rage on. Watch if you love comedy, friendship, and if you enjoy Father Ted.

Jane the Virgin: This romantic comedy follows Jane, a virgin who somehow gets pregnant, and the resulting chaos that ensues. Watch Jane, her family, friends, and love interest navigate pregnancy, love and life. This is based on a telenovela, so expect wild plot twists, dramatic secrets and unpredictable characters. Watch if you love family, comedy, soap operas.

Also, Don’t forget to watch “Changing Ireland” the six week docu-series that starts tonight on RTE1 at 8.30. The series follows the journey of social entrepreneurs who are tackling some of the biggest challenges we face as a country. We are so honoured to be included in this show, and look forward to joining in episode 2.

Remember, the most important person in your story,

Choices. We have them. We can make them. And we

Today's Post: Are You What You Wear? -By Katie "N

Womanhood looks different for us all, and once we