When your body just won’t co-operate: By Naoishe 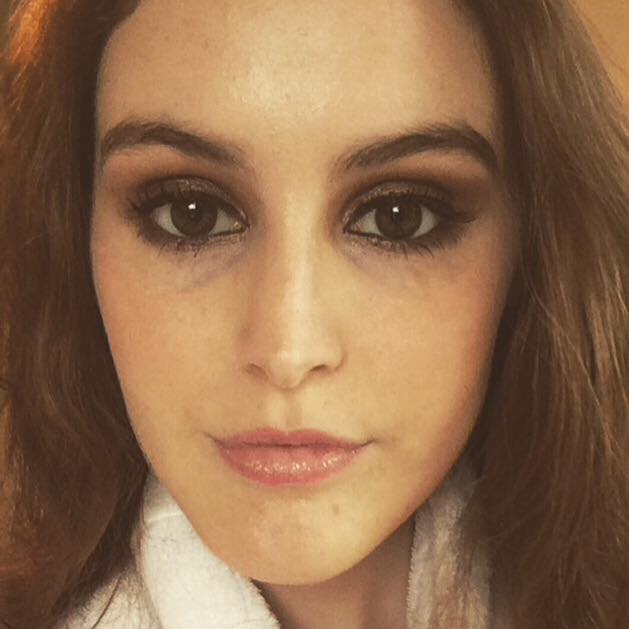 My name is Naoishe and I’m 24.  When I was 16 I went to France with my family for transition year. I loved languages and settled in really well. I was playing tennis, swimming, doing yoga, cycling through the French vineyards, and going to the beach with my new French friends. Life was great! I honestly thought that the day I walked into an all French-speaking school by myself would be the biggest challenge I’d ever have to face!  But I was wrong. I could never have imagined what was to happen next.

So at 16, I was happy, doing really well in French school and on my way to becoming fluent in French. I’d had a history of very severe asthma and was used to really bad chest infections. And from birth for some reason I’ve had a fast heart rate. But at 16 ½ I was at my healthiest ever, until I got viral bronchitis and was really sick for 12 weeks. I just waited to get better like all the other years before that but something was very different this time. I was so exhausted I could barely speak or get out of bed every day. There were days I was too weak to eat and my mum had to feed me.

“I slept and slept but always felt like I got no sleep. I was dizzy, I couldn’t stand up without feeling faint and felt like I had concrete bricks attached to my arms and legs. My muscles felt so heavy and sore.”

I had chest pain, severe breathing problems, and awful nausea which meant I was vomiting up most of what I ate. I lost a lot of weight.

When we came back to Ireland I went to a consultant and was admitted to hospital straight away. After some tests he told me there was absolutely nothing wrong with me! He was really dismissive. I couldn’t believe I had been treated like that in the hospital. I was so sick it felt as if my body had been hit by a truck and flattened. He kept saying I was too skinny and just needed to eat more and that was all that was wrong with me. I tried to tell him that I was too nauseous to eat and the food wouldn’t stay down but he wouldn’t listen to me and kept interrupting me every time I spoke.

I went home from the hospital and two days later that same doctor rang my mum to say that there had been a mix-up with my files and I had been given the wrong results and I needed to see a cardiologist. I didn’t want to be at home sick and away from school and my friends. I wanted to be doing all the things I used to do. I was glad I had my Mum and Dadto stick up for me so I didn’t feel as alone but I was still really scared. By this stage, I was bedridden most days. If I tried to do anything at all my heart rate went up to the 170s, 180s and even 190s bpm. I was so sick. But my mum found a brilliant new Consultant Internist. He admitted me to hospital and found me a great Cardiologist. They both treated me so nicely and really wanted to help and they are experts in my conditions. After a lot of tests in the hospital I had to wait a couple of weeks for all of the results and just after my 18th birthday I was diagnosed with Postural Orthostatic Tachycardia Syndrome (POTS), Myalgic Encephalomyelits (M.E) and Fibromyalgia. There is no cure… Yet!

So, what are these conditions and how do they affect my life? POT Syndrome means everything in my body that works involuntarily like my heartbeat, my breathing, my blood pressure, digestion and temperature regulation don’t work properly. So, this causes a lot of problems for me. My resting heart rate is 130 bpm without medication, double what it should be. I take heart and blood pressure medication which helps but I still get dizzy, feel faint, nauseous, heart palpitations, and have no energy to do normal things a lot of times. M.E and Fibromyalgia are neurological disorders that cause my body to get wiped out after activities a healthy 24 year- old would consider normal. For example I use a shower stool to shower. I can’t wash or blowdry my own hair. To put make-up on I support my arms on my vanity because they get too tired and sore. Plugging and unplugging my laptop or phone charger can be very difficult for me and makes me feel very dizzy and faint and nauseous. I can’t carry a bag unless there is hardly anything in it.

“If I do carry something heavy I suffer severe chest pain for weeks afterwards. Making my bed is too strenuous for me. Even my brain gets exhausted if I read or study for more than 40 minutes or so.”

Having these conditions is like being handed spoons of energy every morning. A normal 22- year old- would get handed 100 spoons of energy in the morning to get through the day.  For me it’s like being handed between 1 to 10 spoons of energy to last the entire day. This means I have to think about every single thing that I do. I have to plan my day in advance and I have to be careful not to use up too much energy at once or I will end up spending a day or even weeks in bed recovering. Every day my body feels like it’s run a marathon but I might just have showered, eaten, studied a little, and on a good day maybe had a friend over to watch a movie.

Having these conditions have completely changed my life. I missed almost 2 years of school. My teachers were fantastic. I had to drop down to 2 subjects for the leaving cert and did a PLC course. I got into University but I was only well enough to last a few months. That was the most devastating thing for me. Having to leave University was tough. I’ve lost some friends, had to give up swimming, yoga, cycling and the violin. Even though everything I do now is planned in advance I still might have to cancel if I am having a bad day. I need recovery time after seeing friends. A while ago, I had to get a wheelchair because walking around was too difficult. This has been hard for me to accept but it does mean I get to go out and about more especially to shopping centres and out for walks. It’s a really big help!

My conditions are invisible when I’m not sitting in my wheelchair. I don’t look sick at all so people have a hard time understanding my limitations and sometimes don’t believe me. That’s what hurts the most. People only see me when I’m well enough to see them. They don’t see the amount of rest and planning I have to put in to go see them. I disappear from their sight afterwards because that’s when I’m recovering. So, people only see me when I have nice clothes on and make-up on so I look normal. For example, in sixth year during a free class I was asked to go on a message for a teacher which meant I had to go up three flights of stairs. The teacher did not ask the other girl to go because she had a broken leg and was wearing a cast. I was actually sicker than she was. But I was way too embarrassed to speak up because I knew I looked so healthy. So, I went on the message and ended up spending weeks in bed recovering afterwards. No one saw this bit.

I’ve learnt a lot about myself since getting sick. When I was really down my Mum and Dad spent hours finding alternative ways for me to stay in education and find ways around the challenges that I faced every day. I’m lucky to have such supportive parents who would do anything for me. I’ve learned that there are ways around things when you have a hidden illness or disability. They may not be the ways that everybody else does it but that’s fine! I have to do what works for me. I now use audiobooks so I can listen to books instead of reading them. I use voice recognition software instead of typing and I’m doing French online with a tutor to become a French teacher. I’m taking Spanish online with a tutor too. I use my wheelchair instead to go shopping now. I use Skype to see my friends if I’m not well enough to meet up.

“I’ve learned that I’m more resilient and brave than I ever thought I could be.”

I’m more understanding of people who are going through a hard time. I have learned how to think outside the box. Not everybody is the same and not everybody gets through life doing things exactly the same way as everybody else. I have the best Mum, Dad and consultant but It’s still really hard and lonely. Inside I’m still Naoishe I want to be understood and accepted for who I am now. Despite my illnesses I’m still a normal 22- year- old. I love fashion, having a laugh, make up, music, movies and shopping!