Me and Me Mammy: By Libby 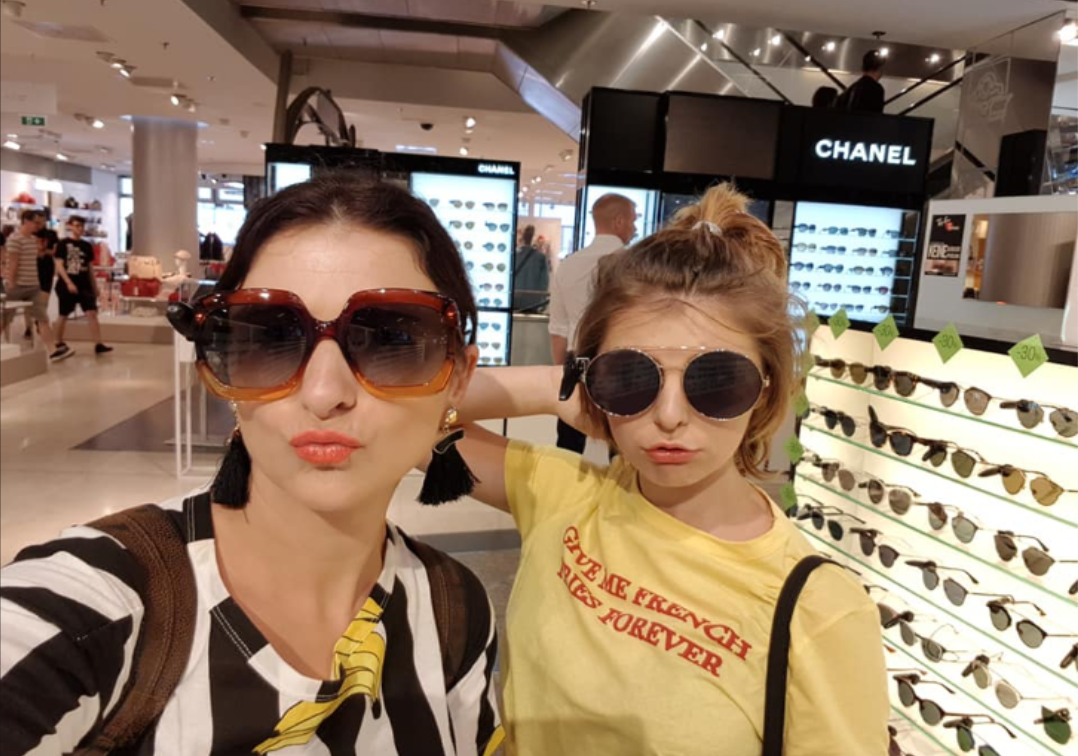 So I get that everyone thinks that their mam is like the best person in the whole world but guys seriously, my mam actually is. She’s going to cringe so hard when she reads that line. When I first decided to this interview I wasn’t sure if I’d even mention that she was my mam because I wanted to be taken “seriously”. I realised I was being stupid when I was in the car with her on the way home from school and we were talking about how every interview she does, they always ignore her successes in life and only ask about her experiences in the care system. And I looked at her and realised that I didn’t want to do an interview which portrayed her as just the president of the International Foster Care Organisation (IFCO) or just a care leaver or just a mother or just someone who makes the best cheesecake in the world. I wanted to do an interview about how she’s all of those things at the same time.

My mam is a lecturer of social care in the Waterford Institute of Technology as well as a free-lance youth advocate and engagement officer as well as president of IFCO. So in case you can’t tell, Monday mornings in my house are pretty stressful.

My mam rolled her eyes at the first question I asked her (which was a great boost to my ego as you can imagine) because it was exactly what she didn’t want to be defined by. It was “What was the biggest difficulty you faced growing up”. However to get some context I think it’s a question that needs to be asked. My mam answered with “Do I have to pick just one? Haha just kidding. The biggest difficulty for me growing up was probably trying to maintain a sense of normalcy despite the chaos that was going on around me. Being separated from my brothers and sisters at a young age meant that I felt as though I was grieving all the time and I really struggled to know what to do with those emotions. This coupled with the fact that I had to negotiate new relationships with families, social workers, new teachers etc meant I never really felt as though I truly belonged anywhere, I was like a stranger observing on the side-line-hoping that I would be able to learn just enough to get me by in whatever particular family I was in at the time. I had eight moves in total during the 10 years I was in care and so obviously lack of stability and security led to difficulties trusting people and maintaining a sense of who I was.  I carried a lot of guilt at that time too, always feeling as though I had done something wrong to deserve what was happening.”

The next question I asked my mam was something that I’d been wondering for a while. My mam is verrrryyyy firm in her beliefs to self-reflect, self-reflect and then self-respect some more so I was interested to know if she’d learnt anything new about herself after becoming president of IFCO. Turns out, she’s not a hypocrite and that she learned a crap load!

“I suppose the key thing that I have learned is the power of sharing your story in a safe and appropriate way. To be able to inspire people and remind them that anything is possible is a privilege that I will never underestimate. What I have learned also is that families come in all shapes and sizes and I have the utmost respect and awe for my care brothers and sisters all over the world who share their difficult stories in the hopes that it will help others.”

Now to move away from all the personal stuff to more professional things I wanted to ask my mam about something that had nothing to do with feelings because you know, feminism and strong women and all that. And so feeling very much like the paparazzi, I asked her what her plans were for IFCO. Like the president that my mam is, she had her answer ready and flawless “I hope to be able to continue to move IFCO forward in our quest for high quality family-based care for all children in alternative care.

I am a firm believer that children are human beings and not human becomings and we need to concentrate on how they are doing at any particular moment of their lives and not just the eventual outcomes.

I would like to increase the involvement of children and youth and have their voices represented in a meaningful way as I recognise them as the experts of their own lives. One of the key movements we are involved in with a number of other international charities is the de-institutionalisation of alternative care. Children have the right to a family and to feel loved and growing up in institutions with hundreds of other children is rarely conducive this.”

Whenever I interview anyone I always ask this question purely just to see their reactions and my mammy is no exception. I asked her what her proudest moment was. “Ohhhh that is a tough question!! To be honest I have many moments where I just stop and take stock of how far I have come from a frightened 10-year-old who believed she would not amount to anything. Success and pride look so different for so many different people. Two key aspects of my life stand out for me though. One is more of a defining moment for me, and that was when I was able to buy my own house. I remember sitting on the floor with no furniture around and bits of plaster board everywhere and feeling, finally, that I was home. Having lived at over 30 addresses before the age of 27 I yearned for a place to call my own, where no-one could tell me to move on. However, the thing that I am most proud of is going to sound like a cliché but it is true nonetheless and that is my title as mum. Again, it is something that I always worried about whether or not I would know how to be a good mum, and whether I would be up to the task-to be honest sometimes I still wonder ha! Being a teenage mum and putting myself through a degree and then masters and now PhD with toddlers in tow was certainly not always easy but at the same time gave me the drive and passion that has allowed me to arrive at the place that I have. I also feel lucky to have had various different foster mothers who, although I was only with for a short time, showed me what love looks like and how to care unconditionally for a child. Sometimes I find it difficult to say positive things about myself (who doesn’t!) but I know I am a good mum because (and I might be a little bias here) my children are amazing people so the proof is in the pudding.” I know that you can’t see me but trust me, I’m somewhere out there and I’m blushing very hard. Honestly, sometimes she amazes of what an absolute embarrassing mam she is haha.

The last question I asked was one that I hope will inspire a couple of people and let them know that there is such a thing as a success story. This is the advice that my mam gives to girls in the foster care system. “please please remember that life will get easier. This is my promise. When I was a teenage girl in foster care I listened to all the stigma associated with being in care and I internalised that to the point where I believed I would not amount to anything. It took a particularly special lady to make me believe at 17 that I was worth the effort and that I owed it to myself to believe in ME. That I was not just another statistic but someone who could make it. Don’t listen to negative statistics about care-leavers, certain types of media love to portray misery and I know lots of careleavers who feel really successful in their own right which is the most important thing.

I would also advise girls to surround themselves with their tribe. I could not have achieved half of what I have without my girls supporting me-sometimes I wondered whether I wanted to share things but I always found when I did that I was met with an understanding ear and a nice hot cup of tea (lets face it-solves 99% of life’s problems!). And finally, and I appreciate this can take time and is harder for some than others but to try and find your voice. It is in there I swear, you just need to nurture it and it will get stronger every time you use it. Tell people what you think and what you want, what you are happy with and unhappy with. You might just be surprised with how powerful your voice is, especially when joined together with others.”

So there it is. Basically you just listened to my mammy lecture me for fourty five minutes. To end  I would like to let you know that you don’t have to fight with your mam. I’m giving you permission to make a new friend. Because honestly, it’s not as bad as you might think. This is just one Irish mammy and I can guarantee that your mam deserves an article for her story too. Okay cheese fest over!