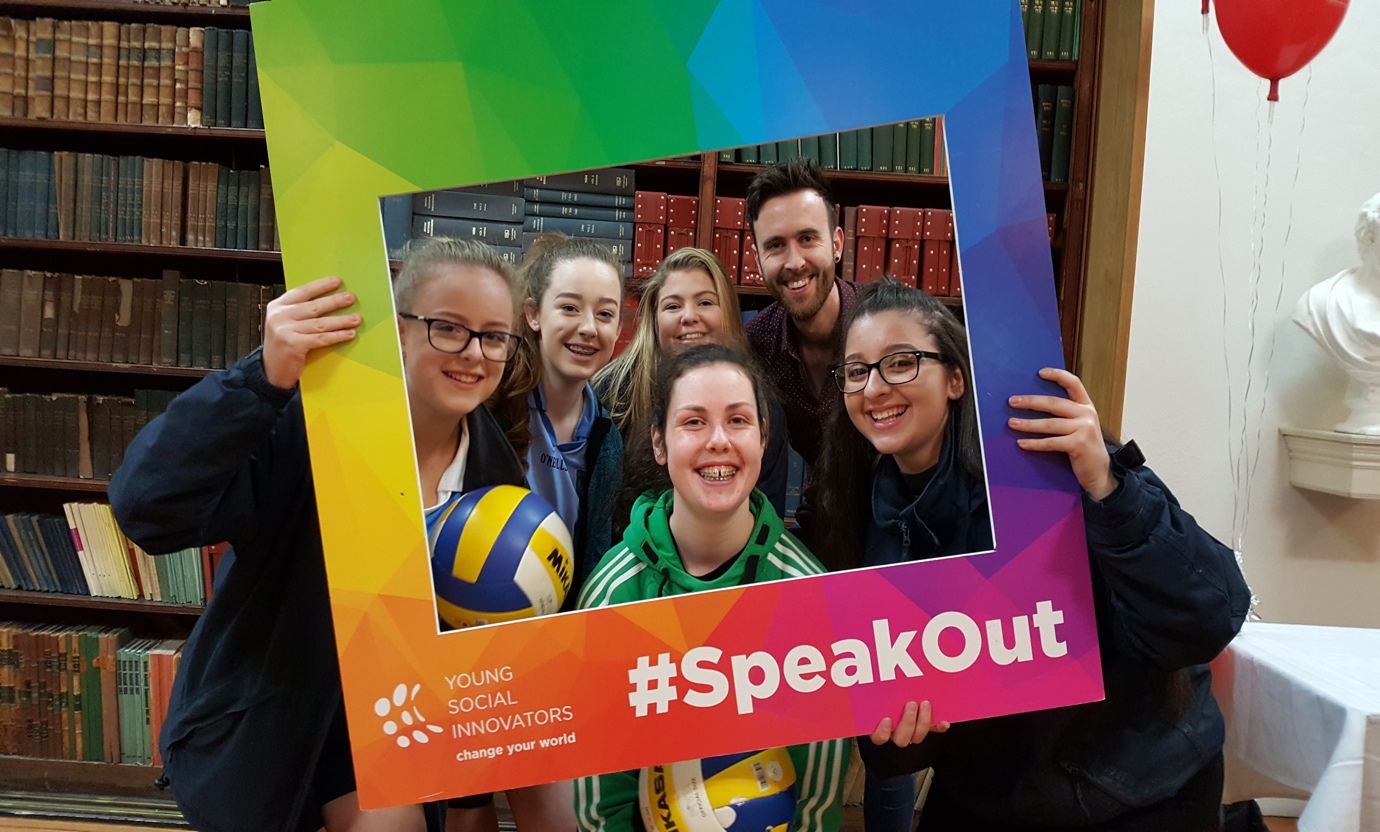 It’s been an amazing experience being involved with Kick Like a Girl but we’re nowhere near done yet. For anyone who hasn’t heard of Kick Like a Girl, we’re a group of 16 year old girls from South Dublin. Our aim is to promote ladies Gaelic football and Camogie and encourage young girls to start playing the sports. There’s three of us involved, Emma, Leah and myself, Nicole. As part of our Transition Year, we took part in Young Social Innovators, a project that allows young people to focus on an issue in today’s society and try to make a change. Five of us got together and decided to focus our project on inequalities in the GAA between men and women. Myself and another girl, who was involved in Kick Like a Girl at the time, played Gaelic sports and we were all huge Dublin fans so we thought this issue was the perfect one to focus on. Since we related to the topic on a personal level, we were determined to put our all into this project.

We began thinking about how we could get the students in our all-girls school to realise that this was a serious issue and we were serious about making a difference. We knew not everyone liked Gaelic games, or sport at all for that matter, but we wanted them to know that they have the potential to be as good as boys in whatever they decide to pursue. We conducted surveys and received results that proved that women in sport weren’t getting the recognition they deserve. We held a GAA week in February in which we had a Gaelic football training day with first years, poster competitions, ‘Guess the Player’ competitions and a Q&A with Dublin players, Lyndsey Davey, Sinéad Goldrick, Paul Flynn and social media influencer, Barry Fennell. The aim of this Q&A was to make the students realise they could reach the same level of success that the people standing in front of them had. 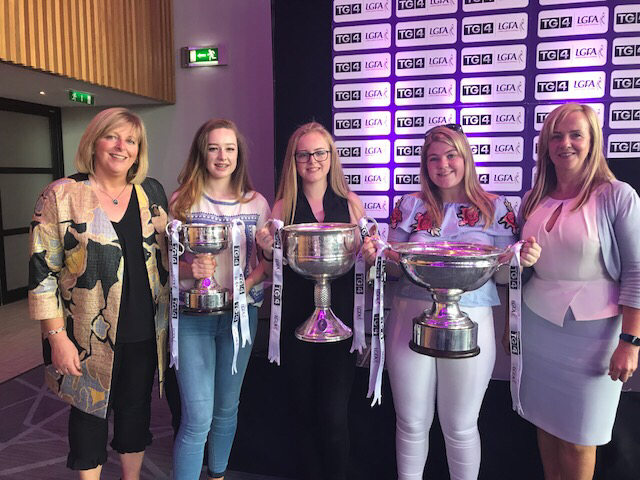 After Transition Year finished, we had to make a decision about the future of Kick Like a Girl. Two of the girls decided that they didn’t want to continue on with it but three of us kept going. We had to think of ways to keep the project active since we were no longer linked with school. During the summer, we were asked to train children in various schools, we attended Camogie and Gaelic Football matches and we continued to post on our social media pages.

Social media has been a big part of our success. We have a Facebook page which has over 1,500 likes, and an Instagram with nearly 400 followers. We’ve also recently set up a Twitter page, which has over 200 followers, and a Snapchat account. We’ve gained so much support from amazing people such as Anna Geary, Marie Hickey, Martina Farrell, ROC Protection, Katherine Zappone, Philly McMahon, Joe Canning, the LGFA and the Dublin County Board to name a few. We were also featured in articles by the Facebook pages ‘Mentoring Muinteoir’ and ‘Dublin Live’, the online magazine ‘SHEmazing’ and ‘The Evening Herald’.

Last month, the LGFA invited us to the launch of the TG4 Championship in Croke Park. We met and interviewed loads of players, managers and media figures and we heard about new additions to this year’s championship such as the introduction of HawkEye and a Score’s Assistant. Sitting in Croke Park that day eating dinner at the media table made me realise how far we’d actually come. When we first started the project, we always wanted to achieve this level of success but I didn’t think it would become a reality. 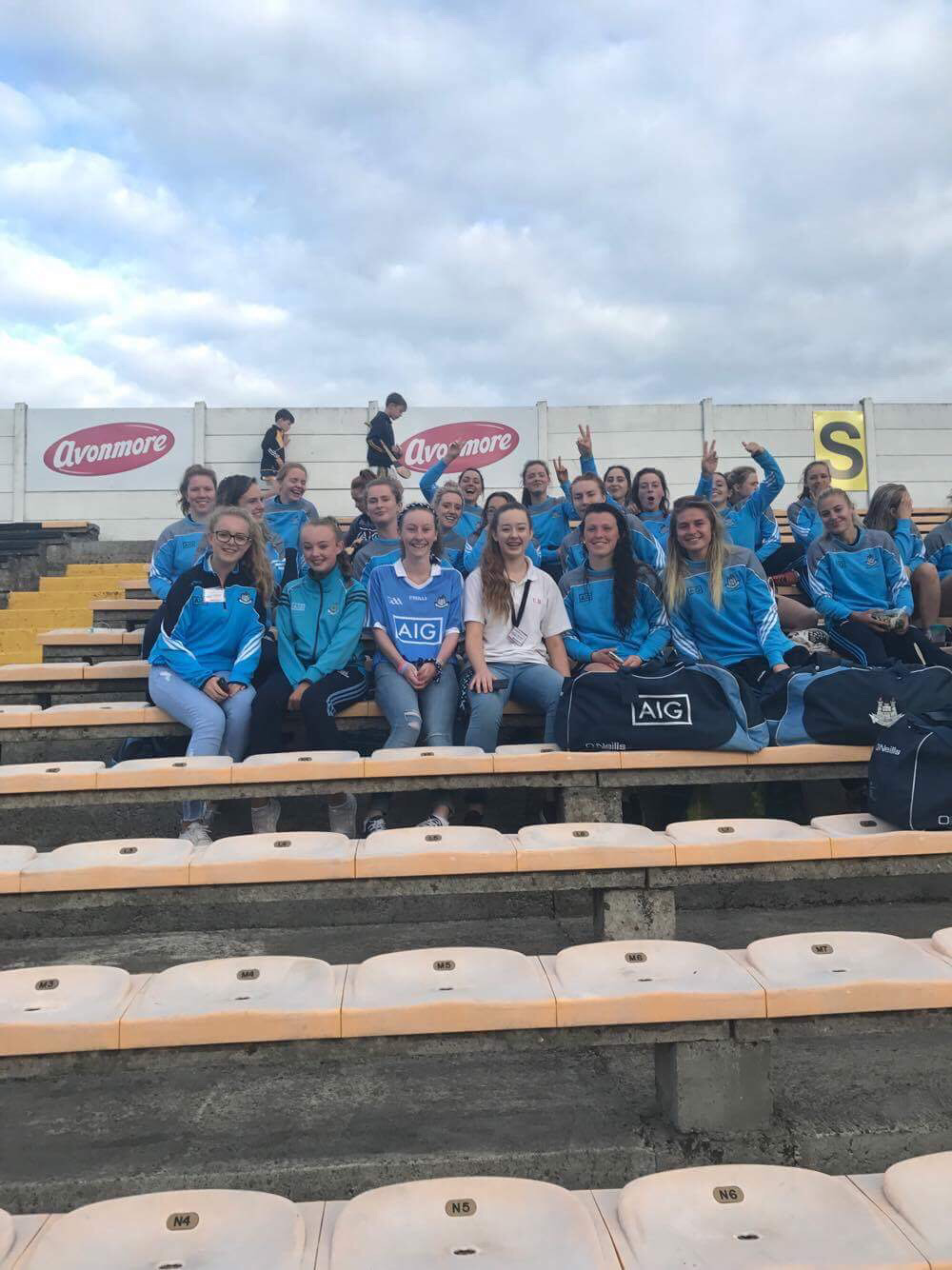 We always try to practise what we preach on the pages. We’ve attended ladies’ matches and events during the league and championship and we intend to be there at the remaining matches and events this year. Although we, and other social media pages, inform our followers about upcoming matches and events, the ladies still aren’t getting the support they deserve. There’s been times when it felt like we were getting nowhere with the project, one of them being the Dublin vs Mayo league match in Croke Park this year. We looked around Croke Park and we could’ve counted the amount of people that showed up for the start of that match. When people started arriving towards the end of the match, just in time for the men’s match after, the atmosphere got better and better and we hoped that everyone would be encouraged to support the ladies after witnessing the talent and passion they had.

As for the future of Kick Like a Girl? We’re not done yet. We will be speaking at Zeminar in October. For anyone who’s not familiar with Zeminar, it’s a three day event for students at which they listen to various speakers. Some of the speakers this year are the O’Donovan brothers, Anna Geary, Alan O’Mara, Harry McCann and Gavan Hennigan and we’re delighted to be speaking alongside them. Our speech for Zeminar is called “Why you Should Challenge your Society” and our aim in that speech is to make those listening realise that you can make a difference if you put your mind to it, no matter what age you are.

For us personally, Kick Like a Girl is probably one of the best things we’ve ever done. We still get excited when inter county players like our pictures or talk to us at matches! It’s been a real confidence booster as well. Talking in front of our school or a packed auditorium would’ve been a nightmare a year ago but we’ve learned to be grateful that we’re able to speak at different events and spread our message. We’re not done with Kick Like a Girl and we won’t be until it’a difficult to get a ticket for a ladies’ All Ireland Final. That was our goal from the start and we’re slowly, but surely, getting there.