Disabled Women in History by Naoishe 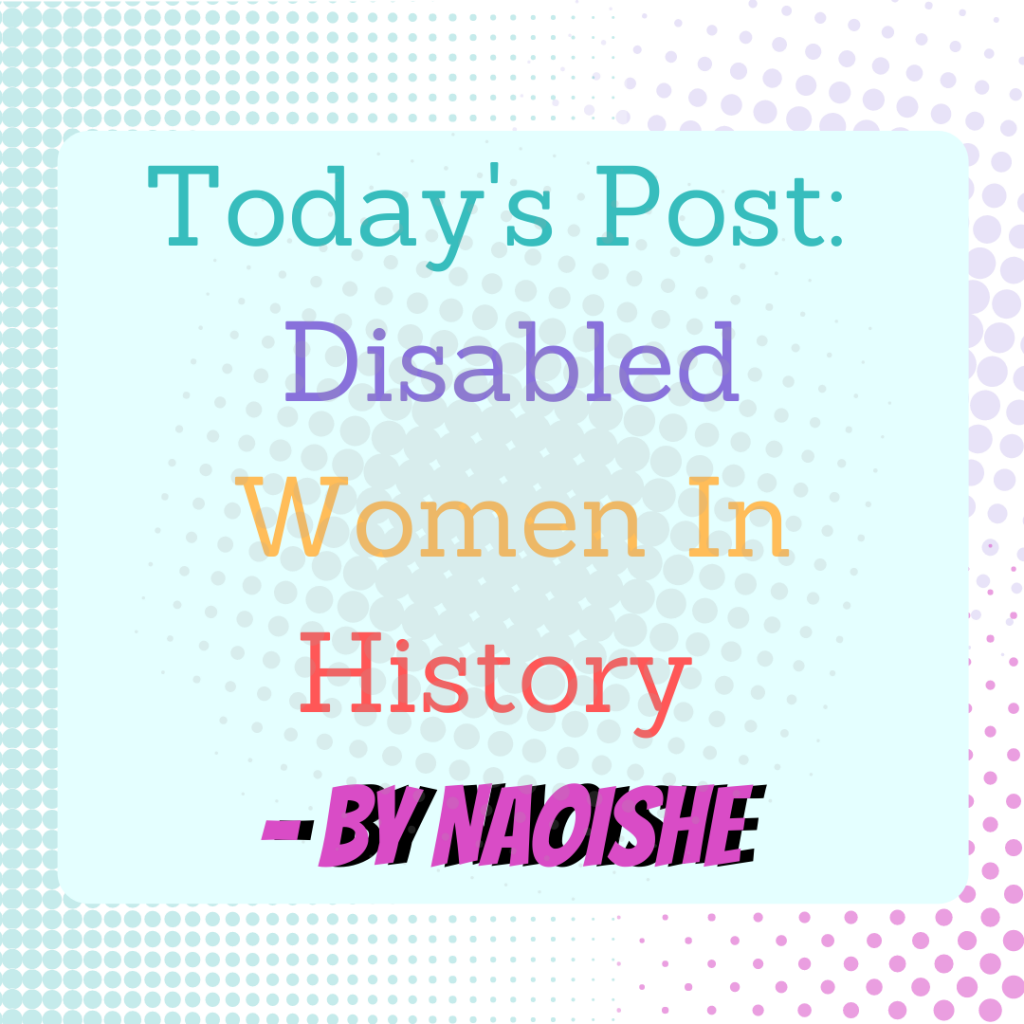 July was disability pride month so I decided to share something that celebrated disabled and chronically ill women throughout history. We don’t always get to learn about disability history so I wanted to write about some amazing women who I really admire and who also had disabilities and illnesses❤️😀 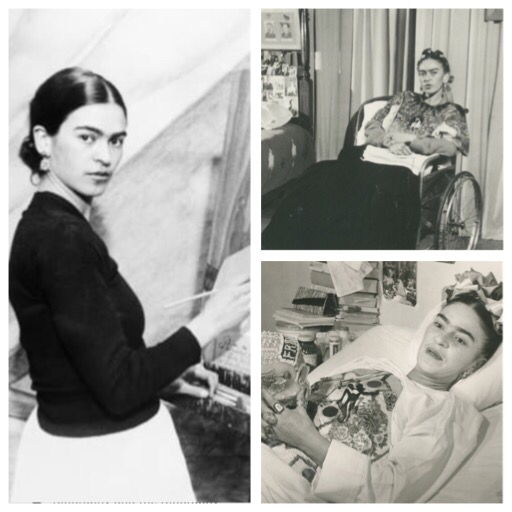 Frida Kahlo (1907-1954) was a disabled Mexican artist who suffered from chronic pain/illness throughout most of her life as a result of contracting polio as a child and a bus accident at the age of 18. So, she went back to her childhood hobby of painting. She created many of her beautiful paintings and artwork from bed. “Feet what do I need you for when I have wings to fly” -Frida. 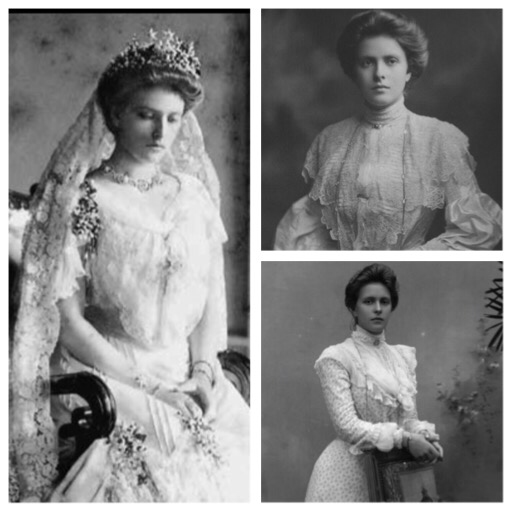 Princess Alice of Battenberg (1885-1969). Princess Alice was diagnosed with congenital deafness as a child. With the help of her mother, she learned to lip read in 5 languages. She also suffered from mental illness. In 1930 she was diagnosed with schizophrenia and was imprisoned in a sanatorium where she was abused and tried to escape many times. Later in life, during the Second World War, she sheltered many Jewish refugees and families. Because of this, she was recognised as ‘Righteous Among the Nations’ by Israel’s Holocaust memorial institution. 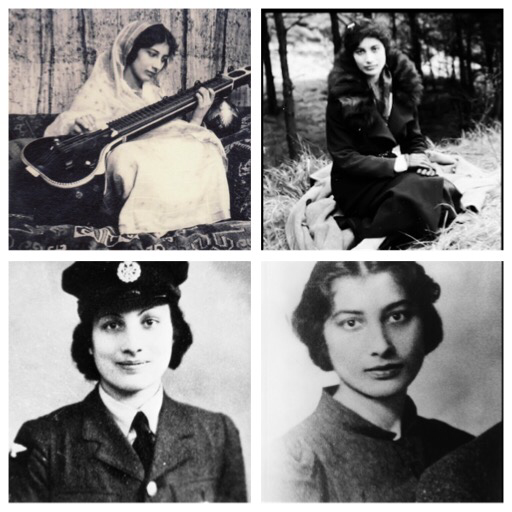 Noor Inayat Khan (1914-1944) was an Indian/Muslim British spy during World War 2. She served in the Special Operatives Executive and was the first female wireless operator to be sent to occupied France to help the French Resistance. She suffered from a circulatory disorder causing chronic pain in her fingers and hands which made her style of tapping morse code very distinctive. Noor was unfortunately captured and executed. But she was awarded the George Cross in her memory by England for her service. 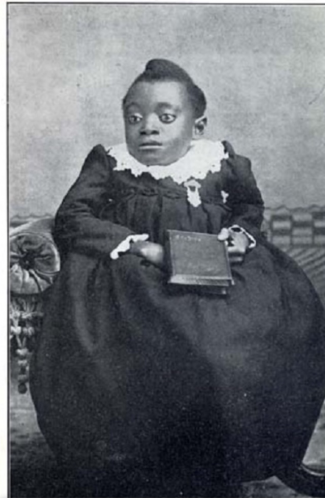 Eliza Suggs (1876-1908) was born disabled with Osteogenesis Imperfecta. She grew to 33 inches and as a result, was often offered money to be in ‘Freak shows’ but she refused. In 1906 she published a book called ‘Shadows and Sunshine’ about her parents’ lives as former slaves and her own story as a disabled black woman in America during the early 1900s. 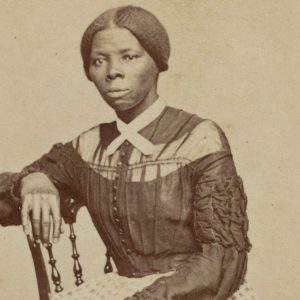 Harriet Tubman (1822-1913 ) was born a slave in Maryland. She suffered a head injury as a result of a slave owner’s attack. This caused Harriet to suffer from epilepsy. She escaped from slavery in 1849. Harriet led the ‘Underground Railroad’ which lead and helped 1000s of slaves escape to freedom. She helped free hundreds of slaves during the Civil War too. Later in life, she was an activist for women’s suffrage. 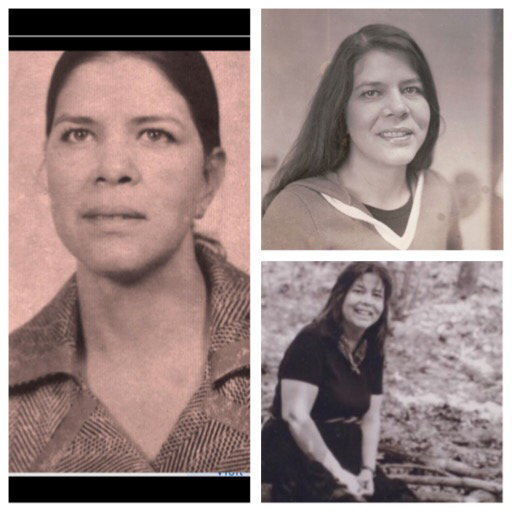 Wilma Mankiller (1945-2010). Wilma was a Native American woman who had a rare form of muscular dystrophy. She was a member of the Native Cherokee Tribe. Wilma started working for the Cherokee Nation and soon after became Deputy Chief. She was the first female principal chief. During her 3 terms, she revived the tribal Sequoyah High school and founded the Cherokee Nation Community Development Department. This resulted in a population increase of Cherokee Nation citizens from 55,000 to 196,000. 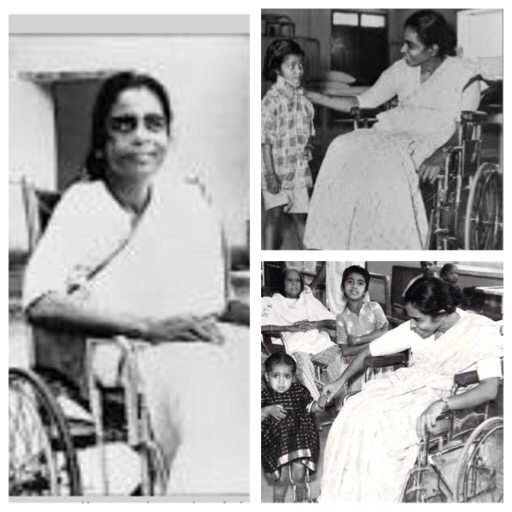 Mary Verghese (1925-1986). Mary was an Indian doctor gynecologist. After a car crash in 1954, she became disabled from spinal cord injury and started using a wheelchair. After this, she founded the first functional Rehabilitation Institute in India in 1966. The Rehabilitation Centre aimed to help people with injuries. It is still up and running today. 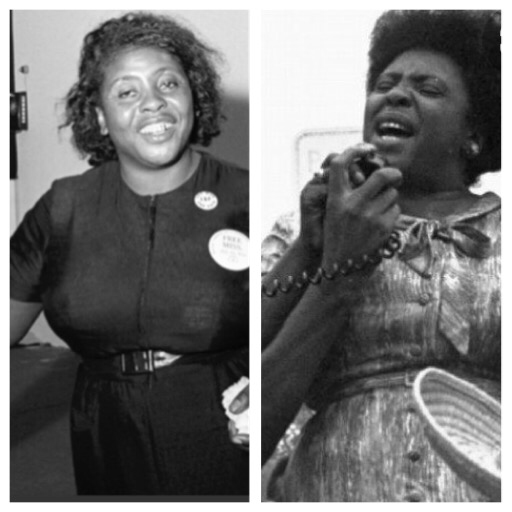 Fannie Lou Hamer (1917-1977). Fannie became disabled from childhood polio. She was a leader in the US Civil Rights movement.  She also helped recruit and support women who wished to go be elected to government office. Fannie helped organise the Freedom Summer African American voter registration drive in Mississippi. In 1961, a hysterectomy was performed on Fannie without her consent by a doctor. She suffered health complications as a result of this but later adopted and raised two girls. Fannie famously said, “I’m sick and tired of being sick and tired” which is engraved on her tombstone. 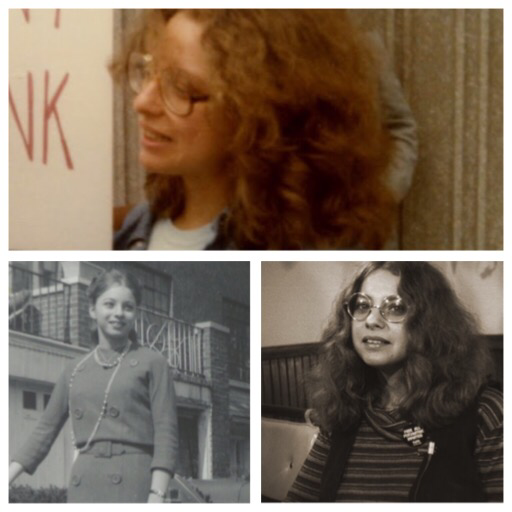 Judi Chamberlin (1944-2010). Judi was a leader in the Psychiatric Survivors Movement which fought against institutionalisation. At the age of 21, she suffered from depression and schizophrenia and was involuntarily committed to a psych ward in the 60s. Judi said she was a prisoner of the system because she was not allowed to leave the psychiatric hospital and she was not allowed any visitors. The abuse she suffered there, lead her to advocate for mental health patients and their rights. 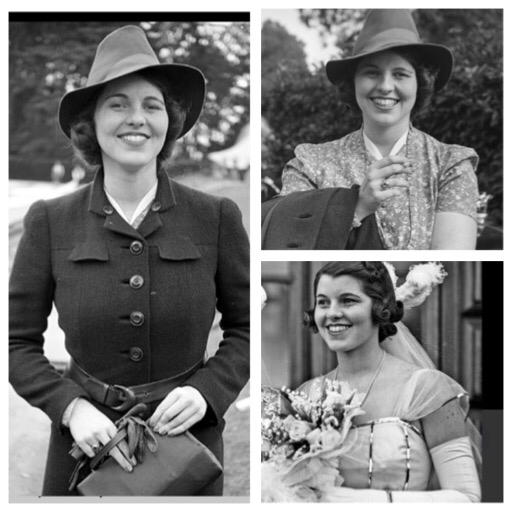 Rosemary Kennedy (1918-2005) Rosemary was the sister of the former president John F. Kennedy. From a young age, she had seizures and what would’ve been diagnosed today as depression. Rosemary also had a learning disability. At age 23, Rosemary’s father arranged for a lobotomy to be performed on her without her or her mother’s consent. Unfortunately, Rosemary’s condition got much worse after this and she needed constant care. However, Rosemary’s disability is what made Eunice Kennedy, her sister start up the Special Olympics. After J.F Kennedy became president, Rosemary’s illness was part of the reason the American’s with Disability Act was just starting to be pushed forward. 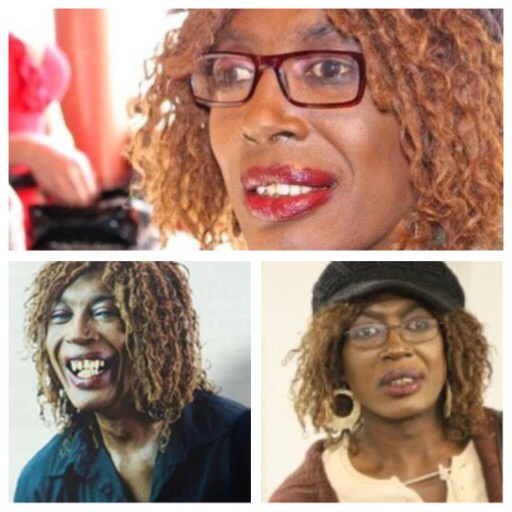 Jazzie Collins (1958-2013). Jazzie was a disabled trans woman who throughout her life campaigned for disabled people, people of colour,  the LGBTQ+ community, and the elderly in San Francisco.  Jazzie also worked to help tenants to prevent evictions. The first homeless shelter for adults within the LGBTQ community in the United States was founded in 2015 and named ‘Jazzie’s Place’ in her honour after her passing. 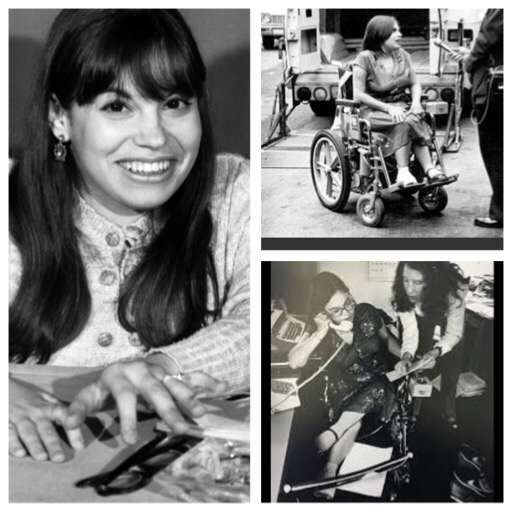 Judy Heumann (1947-present) Judy is an American Human Rights Legislator. Judy became disabled as a child from Polio. After college, Judy was denied her teaching license because the Board believed she would be unable to get her students out in the event of a fire. She sued for discrimination and the Board settled and gave Judy her teaching job making her the first wheelchair user to become a teacher. In 1970, she founded Disabled in Action which fought for the Civil rights of disabled people. The government at the time refused to sign a bill to protect the rights of disabled people so Judy and 150 other disabled people sat in the San Francisco Department of Health for 28 days refusing to leave until the Act was signed in 1977.  “If I have to be thankful for an accessible bathroom, when am I ever going to be equal in the community?” -Judy Heumann. 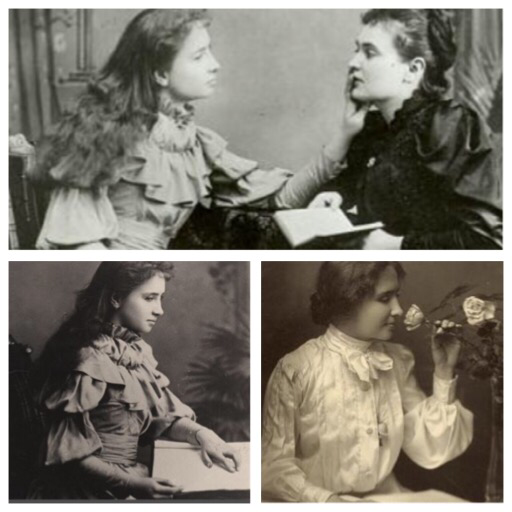 Helen Keller (1880-1968). Helen was an author, political activist, and women’s suffragette. She contracted an illness as a baby which caused her to become deaf and blind. She was able to distinguish people through the vibration of their footsteps and movements. She learned how to communicate in a unique way with her teacher and companion Anne Sullivan. She became the first deaf-blind person to graduate college. Helen became a world-famous speaker and traveled all over the world advocating for disabled people. 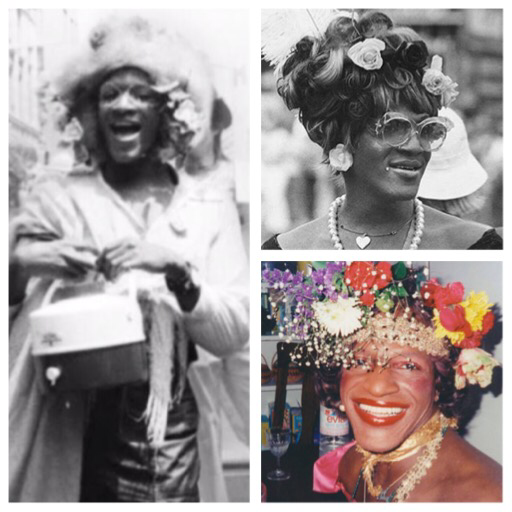 Marsha P Johnson (1945-1992). Marsha was a trans woman who was a prominent figure during the Stonewall Uprising of 1969. Disability justice was also at the centre of Marsha’s activism. Marsha demanded that Trans people who were subjected to non-consensual psychiatric treatments be released from hospitals. Marsha said that experiences of oppression can cause disabilities. Marsha had both physical disabilities and mental illness-this was because she was regularly arrested and shot once and subjected to medical treatments without her consent. “I may be crazy but that don’t make me wrong” -Marsha P Johnson.