Why “My Ex Was Crazy” is a Major Red Flag 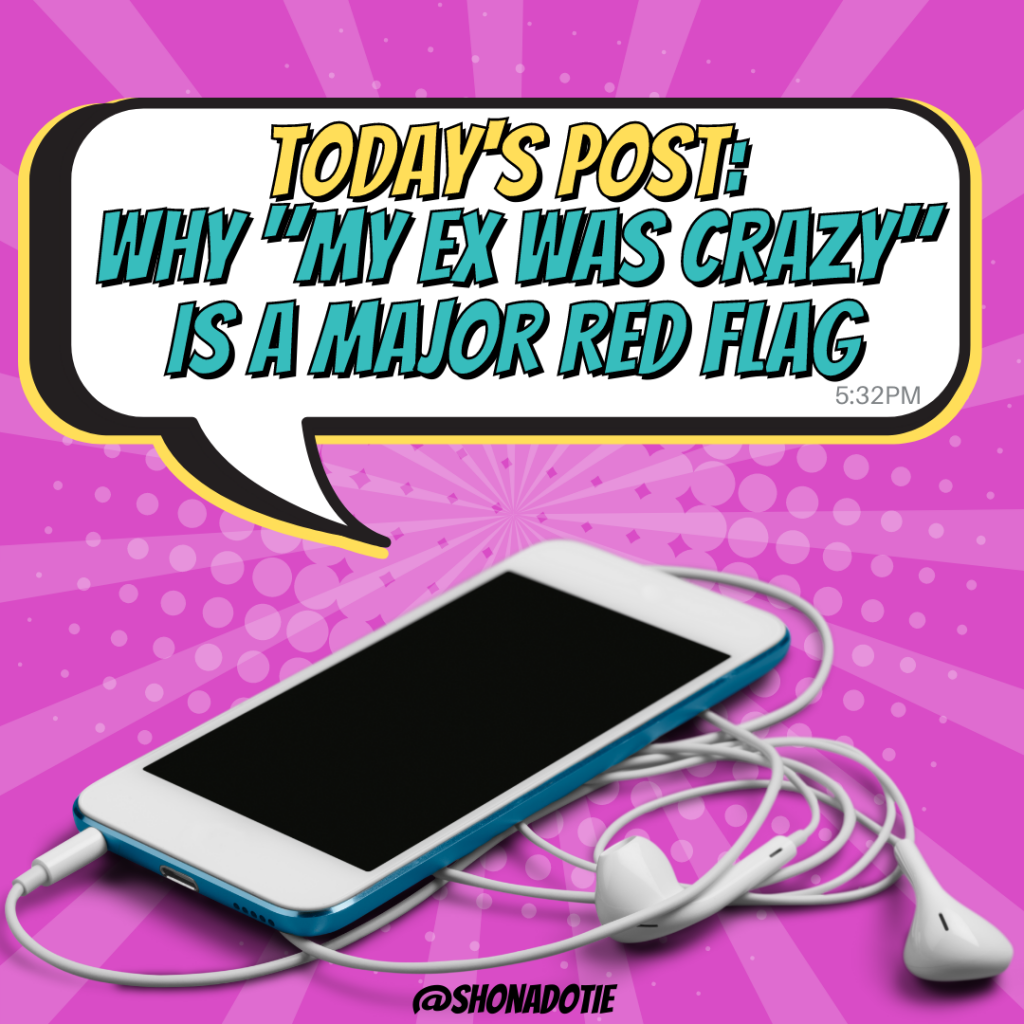 The word “Crazy” has been used to undermine and discredit women since the dawn of time. “She’s nuts, a psycho, way too emotional”.

We’ve all heard it, but we’re too quick to believe it. In fact, it says way more about the person who said it than the person they’re referring to, and it’s a massive red flag in a relationship.

Yes, we’re all capable of making mistakes, we’re not perfect, and we can have some toxic habits. Let’s own that. But, when someone repeatedly refers to another person as “crazy” it shows a complete lack of understanding, compassion, empathy, or willingness to look at their own behaviour. A more mature way to reflect on it would be “It didn’t work out, but she was going through a lot, and needed to focus on herself,” or “Yeah we broke up, but I still respect her as a person and want her to be happy.”

Here’s what the use of the word “crazy” tells you…

Ask yourself, how do you think your exes speak about you to their new partners? And then consider what you believe about how your current crush talks about theirs.

If you hear the word crazy, call it out! As women, we need to recognise and call out toxic behaviour when we see it and stand up for each other more!