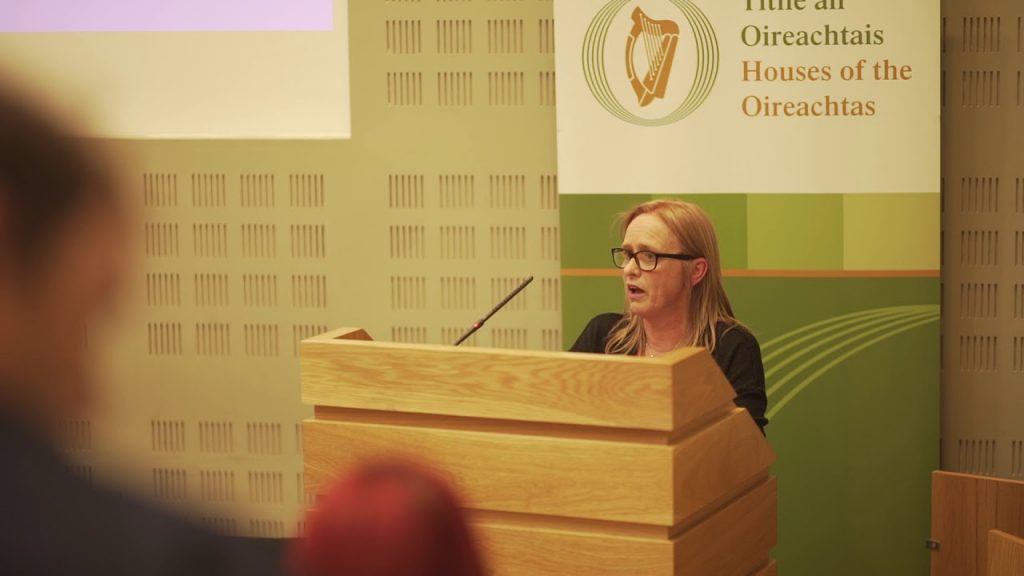 Jackie Fox is the mother of Nicole Fox Fenlon, affectionately known as ‘Coco’. The name stuck when her little cousin couldn’t pronounce ‘Nicole’. Nicole was loved by everyone in her family and they were all extremely close. Her mother’s favourite thing about her was that she always had a giddy, cheeky smile on her face and that every time she laughed her nose would scrunch up. She was caring and loving to everyone and that is why in January at the age of 21 when she died by suicide after years of tormenting bullying, it was heartbreaking for everyone, especially her mother.

Keywest’s video, filmed by Gerald Walsh, is just a glimpse into Nicole’s life when all she wanted to do was go out, dance and have a good time.

That video is only 6 minutes long but Mr. Walsh has been filming for months and plans to document the whole experience of what Nicole and her family have gone through and what Ms.Fox expects to go through when trying to make a change.

After losing her daughter, Ms. Fox wanted the bullies who had harassed her daughter, since she was 18 to be held accountable, but when she went to the Garda Station there was nothing they could do as the outdated act, which was set in 1997 before smartphones even existed, does not have any consequences for cyberbullying, whether that be a mean comment or extreme death threats.

That is why on April 24th Jackie protested at the Dail to demand an amendment to the Section 5 act to include that making false pages/persons to bully others along with threats leading to the victim committing self harm or suicide should become a crime. She was supported by around 300 protesters and had the chance on June 25th to address the Dail TD’s (1-2 TD’s from each party, a huge turnout) to hopefully introduce the amendment. After talking with Ms.Fox she said that before her speech she felt physically ill with nerves and even thought about going home but before she went up she said “Nicole you have to help me!” And after that, the second she was on the podium the words flowed. Here’s her powerful presentation, give it a watch.

Unfortunately now the Dail is in recess for a few months and Coco’s Law was not discussed, so it will be much longer than hoped to fix the constitution. Because of this Ms.Fox has decided to hold a press conference on the 19th of September at 11am in the Buswells Hotel which will feature other mothers and families who have also been affected by cyberbullying or suicide and support this day with a march on the Dail at the end of September. Ms. Fox’s concern is that the government was too late for Nicole and many other young people and she does not want any other mothers to experience the same thing she has. Mental Health in Ireland needs to be addressed properly now that we can finally can talk about it without judgement and this amendment is one huge step in the right direction.

The final thing I asked was what advice Ms. Fox had for someone being bullied and a mother whose child is being bullied. Her advice was that the best way to overcome bullying is to talk about it, to let the people that love you know what’s happening in order for them to help you find true friends and protect you from bullies because doing that by yourself is too much for one person.

For the mothers of children being bullied, Jackies advice, especially with her hopes for Coco’s Law, is to screenshot and save any bullying material on social media to have the evidence if it’s ever needed.

If you are being bullied and need to talk please visit yourmentalhealth.ie for support.