Galway girl denied All Ireland tickets, for being a girl 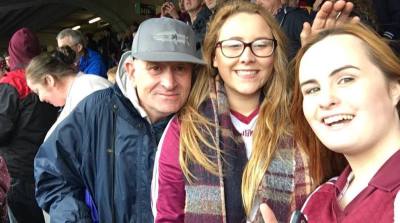 Yesterday, in an epic battle, Galway claimed their first senior All-Ireland title in 29 years. Cathríona Heffernan (18) is a proud Galway fan, who has attended many of the matches with her Grandad, a proud Waterford man. She also runs the @galwaygaa account on Instagram, which currently has over 16k followers. Cathríona also happens to be a cousin of our founder, Tammy, a proud Waterford woman who still hasn’t recovered and doesn’t want to talk about it.

Last week, in the madness for tickets for the final, Cathríona put the shout out through her page. She was initially promised tickets from a man, who then retracted his offer when he realised she was female. 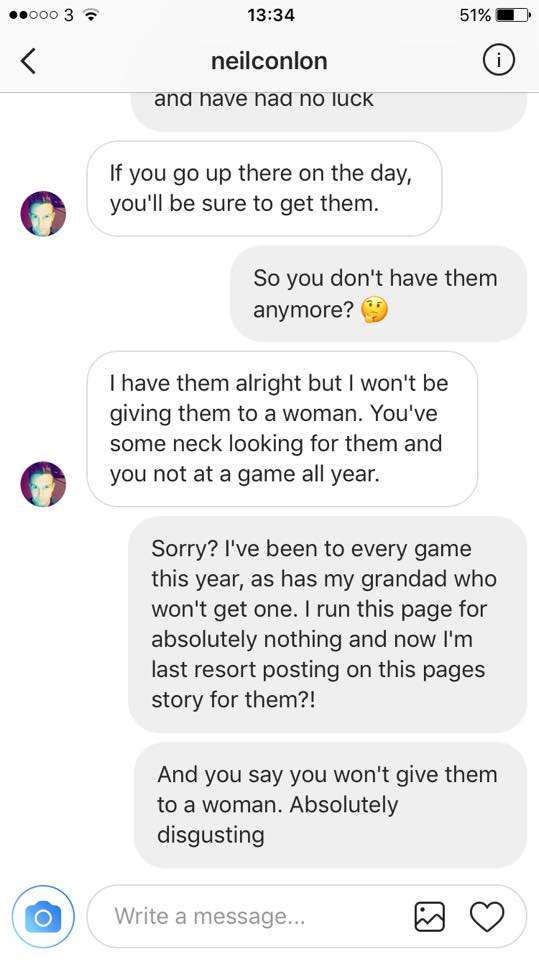 Floored by his response, Cathríona shared a screenshot of the response which went pretty much viral over the weekend. We spoke to her this morning and she said ‘Girls quit sports everyday because of comments like these.’

All’s well that ends well though, as she managed to get tickets for herself and her Ma, and also won two further tickets for her Grandparents.She hasn’t had any contact from Neil since, although we’re pretty sure his inbox will be flooded after this.

On the win, Cathríona says “I feel unreal, its still hasn’t sunk in yet but I’m sure it will at the homecoming today.” As for her Grandad Kevin, who was born in Waterford but has lived in Galway for over 40 years, she says “He’s good, he’s happy to see Joe Canning finally get his All Ireland and he had said the weeks before that it’s a win win for him but I’m sure with the game being so close he would’ve loved if Waterford had just edged it. Waterford will be back, they’re only young.”

Good woman yourself Cathríona, see you back there next year!