Why are these women protesting at Cannes? 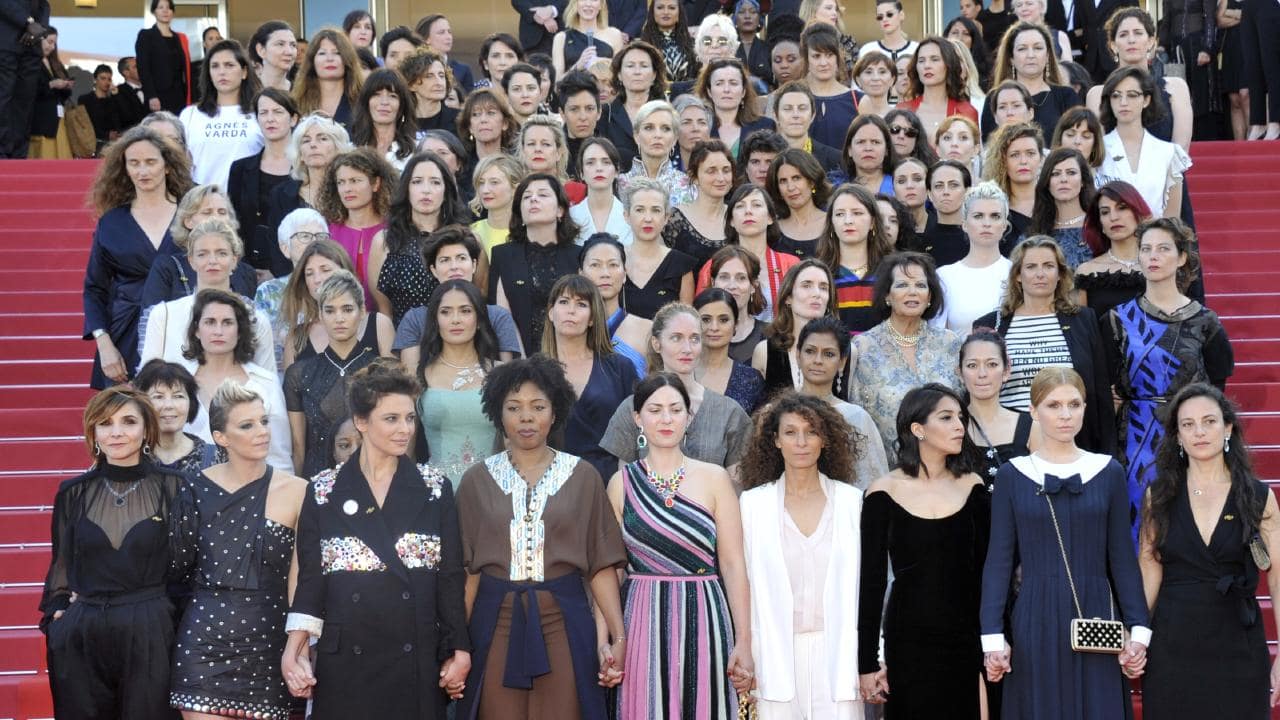 This is a pretty powerful image when you consider what these women represent.

At the Cannes Film Festival, over the weekend, 82 women marched up the red carpet to protest against the gender inequality that exists, not just at Cannes, but within the film industry and, lets call a spade a spade, many other industries across the world.

The group, which included Cate Blanchett. Ava DuVernay, Kristen Stewart and Salma Hayek, stood with locked arms and faced away from the theatre while Cate read a collective statement from the group.

Each of the 82 women represented the number of films by female directors that have been celebrated at Cannes. Not too many when compared to the 1,645 male directors that have appeared. In her statement, Cate said “Women are not a minority in the world, yet the current state of the industry says otherwise. We stand together on these steps today as a symbol of our determination to change and progress.

We expect our institutions to actively provide parity and transparency in their executive bodies and provide safe environments in which to work. We expect our governments to make sure that the laws of equal pay for equal work are upheld. We demand that our workplaces are diverse and equitable so that they can best reflect the world in which we actually live. A world that allows all of us in front and behind the camera, all of us, to thrive shoulder to shoulder with our male colleagues.”

What a great and powerful message, and a reminder that we all need to take our place at the table. Because women, as we know, are unstoppable.

Watch the speech below.