Author Eimear Ryan on Playing Sport Like a Girl

Team sport does something to a girl. You get to think about your body in terms of what it can do, rather than how it looks. You become more engine than ornament. It is the only context in which I have ever been praised for aggression. It teaches you to be commanding, to take your ground.
To assert, rather than mitigate, your physical presence. Win the dirty ball is our team’s mantra – get into the thick of it, where it’s not pretty, and emerge with the ball in your hand. Slog is as valuable as skill. Perseverance is as vital as ability. Team sport confers on women opportunities usually only given to men: the chance to face fears, take risks, and get hurt without serious consequences. 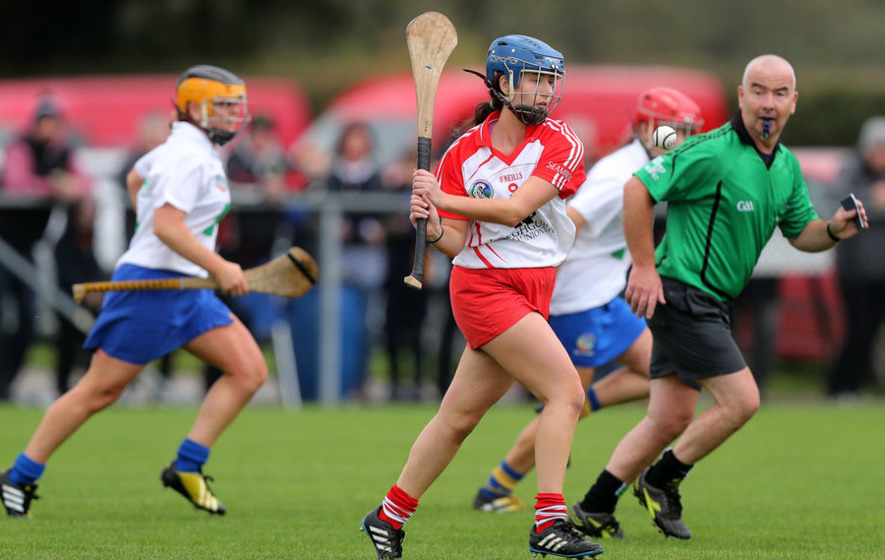 Though I’m now a less skittish, nervy player than I was in my younger days, there are things I fear. I still get scared when I go in for a high ball. It’s the lottery of it: the clash of bodies midair, the possibility of a broken hand, or of the unseen jab from behind when you’re at full stretch and vulnerable. When I manage to pull off a catch, I’m unreasonably pleased on the basest of levels, like a Labrador after retrieving a frisbee.
During the summer, each arm is a flowchart of bruises – some old and yellowing, some new and purplish-blue. They map the narratives of each match and session. You feel the belts but they don’t get sore until later, when the adrenalin turns off like a stuttery tap.
Sometimes I feel the need to cover the bruises up, wearing long-sleeve shirts like a teenage self-harmer. You get looks, sometimes, particularly in cities; the man at your side gets stern, suspicious glares. My team mates schedule their weddings for the off-season, so their skin will be unblemished in photographs.
In a culture where women are most valued for how pretty and agreeable they are, to be given a platform to test female physical strength and courage feels, at times, almost transgressive. Women leathering into each other, striving to best each other, doesn’t fit with our notions of femininity. Is this part of why women’s team sports don’t have the audience that men’s do?

There is a psychological phenomenon my coach likes to quote: ‘The fear of winning can be as big as the fear of losing.’
It sounds counter-intuitive: what’s better than winning? But winning creates expectations. Winning demands you do better next time, win again and again. Losing is easy and comfortable; everyone knows how. Winning requires arrogance, something which girls are typically socialised against at a young age.
Oh no, I’m desperate. State of me. Would you stop it’s from Penneys.
In other words, winning takes balls.
Author Eimear Ryan has agreed for us to publish this piece, which is an extract from an article written originally for the Irish examiner. You can follow Eimear on twitter @eimear_ryan.
Thank you so much Eimear, for sharing this piece.