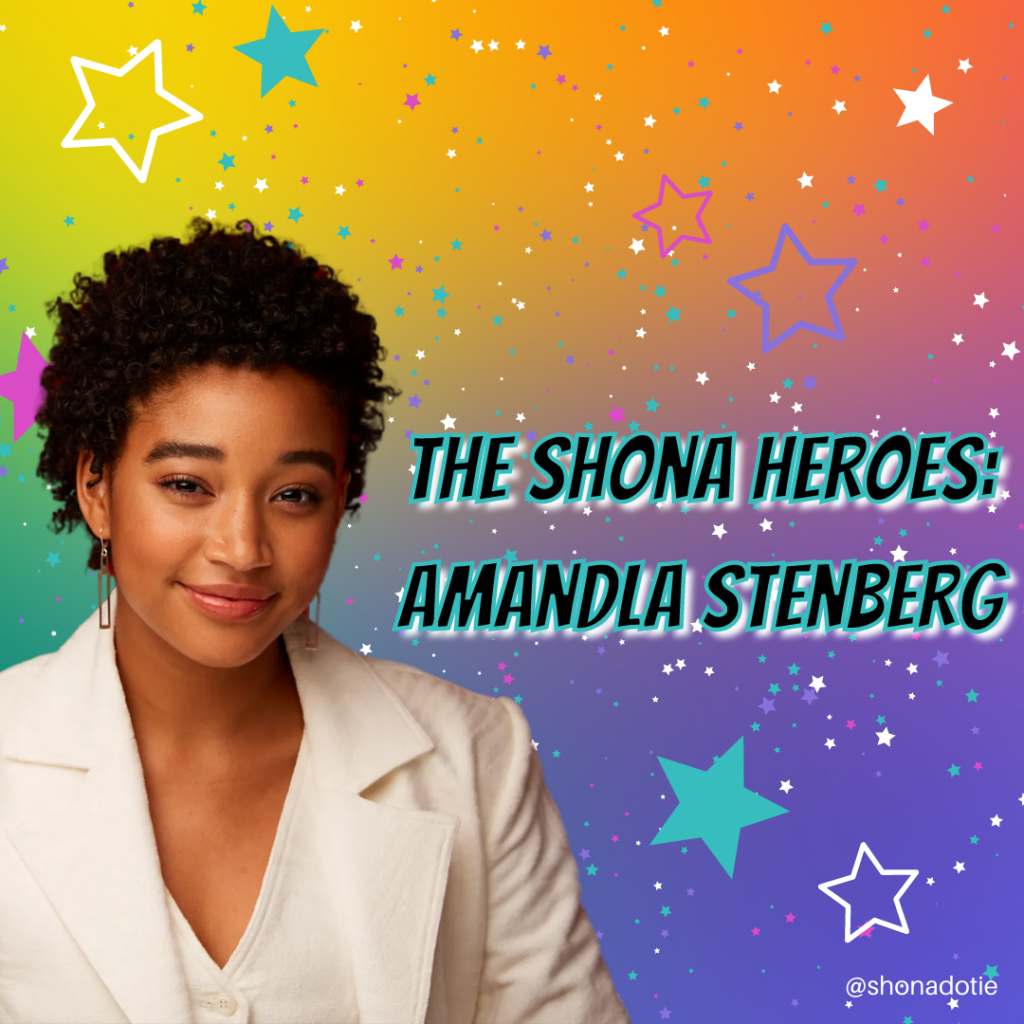 If you’re a Hunger Games fan, you’ll already know Amandla Stenberg. She played the adorable Rue and was awarded a Teen Choice award for her performance. Amandla has been acting since the age of 12 and has been an activist for almost as long. Her journey to becoming a true role model for us all started when she played a controversial role in “The Hate You Give“. She played the sixteen-year-old Starr Carter who witnesses the shooting of an unarmed black teenager by police. Her character had to decide whether or not to testify, and really highlighted the Black Lives movement. Even the movie’s writer, Angie Thomas, praised Amandla by saying,  ‘she doesn’t allow the world to box her in, nor does she let it silence her.’ We love that she refuses to bend to the world of Hollywood and she stands her ground.

Born and raised in Los Angeles, Amandla’s name means power and strength in the South African languages of Zulu and IsiXhosa and this name actually comes from her mother’s African American heritage. Dazed magazine named Stenberg as ‘one of the most incendiary voices of her generation’ in August 2015, and we can see why!

So, why have we chosen Amandla as this weeks hero? Here’s why…

1. She’s not afraid to speak her mind!

Amandla is such a breath of fresh air. Constantly being in the public eye hasn’t changed her. She is so honest, willing to speak up and voice her opinion – even if they are on some controversial topics! 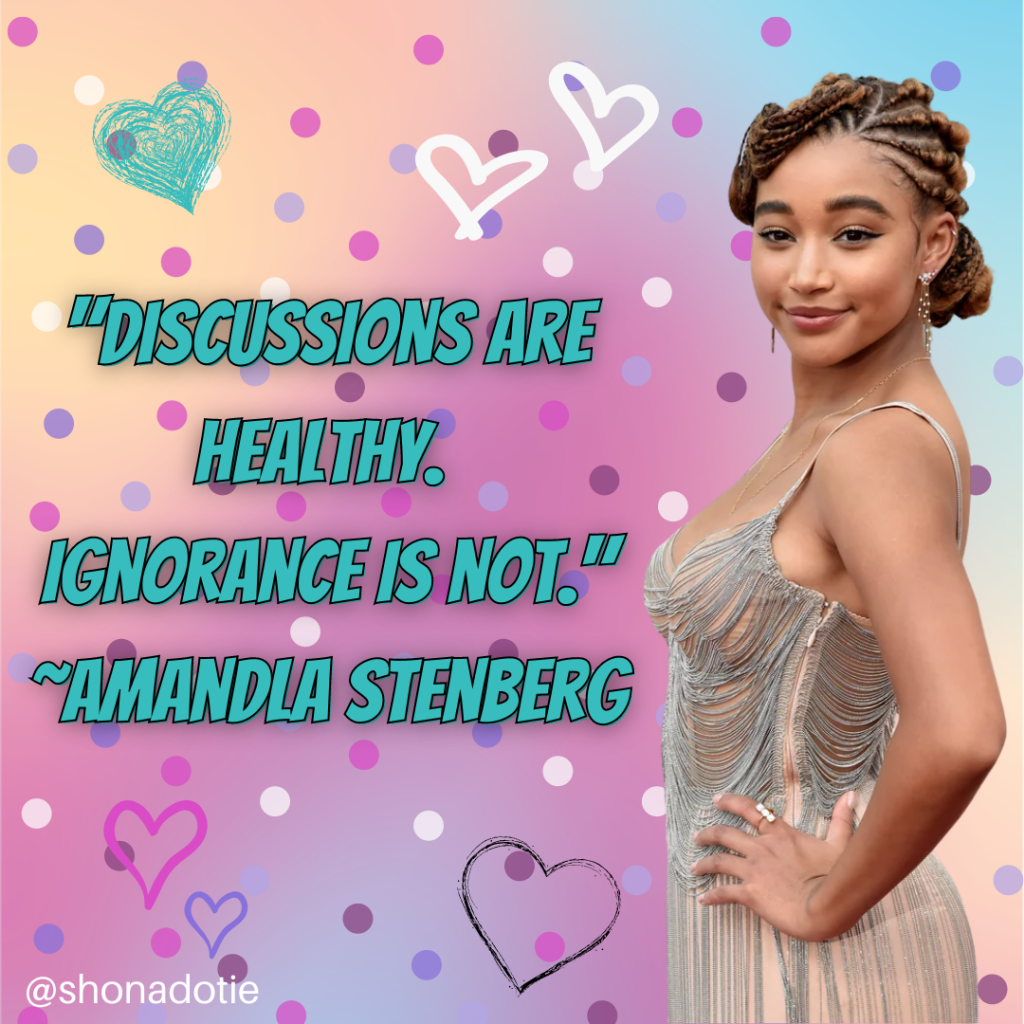 2. She uses her platform for good.

Amandla is an activist for people of colour and has spoken out about cultural appropriation. Her school project “Don’t Cash Crop My Cornrows” went viral on Tumblr. The video below (an oldie but definitely a goodie!) shows her speaking out against celebs such as Kylie Jenner adopting the hairstyle. Buzzfeed even called the piece ‘the realest explanation of cultural appropriation.’ She continued to use her social media to promote the Black Lives Matter movement and all other sorts of relevant pressing issues! She is a girl you want showing up on your feed!

3. She’s the definition of a true advocate.

Amandla is an advocate for many things such as female empowerment and LGBTQ visibility. She identifies as an intersectional feminist and is outspoken about her political views.  She identifies as non-binary and uses both she/her and they/them pronouns. She came out as gay in early 2018 and has been an advocate for the LGBTQ community through her platform. As someone who is biracial, non-binary and gay she embodies a blurring of boundaries. Amandla even took herself out of the running for a role in Black Panther as she felt that as a woman of light-skinned colour, she believed it was ‘not a space she should have taken up.’ We wish we could be as humble as this girl! 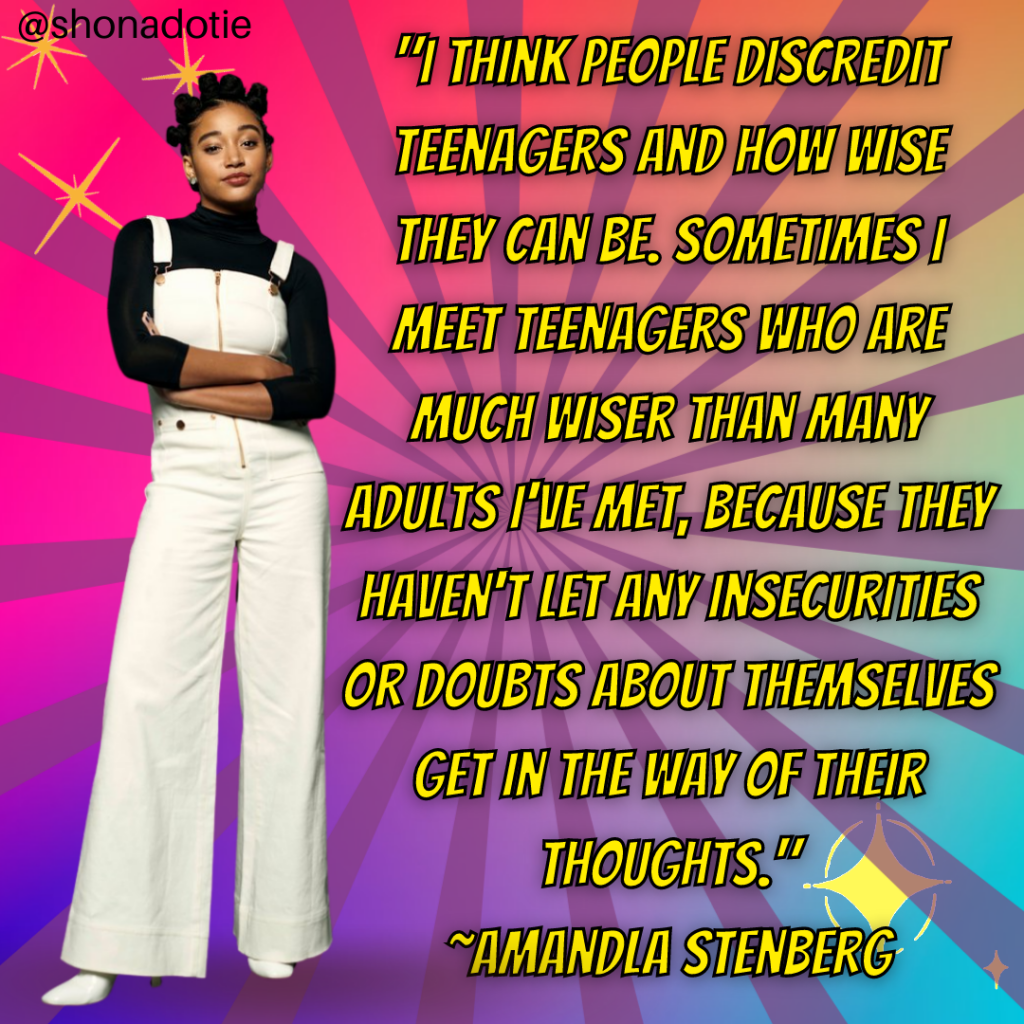 Amongst all of this, she is an advocate for human rights and actually received the 2019 Human Rights Campaign Visibility Award. They awarded her for ‘captivating audiences with her incredible talent while using her public platform to spark conversations on the importance of intersectionality and advancing fairness and equality for all.’ She is out and proud and is a compassionate voice for equality for all.

As you probably agree with all of us at Shona, Amandla is an absolute powerhouse and has absolutely earned her spot in Shona Heroes. We cannot wait to see what she gets up to next!