How much do we love Aine Cahill?? (A lot, obviously).

As our neighbours, friends, family and anyone who ever passes our office will know, our favourite song of 2017 is Aine Cahills “plastic”.  The 22 year old Cavan girl’s video has been played on repeat on just about every radio station in Ireland and rightly so, as she gives any of the big guns (Adele, watch your back) a run for their money.

Whilst her previous single “Black Dahlia” was hauntingly beautiful, this song is on another level, and she’s only getting started. When we spoke to Aine, we asked her to reflect on her teenage experience, and she was surprised how it struck a cord with her, and she revealed how she struggled with dark times, just like so many of us. Aine has been through challenges, but in the words of the wonderful Carrie Fisher she decided to “take your broken heart, and make it into art”.

Aine, lets do this….

Describe your teenage experience in 3 words.

As a kid, what were your dreams? How have they worked out for you?

My dreams have changed so much since I was a kid. The first I can remember is that I wanted to play for Manchester United, another was to go to New York City and the biggest of all was and still is to tour all over the world. I lost all interest in sports in my teens so that one was out of the question along time ago Haha. I got to visit New York when I was 19 which really was a dream come true… as for the last one – I’m working on it! 😉

A huge influence on my teens was Lady Gaga. I remember writing an essay about her for English on ‘Female Heroes’. Her music was my escape from all the pressures of school and just being a teenager in general. Also, my mam is the most important female figure in my life, my Dad worked a lot when we were growing up and she raised 4 children while working 2 or 3 different jobs at the same time. I admire her strength, it’s something I think I have inherited from her.

I think it has to be being a teenager. Honestly, it was some of the darkest times I can remember. I don’t know if many people knew that I was really struggling, especially towards the end of secondary school. I didn’t want to get out of bed or leave the house. I never wanted to go to school. I wasn’t being bullied or anything really, I just fell into a dark place and couldn’t get away from it. It’s hard to explain, and I was one of those people who could hide it really well. I would try be funny so no one would notice. Anyway, I think anyone who has had tough times and comes out the other end should be really proud of themselves, whether it’s depression, anxiety, eating disorders, all of the above etc. because I know how hard it can be and I also know that people go through much much worse than I’ve done. 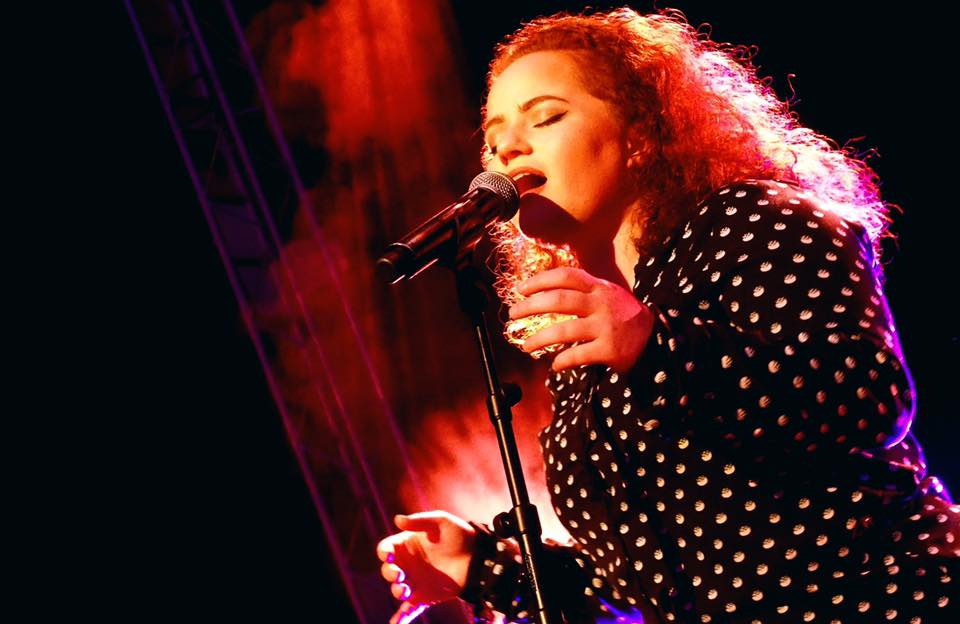 I have a tattoo on my arm that says ‘Beauty is a lie’. It reminds me that society’s standards of beauty don’t define what being beautiful really is.

I love to make people laugh, I have a weird sense of humour though. 🙂

If you could invite 5 women alive or dead to dinner, who would it be?

Marilyn Monroe, my granny (who died before I was born), my mam (so she could see her again), Ellen Degeneres, and Lady Gaga.

Who is your go to female shoulder to cry on?

To be honest, I don’t have one which is actually a very bad thing. I would love to say Mam but that’s not true and that’s not her fault, it’s mine. I am really bad at opening up to people. It is one thing that I need to work on. Talking to people is so so important, bottling things up makes it worse and leads to over thinking everything.

Áine, you will be ok.

Aine, you are more than okay, you are freaking awesome and we love you.