Who is…. Abby Wambach? 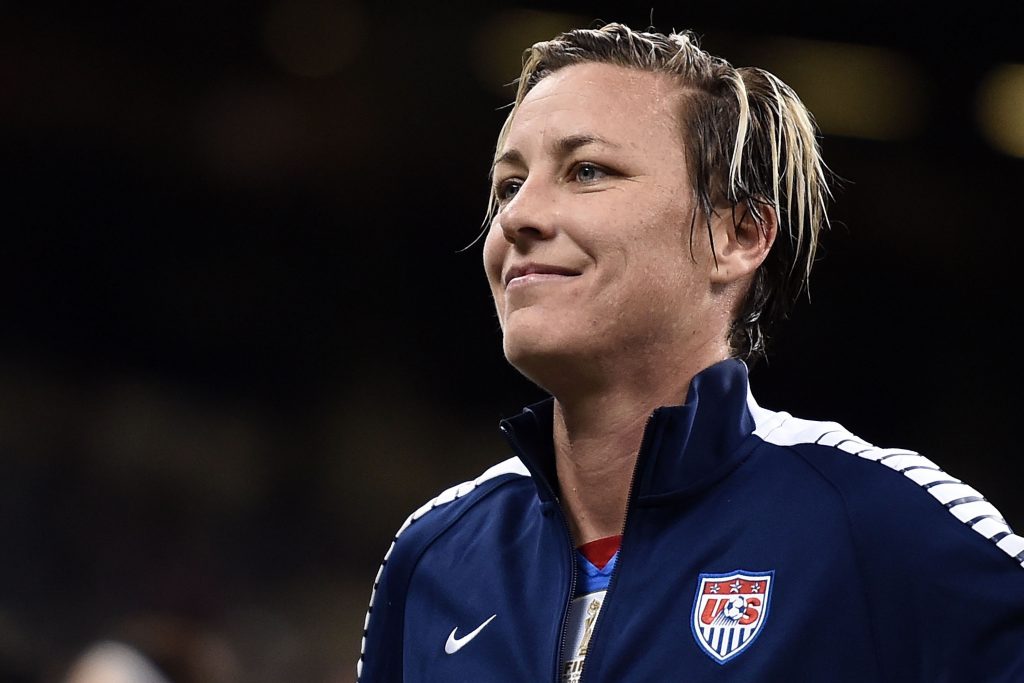 Christiano Ronaldo is a household name all over the world and a hero to boys and girls who love to play and watch soccer. To date, he has played 154 games for Portugal and has scored 85 goals for his beloved country. The only male International player to have scored more goals, is the lesser known Ali Daei, who has scored 109 for his native Iran over the course of 149 games.

Both of these International legends are shadowed by the amazing Abby Wambach, who played for the US between 2001 and 2015, scoring an unbelievable 184 goals in 256 games and who continues to be the highest scoring International Player of all time. The two-time Olympic gold medalist, Fifa World cup champion, Fifia World player of the year and six time winner of the US Soccer Athlete of the year was named by Time Magazine as on of the most influential people in the world in 2015. HOT DAMN!

We know that our female sports stars don’t get the same recognition as the males, and that’s a real bug bear of ours here at Shona, but Abby Wambach really was, and continues to be, a force to be reckoned with. Here’s a little introduction..

A photo of Abby kissing her then wife, Sarah Huffman after wining the world cup in 2015 went viral for all the right reasons, and that beautiful moment was celebrated throughout the world. Abby has publicly said that her sexuality had a huge part to play in her success, saying that she trained and worked hard because “If I played well, my mother might forgive me for being who I am.” 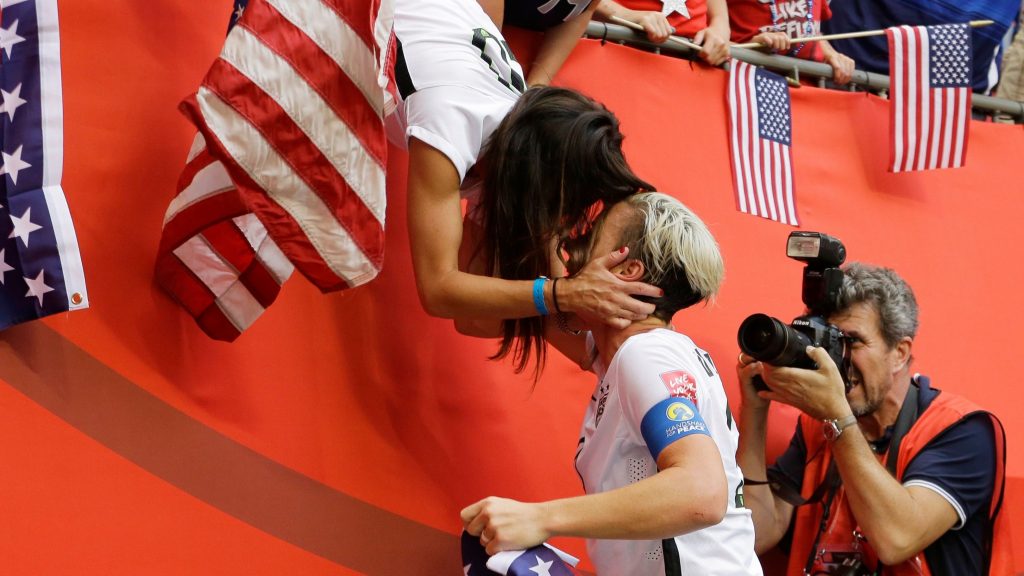 In May 2018, Abby made an amazing commencement speech at Barnard College, and one which every little girl should watch. “Like all little girls, I was taught to be grateful,” she said. “I was taught to keep my head down, stay on the path, and get my job done. I was freaking ‘Little Red Riding Hood.’

“The message is clear: Don’t be curious, don’t make trouble, don’t say too much, or bad things will happen. I stayed on the path out of fear–not of being eaten by a wolf–but of being cut, being benched, losing my paycheck. If I could go back and tell my younger self one thing, it would be this: ‘Abby, you were never Little Red Riding Hood, you were always the wolf.'”

“Here’s something the best athletes understand, but seems like a hard concept for non-athletes to grasp,” she said: “Non-athletes don’t know what to do with the gift of failure. So they hide it, pretend it never happened, reject it outright — and they end up wasting it. Listen: Failure is not something to be ashamed of, it’s something to be POWERED by. Failure is the highest octane fuel your life can run on. You gotta learn to make failure your fuel.”

“You’ll feel benched sometimes too. You’ll be passed over for the promotion, taken off the project — you might even find yourself holding a baby instead of a briefcase — watching your colleagues ‘get ahead,'” she said. “Here’s what’s important. You are allowed to be disappointed when it feels like life’s benched you. What you aren’t allowed to do is miss your opportunity to lead from the bench. During that last World Cup, my teammates told me that my presence, my support, my vocal and relentless belief in them from the bench is what gave them the confidence they needed to win us that championship. If you’re not a leader on the bench, don’t call yourself a leader on the field. You’re either a leader everywhere or nowhere.

“Scarcity has been planted inside of us and among us. This scarcity is not our fault. But it is our problem. And it is within our power to create abundance for women where scarcity used to live,” she said. “As you go out into the world: Amplify each others’ voices. Demand seats for women, people of color and all marginalized people at every table where decisions are made. Call out each other’s wins just like we do on the field, claim the success of one woman as a collective success for all women. Joy. Success. Power. These are not pies where a bigger slice for her means a smaller slice for you. These are infinite. In any revolution, the way to make something true starts with believing it is. Let’s claim infinite joy, success, and power — together.”

Watch the highlights here, and then go be the wolf…