A poem for Istanbul

When a bomb goes off in Paris, its is no more devastating than  one which goes off in Baghdad. A photo of a group of Muslims teenagers ravaged by war should be no less heartbreaking than one of a group of white teens after a bomb in a French nightclub.

Yet the media sensationalises incidents in our neighbouring countries while the mass devastation of other countries are relegated to the back pages. We cannot empathise with far-flung countries with different cultures because we cannot for one moment believe that such atrocities can happen in our world until they do.

Celebrities posting Instagram pictures asking us to pray for Paris, or Pray for France are empty gestures that achieve nothing and help noone. Why don’t we pray for the world and acknowledge that every day, in many countries, mothers are burying children and children are facing a life without parents through senseless violence.

Indian Blogger Karuna Ezara Parikh spoke about this beautifully at a ‘Women in the World’ conference in India last November when she said this:

Following the suicide attack in Istanbul airport on Tuesday night, Parikh wrote a beautiful tribute to a beautiful country on her Instagram page. 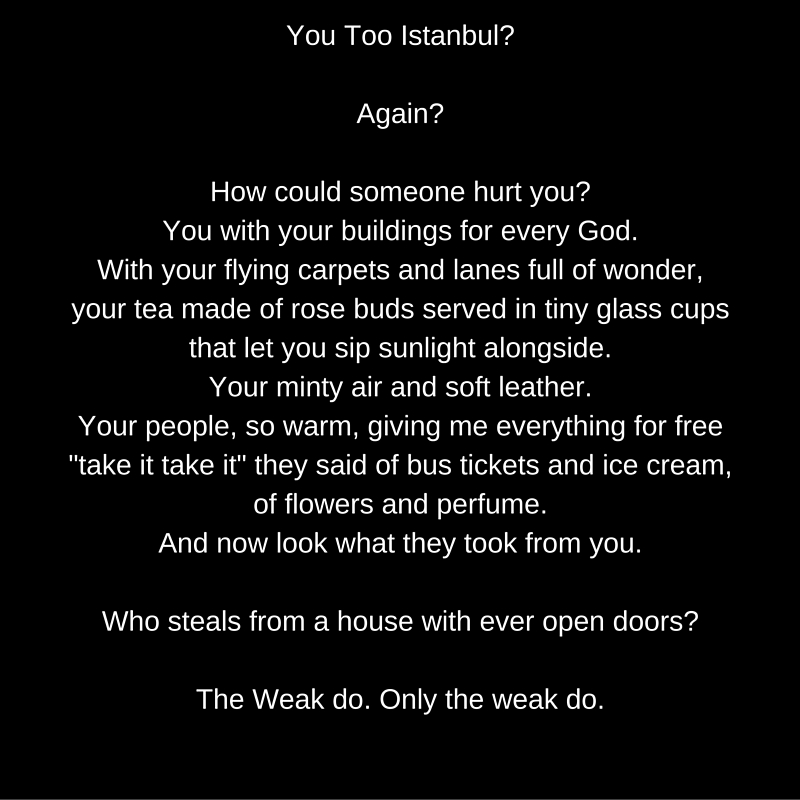 We cannot be expected to cry for every death that occurs in the world, but maybe when we hear of such atrocities, we should just take a moment to acknowledge the loss of one of us, no matter their ethnicity and background. Just a blinking thought of the needlessness of such acts rather than becoming accustomed to scrolling past these stories without a thought.