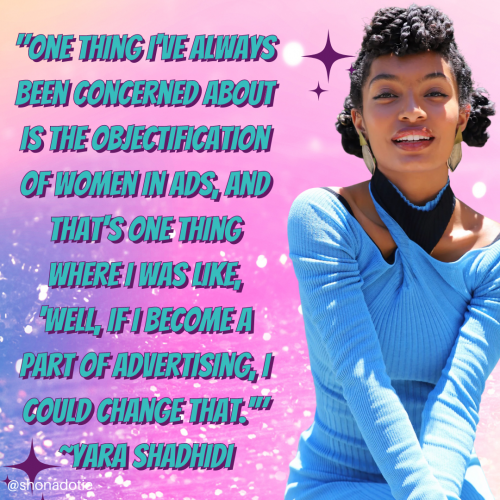 While you may not recognise her name right off the bat, Yara actually stars as the oldest daughter, Zoey Johnson in the popular sitcom Blackish. She is a young actress, model, and activist. Her role as Zoey tackled issues of class and race and was the beginning of a new wave of diverse programming. This led to Yara having questions about representation and this fuelled her to make changes and to turn her activism into quantifiable action.

Shahidi attended online school until 2017 and then began college at Harvard University in 2018. She had intended to study Interdisciplinary Sociology and African American Studies. Her interest in African American studies comes as no surprise as she has a mix of African American, Iranian and Native Choctaw heritage. She is someone that often stuns interviewers with her rhetoric and knowledge. Both Trevor Noah and Stephen Colbert were shocked by her intelligence when she appeared on their shows. Even Jimmy Kimmel and Oprah have been left slack-jawed by Yara’s discussion of policy adjacent. 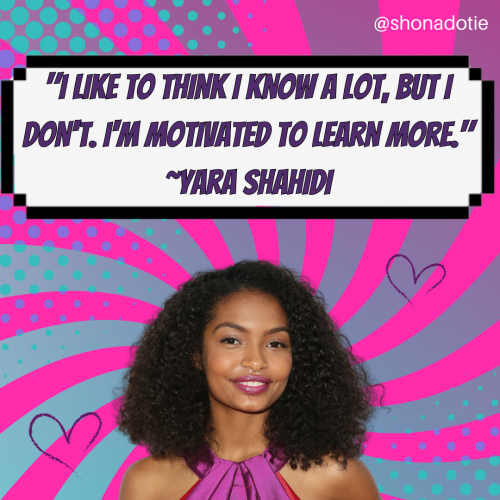 We love that she is using her platform to pursue and share her beliefs. She founded Eighteen x 18, which was a platform she formed with NowThis to encourage young people to vote for the first time. She even went as far as having a registration booth at her 18th birthday party in a bid to encourage her peers to register to vote.  During a feature on The View in 2018, she spoke out about how similar the Black Lives Matter rallies were to the protests in Iran. She has used her platform to vent her frustrations at being treated differently because she ‘is a young black girl with the last name Shahidi who has relatives in Iran.” While it may have been easy to slip into the president bashing narrative, Yara believes that she should focus on making her peers more informed. “The knowledge disparity stems from the fact that news isn’t marketed to me and my peers,” she says. “It’s as though it doesn’t pertain to us, even though half of these policies that are being implemented will affect us.”

She is also involved in a partnership with the Young Women’s Leadership Network of New York, which aims to provide education and online mentoring for young people in the hope of ending poverty through education. Her activism has been noticed by former First Lady Michelle Obama, (who actually wrote her letter of recommendation to Harvard University.) She has publicly spoken out and supported Jussie Smollett after reports that Smollett faked a hate crime. She used her appearance at the NACCP Image Awards to announce that she stood by Jussie after others made jokes at Smollett’s expense. Her activism has also landed her a part in Dior’s Stand with Women Campaign which she joined in 2021. 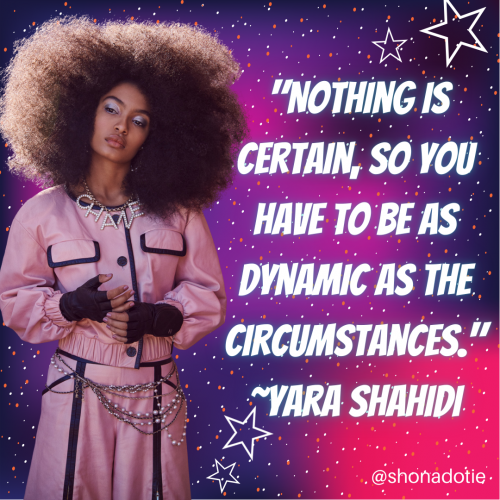 She’s no stranger to mingling with people of high regard as she was one of fifteen women chosen by guest editor Megan Markle, Duchess of Sussex, to appear on the September 2019 issue of British Vogue. She also had the opportunity to interview Hillary Clinton for Teen Vogue.

In 2020, she established a business called 7th Sun after signing a deal with ABC Studios. The production company was established to produce a number of shows. What we love about Yara is that her business partner is actually her mum. Talk about a dream team.

We’re really not surprised to learn that Time included her on “The 30 Most Influential Teens of 2016.” We think that this is one young lady we should keep on our radars, as we would not be surprised if she became president one day.