Why Sports is a Thing.

Every time I see it it makes me cry. In fact, every time I think about it I cry.

Pretty much every Irish man woman and child watched Ireland defeat Italy last night. For some of these viewers, it was the first soccer match they’d watched this year. Others were die hard soccer fans, soccer players, soccer coaches or soccer parents. For those people, this moment would have not only plucked at the heart strings but would have reached down the throat, dragged them out and played Beethovens 5th concerto on them whilst angels circled the sky and stars exploded into fireworks.

For me, sport does so many things, builds bridges, creates futures, unites nations, lifts hearts and teaches life lessons. It provides kids with confidence, hope, friendships and role models that they may be missing at home, and takes some from a hopeless existence to a positive future.

This might sound ridiculous, but when I see teams of players, male or female heading into a match for which they have fully committed themselves to make sacrifices for and train hard, they strike me as the closest thing we have to soldiers going away to war. Luckily, our kids don’t currently have such challenges, and their lives are not at risk, but they stand shoulder to shoulder and recognise that they need each other to succeed. 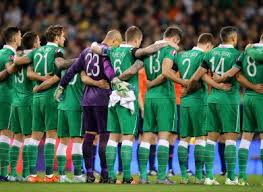 Players who reach the top of their game require not only talent, but, physical, mental and emotional strength, desire, dedication and a willingness to put success above all else.

As a soccer coach, I see kids sign up who are shy, unable to connect and lacking in ability or drive. Slowly, and over time, I have seen these kids develop not only skill but confidence, people skills, maturity and a work ethic which will stay with them forever.

As a player, I have played alongside teammates with whom I share nothing in common, and which in any other environment, I wouldn’t particularly like. But in seeing them share my commitment I have formed bonds based on mutual respect and a knowledge that together we are worth more than the sum of our parts.

I’ve seen kids spend hours on end kicking balls against a low wall, or walking onto pitches half covered in snow with a bag of footballs on St Stephens day morning to practice shooting for hours on end. I’ve sat beside players waiting for a call to find out if all those hours have paid off and they have been called to the squad they’ve always dreamed of. I’ve seen hearts broken by defeat and hearts soar at a win. I’ve noticed how sport provides kids with an outlet to relieve their stress and a safe place to forget about the rest of the world. I’ve witnessed the devastation of having that snatched away by a sudden and heartbreaking injury. I’ve seen the look of pride on a parent’s face to see their child score a crucial goal, and the devastation of seeing your child on the bench just wanting a chance to show what you know they are capable of.

For the kid whose life consists of closed doors, lack of opportunity and a future that looks bleak, sport has given them a reason to stay away from drink, drugs and bad relationships. I’ve seen that same kid without a family held up by entire communities that have their back because they believe in them, and see their worth, not just as a player but as a person.

All these things are summed up in the clip above of a family reaping the rewards of all the hard work, sacrifice and heartbreak they encountered over the years to get to this point.

It doesn’t matter the sport, if you have one that brings you this joy, you are lucky. If you still don’t get it, I can do no more for you. But stand with us on Sunday as a nation’s hearts either collectively break or collectively lift in song. Come on in, we’re happy to have you with us.