Where Are Our Pockets?!! 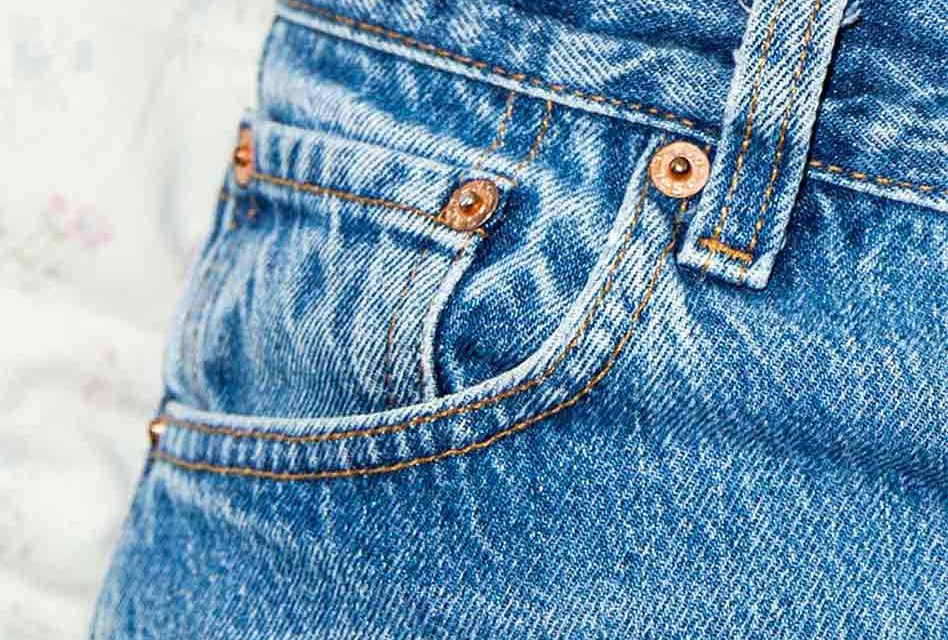 What’s the craic with women’s clothes and teeny pockets or worse, no pockets?!

We decided to launch a serious investigation into a question that has haunted us ladies for many a year. Where are all our damn pockets?

We’ve all felt it – the exhilaration of sliding your hand into a jeans pocket and actually fitting your entire hand in there. It’s amazing how a simple thing can bring so much joy and relief, knowing that you don’t have to drag around a handbag just to carry the essentials like your purse and your phone. But why are women’s pockets still a dismally uncommon thing to be found?

After all, why do we need them when we have walking toolkits in the form of men ambling about? Apart from the obvious conspiracy of keeping a steady demand for handbags and clutches, there’s a history behind why females have to make do with pockets our phones can’t even fit into. It seems to be that every fashion designer believes we have Donald-Trump size hands – and surely our phones can fit effortlessly alongside our purse, lipstick, pocketknife, lighter, and the three million other things needed to make our lives a little easier. Right?

When my boyfriend put his hand into a Penney’s shorts pocket he said “Only my hand can fit in!” I, on the other hand, truly believed that a whole hairy man hand fitting in there was a rare gift. And yet his pockets reach halfway down his thigh, fitting his phone, keys and wallet alongside each other, whilst my favourite pair of jeans can’t even fit my phone.

His immediate solution, “Why don’t you buy men’s jeans? They’re cheaper anyway,” was enough to spur me on to write this article. I don’t have a flat figure from armpit to ankle, nor are my legs the same width all the way down. Additionally – God forbid – I would like to look good, thank you very much.

It seems to boil down to either being functional or being fashionable.

So, what went wrong? Surprise surprise, it’s society wanting to see our bodies better. Basically, pockets sewed to the inside of clothing became unfashionable as it ruined the line of the clothes. All the emphasis of clothing is put on how it drapes on the body, not being practical.

To properly understand the evolution of virtually unlimited pouches to no pockets, here’s a brief overview of the history of the pocket.

Pockets came into being in the 17th century, when the pouches traditionally worn outside the clothes, hanging on belts or tied around the waist, became tasty targets for thieves, who simply cut them off and went on their merry way. To combat this, people began wearing them inside their clothes, and they fitted quite well underneath ladies’ hoop skirts, usually accessed through a slit in the back.

However, in the 20th century, the wide hoop and full petticoat style changed to high-waisted dresses and skirts hugging the lower body. This meant that women stuffing their pockets full of useful objects ruined the slim, fitted line of the clothing. There couldn’t be lumps seen bulging out of a woman’s hip – it wasn’t ladylike at all. They began to carry a reticule instead, a small drawstring bag barely big enough for a handkerchief and a coin, and so women had to forgo the mirror, watch, keys, needlecase, and oranges for fashion.

Literature on proper behaviour at the time suggested that women continued to wear their pockets:

‘Never sally forth from your own room in the morning without that old-fashioned article of dress – a pocket. Discard forever that modern invention called a ridicule (properly reticule).’

[Victoria and Albert Museum, a history of pockets]

Unfortunately, pockets were eventually phased out, and as large reticules were looked down upon as a sign of a working-class woman (upper-class women had their rich husbands to take care of all monetary matters, and so carried tiny reticules) they became a symbol of status, hence the influence of designer handbags today. In WW2, it became more widespread for women to wear pockets as they were taking over traditionally male roles, but again, fashion changed to a more figure-hugging style and pockets were made obsolete once more.

Here’s to hoping pockets make a comeback – most likely by popular demand!