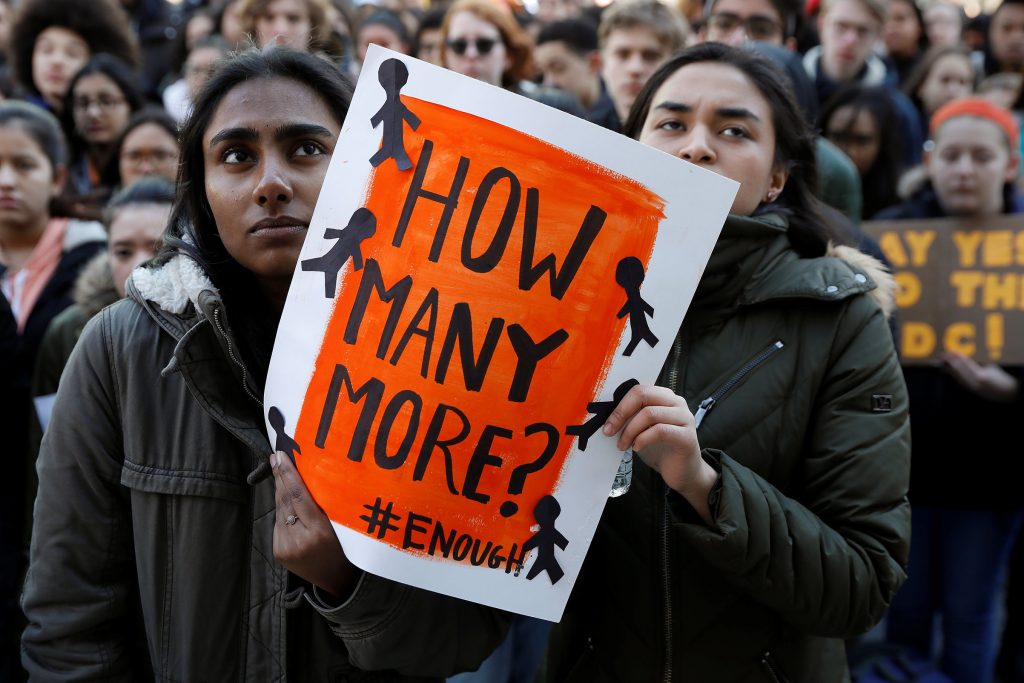 Today marks one month since the horrendous shooting at Marjory Stoneman Douglas High School, and as a mark of remembrance and protest, thousands of students and teachers began walking out of the classrooms as part of the #Enough! National School Walkout. They protested for 17 minutes, and each minute represented one of the lives that were lost.

The protest organisers hope that the event will be a call to the government to finally bring in some laws to control guns. “We view this work as part of an ongoing and decades-long movement for gun violence prevention, in honor of all victims of gun violence — from James Brady to Trayvon Martin to the 17 people killed in Parkland,” said the Women’s March Youth Empower organisation.

It would be truly amazing to see young people bring about the change that the ‘adults’ couldn’t, or wouldn’t, achieve. It would be the start of a new era, in which the young stand up and demand that the world they are due to inherit is left protected by those who claim to care about them.