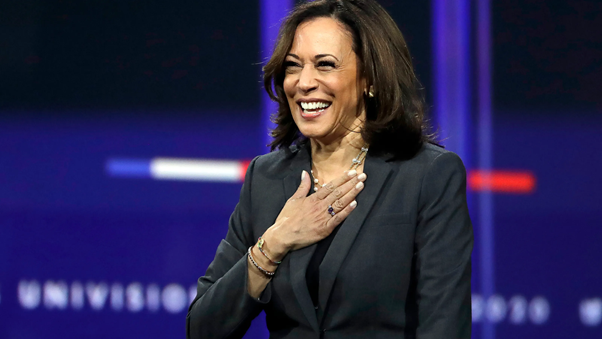 Next up, we have, Vice President of The United States of America, Kamala Harris.

She’s known as the woman who has changed history forever. For those of you who haven’t heard of this incredible woman, we’ll give you some quick background information. Kamala Harris was born in 1964 in Oakland, California. She has dedicated years upon years of her life to bringing justice to people’s lives and doing anything in her power to make a change. Kamala Harris recently has made history for becoming the first multicultural American female vice president in the U.S. She has shown us that times truly are changing and that if you work hard you can achieve anything you set your mind to no matter how many people say otherwise.

It’s not hard to find a reason why we love Kamala Harris but above all, she’s a total badass. Kamala won’t take no for answer, there’s no knocking this woman down. If she has her mind set on something, there’s no changing it and we love her for it. Kamala doesn’t sit back and watch. She will be upfront and taking action for what she believes in. This dedication is what made her now known as the woman of many firsts. She is the 1st Asian American and 1st African American to be elected in the U.S history despite many people told her it was not possible. 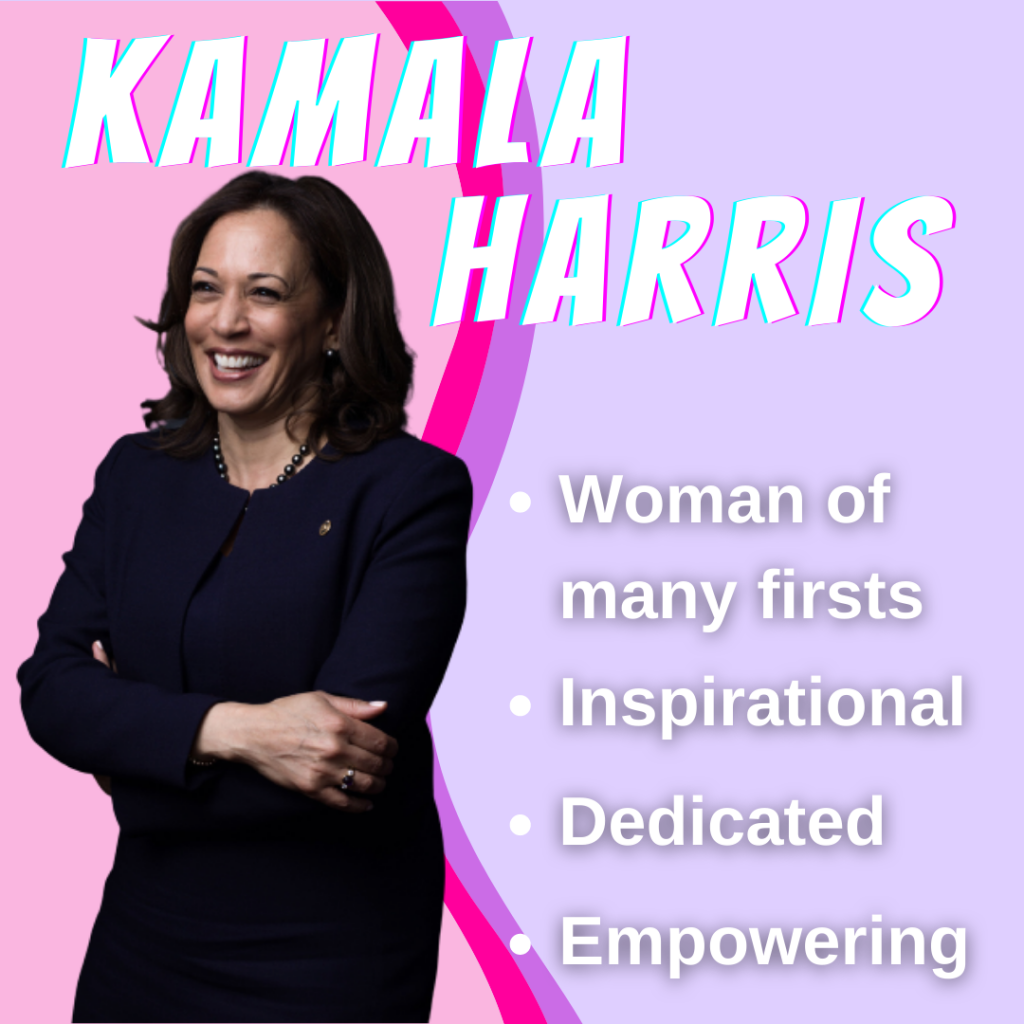 Kamala is breaking barriers and facing challenges every day. She brings voice to the voiceless and shines a light on the groups of people that may not have had as many chances as the rest of us. Being the daughter of Jamaican and Indian immigrants, she is no stranger to seeing different treatment.  She is dedicated to making life a little more fair for women, people of colour, immigrants, people of low income, and the LGBTQ community. Not only has she focused on these groups of people, but she also has prioritised the care, health, and wellbeing of mothers and their children.  With a background in law enforcement, Kamala knows she can use this knowledge to help the vulnerable and the voiceless.

I’ve fought for children and survivors of sexual assault. I’ve fought against transnational gangs. I took on the biggest banks and helped take down one of the biggest for-profit colleges. I know a predator when I see one.

Kamala is direct, she will say it how it is and not back down from a fight. If speaking were a superpower, this would be hers. Her incredibly sharp debating skills and affable personality is what has carried her this far and allowed her to reach people to levels others may not be able to. 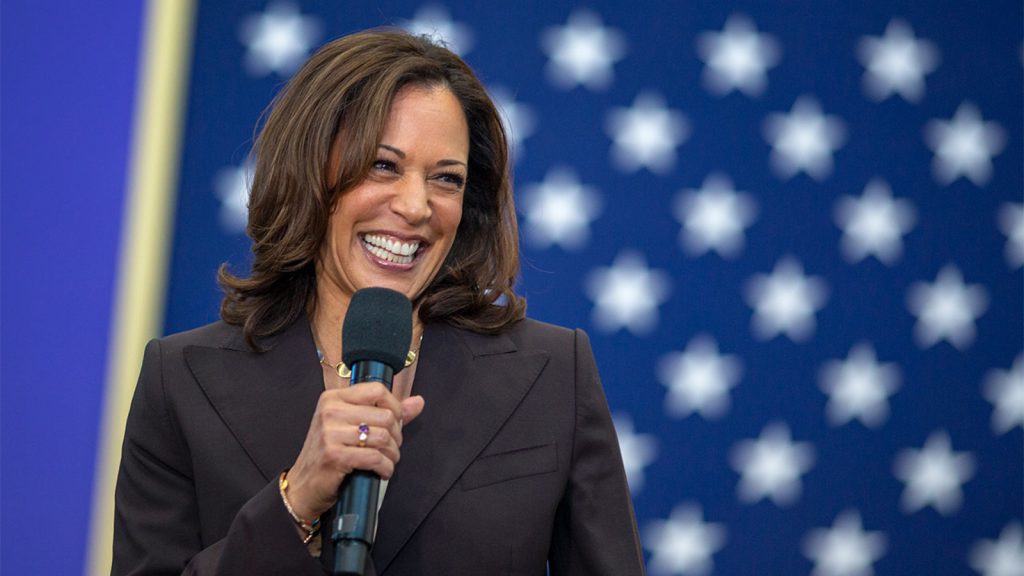 Anyone who claims to be a leader must speak like a leader. That means speaking with integrity and truth…

Kamala is a true feminist, paving the way and breaking down hurdles for women everywhere. Although her life can be hectic and incredibly busy, she doesn’t forget to endlessly encourage women to pursue politics. According to Kamala, there need to be more women in politics to make an equal change.

I’ve been a proud mentor to many women seeking public office because I believe we need more women at all levels of government. Women have an equal stake in our future and should have an equal voice in our politics. These are challenging times, but I believe getting more women to run for office is a big part of the solution…

If being crowned as the woman of many first wasn’t impressive enough (I mean she did change history after all) there are many things Kamala has achieved in her life. She has been elected as district attorney, general attorney and has also served as the first South Asian American to serve in the U.S Senate. 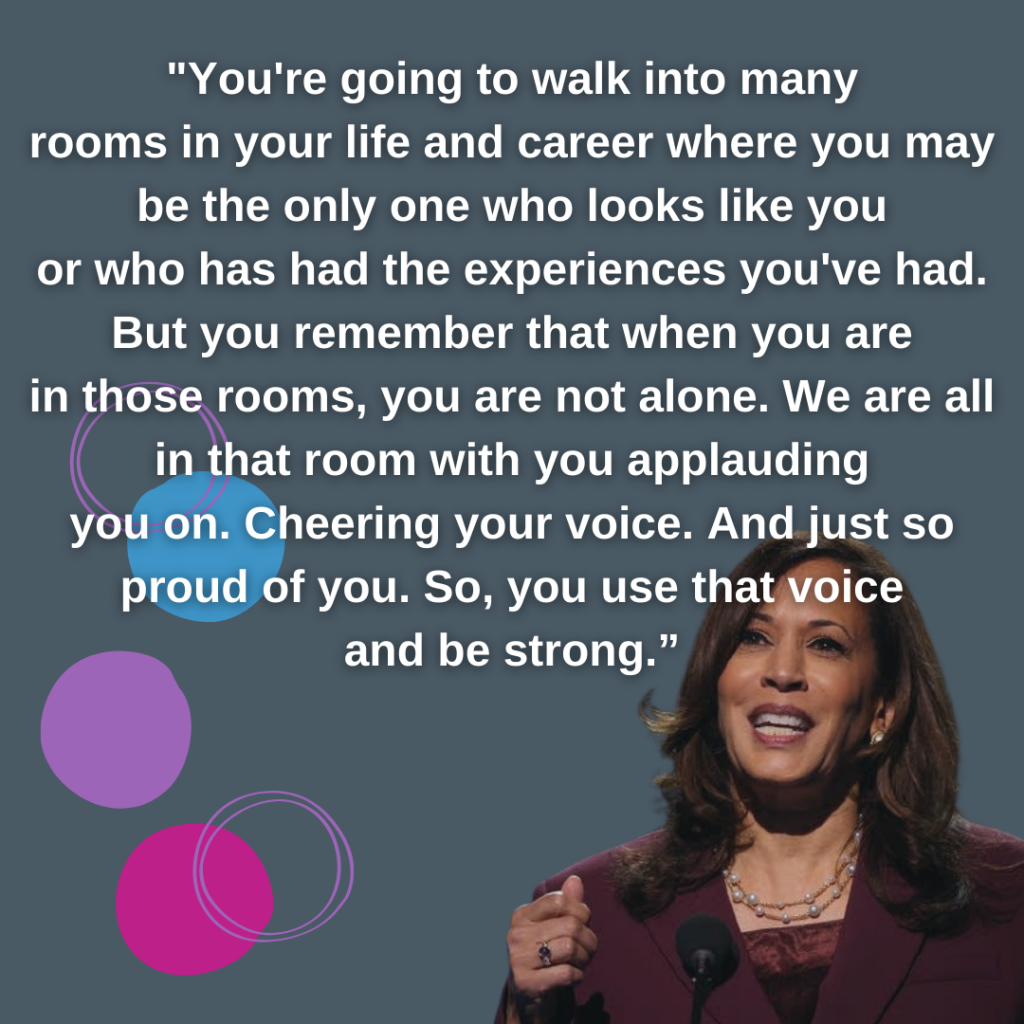 Are you now even more obsessed with Kamala Harris (like who knew that was possible?). Check out her historic acceptance speech below. You can thank us later!