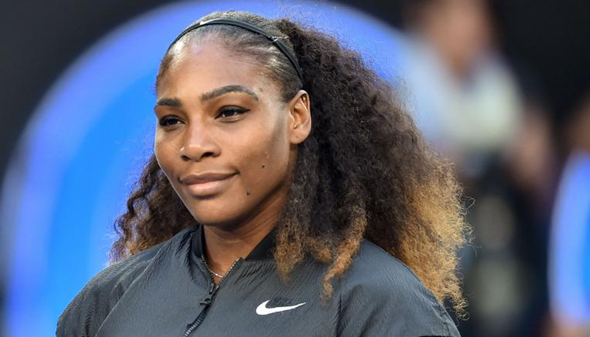 Here at The Shona Project, we have a list as long as your arm of all the amazing women around the world that we consider our heroes. We’ve decided to dedicate the next few Fridays to some of these women. We’ll tell you all about them but most importantly, we’ll tell you why we love them!

Next up, we have, Serena Williams.

Resilient, tough and dedicated, are just a few of the words that come to mind when speaking about Serena Williams. From being the 2nd ever black woman to win the Grand slam title, to racking up 23 more titles along the way, she’s one of the first-class tennis players out there. Although her rise to the top is primarily due to her talents in tennis, she offers a lot more. Yes, Serena Williams is a woman of many talents, she’s a pioneer, activist, philanthropist, entrepreneur, and overall, is an inspiration to women everywhere.

If we were to write out a list of why we love Serena it would probably take a few hours. Instead, we’ll do you all a favour and summaries it up. From a young girl living in a rough area to an Olympic athlete battling an autoimmune disease, it’s not difficult to say Serena Williams is a powerhouse of talent. Winning title after title, setting up new goals people would only dream to reach. Yes, believe it or not, her winning streak has led to a title being named after her, the “Serena Slam”. If that doesn’t scream success, we don’t know what will.  She has surpassed every hurdle thrown her way. Not only has she been one of three women to ever win both singles and doubles in tennis in a single Olympics, but she has also collected more titles than any of her male competitors has ever managed to do. She has proven to people time and time again that persistence is key and in order to succeed, you must never give up.

I really think a champion is defined not by their wins but by how they can recover when they fall. 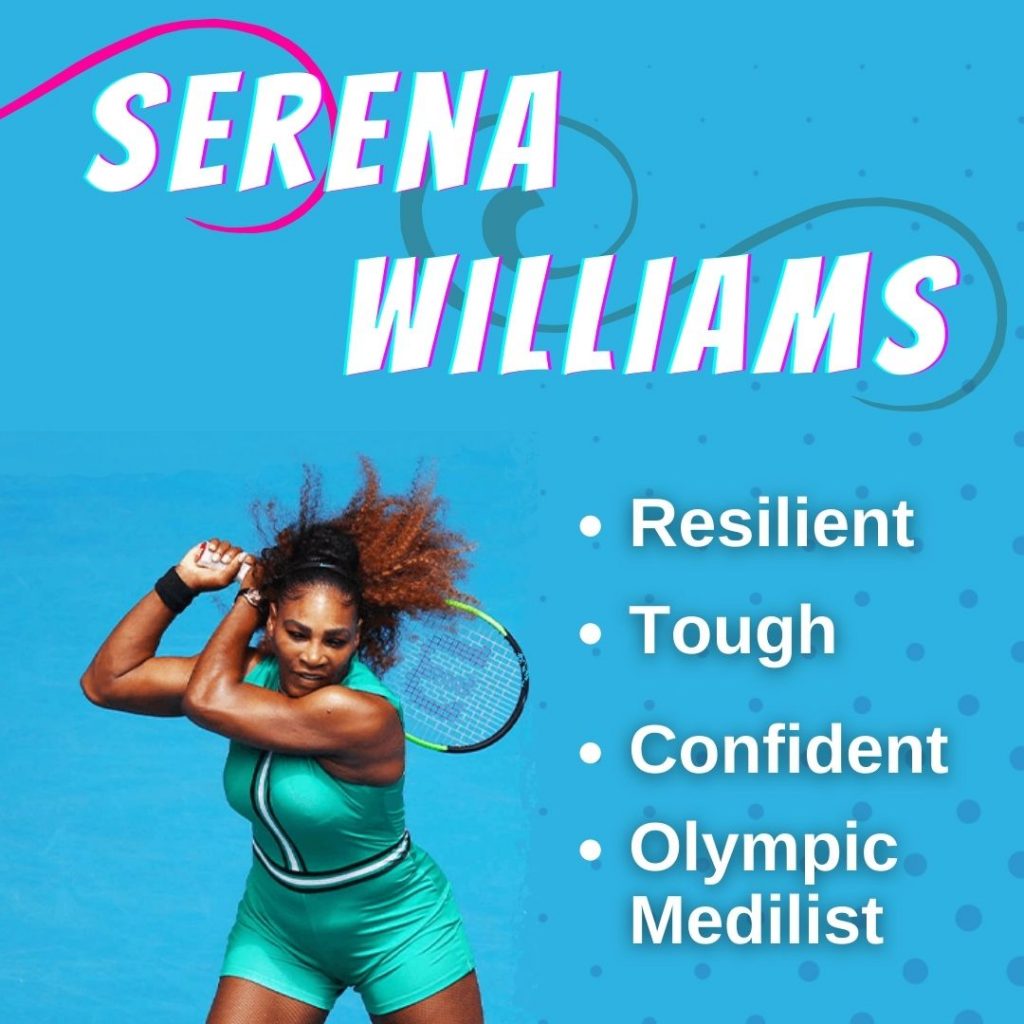 Serena Williams has many passions but one which we simply can’t get enough of is G.I.R.L P.O.W.E.R. Throughout her career she has stayed focused on the importance of women’s rights and women raising each other up. I don’t think anyone would question the power of women and what they can accomplish when working together.

Think of all the girls who could become top athletes but quit sports because they’re afraid of having too many defined muscles and being made fun of or called unattractive.

She has never strayed from standing up for what she believes in. She has openly discussed – on multiple occasions – the sexism and racism she has had to endure throughout her career. From her body image being scrutinised and criticised online for being “too muscly” or “too manly”, to people defining her due to her race. She has never been afraid to clap back. Instead of focusing on the haters, she has dedicated her time to ensure us women feel good about ourselves.

I always say, ‘Not everyone’s going to like the way I look.’ Everyone has different types. If we all liked the same thing, it would make the world a really boring place! What matters most is that I like myself.

You’d think with all that she takes part in, her schedule would be quite full. Well, think again, because we can add anti-gun violence to the list of reasons why we love Serena. She has worked with organisations such as the Caliber foundation and created the Serena Williams fund to show her support to fight gun violence. 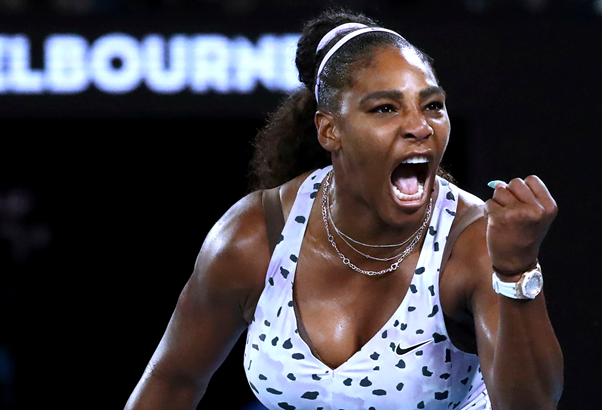 If we were to dive through Serenas 20 years of fame it wouldn’t be difficult to dig up a massive list of achievements. 23 Grand Slam titles, 2nd black woman to ever win Grand Slam, 3-time Olympics doubles gold medallist, Sports Illustrated “Best Female Athlete of the Decade” to name a few and the list goes on and on. Not only has she been praised for her success in tennis and claimed many titles, but she has also achieved a lot more during her career. It’s no surprise she’s considered to be one of the best tennis players out there 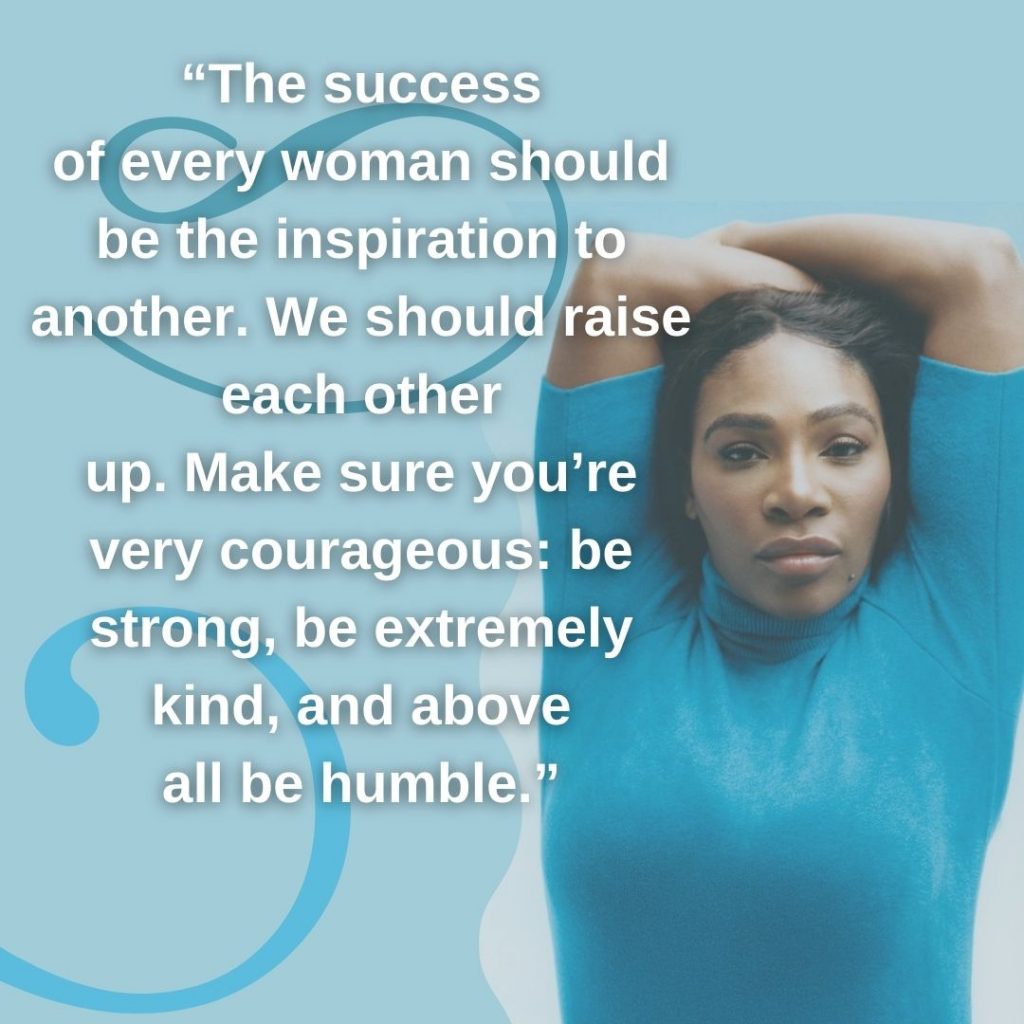 What a woman! Are you now even more obsessed with Serena Williams (like who knew that was possible?). We think you should check out this video of this amazing athlete’s 50 best points!