See It, Be It – Twenty Irish Women. Twenty Inspiring Stories – by Amy Martin 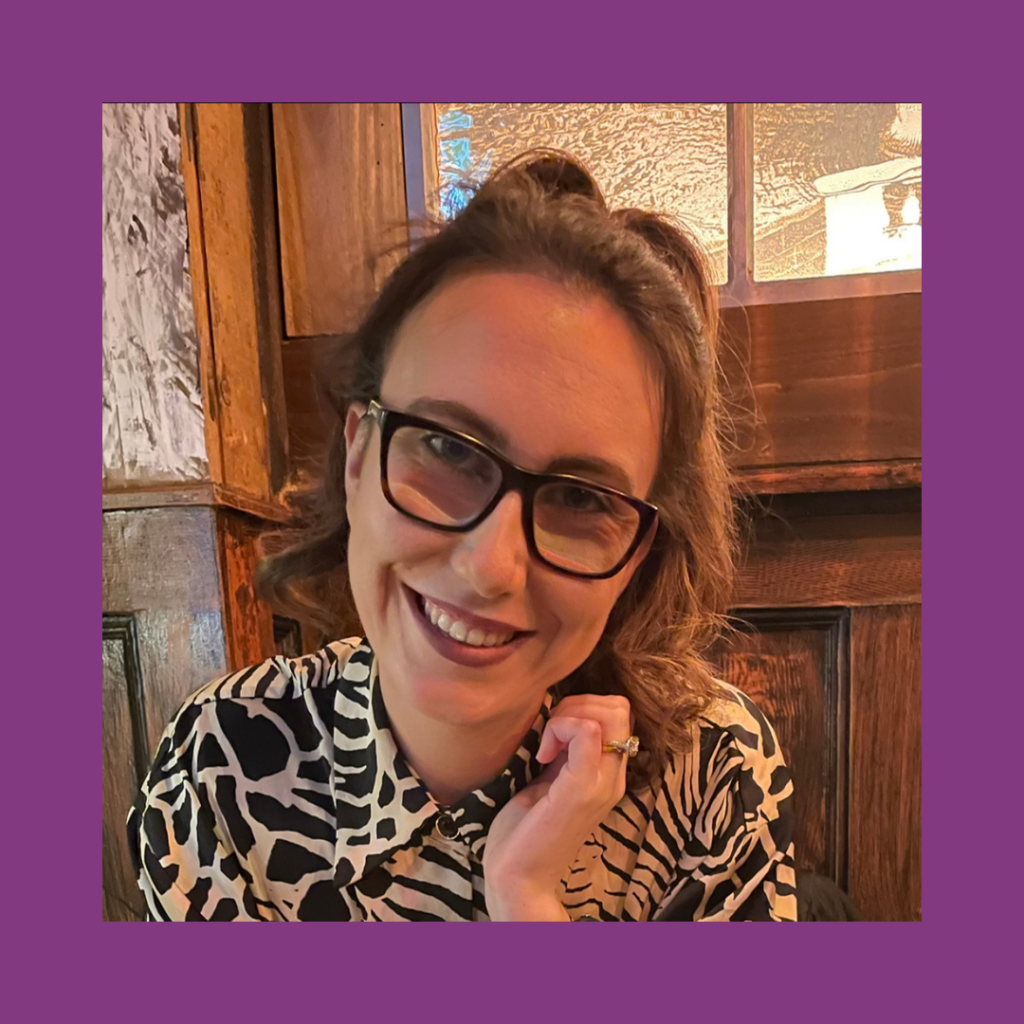 I grew up in a big family of seven children in a council house in Tallaght. At one stage, when I was very young – maybe three or four – I remember living in my three-bedroom house with my two big sisters, three older brothers, my mam and my dad (my youngest sister wasn’t born yet). I slept in the box room with my sisters in bunk beds. We had one toilet between eight people. It was madness but I loved it. It wasn’t until much later in life that I realized that my situation growing up wasn’t exactly normal, but I can’t imagine it any other way. Growing up in that environment made me the person I am today – resilient, motivated, and aware that things aren’t always fair and if you want something, you have to fight for it!

My upbringing prepared me for the challenges I would face later in life. Coming from a working-class background I’ve always been aware of the inequalities in Irish society and the socio-economic barriers and challenges faced by people from grassroots communities. It instilled in me a passion for diversity, equality and inclusion.

I’m a strong believer that you can’t solve a problem without involving those who are impacted by it, which is why gender equality and social mobility and inclusion have always been the areas that I’ve been drawn to. Being a woman from a socio-economically disadvantaged background, I feel like I have a unique understanding of the issues faced by people like me – the biases (whether conscious or unconscious), the stereotypes, the negative attitudes and societal limitations.

I’ve always tried to tackle the issues that I’ve faced head-on but used to be discouraged by the impact that I thought one person could have. It wasn’t until I saw the impact that women like Lynn Ruane, Maeve O’Rourke and Ailbhe Smyth have had on Ireland that I thought to myself that maybe I too could make a difference – even just a small one.  That’s why I decided to write my book: “See It, Be It: Twenty Irish Women. Twenty Inspiring Stories”. There are so many amazing Irish women that I look up to and who inspire and motivate me, I thought that other women and girls would benefit from hearing their stories too! 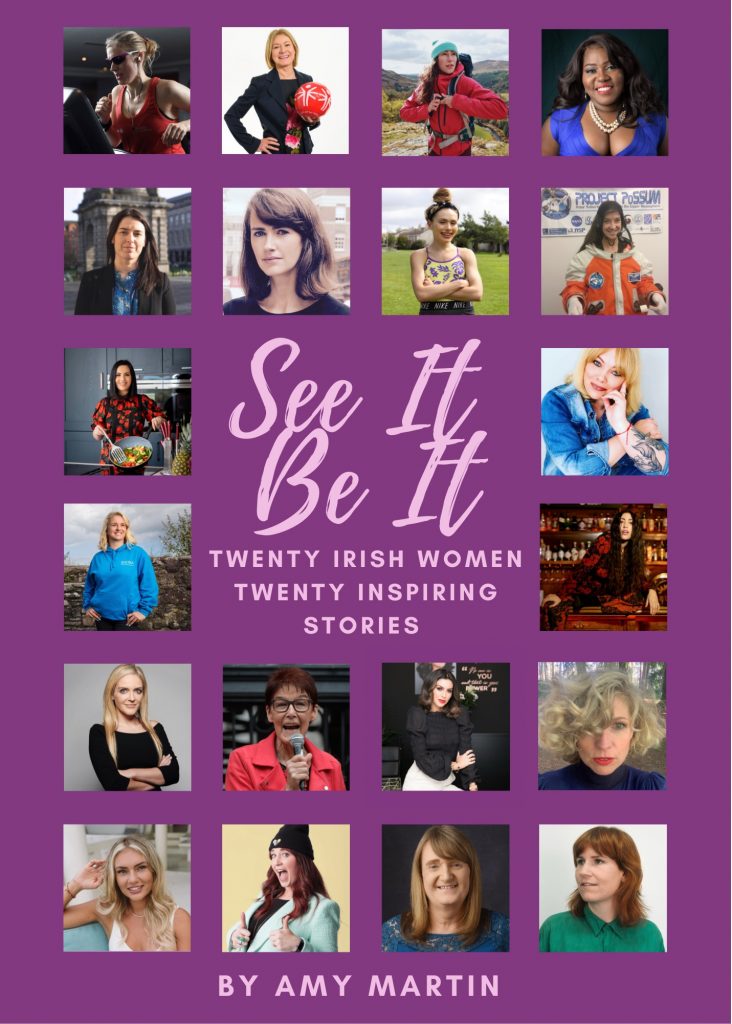 Through the book, I wanted to celebrate some of Ireland’s most inspirational women and illustrate the power of strong female roles models in our lives. I decided that, if I was going to do something like this, I would also like to raise awareness and funds for organizations that support and promote gender equality and female empowerment. I reached out to Tammy Darcy, founder of the Shona Project, about my idea and she immediately got on board! I also reached out to Sonya Lennon, founder of Work Equal (previously Dress for Success Dublin), and Sonya was equally excited and eager about the project.

Once The Shona Project and Work Equal were on board, I made a list of Irish women who are doing amazing things – businesswomen, politicians, artists, influencers, activists, and everything in between. The list comprised of women of all ages, from all walks of life with different backgrounds, identities, beliefs, and perspectives. There was however a common thread between each of the women – they all believed in the power of women supporting women, and the importance of strong female role models. From there, I just started sending emails, sliding into DMs on Instagram, contacting agents, and asking friends of friends who might know someone to pass on my details.

At that stage, I just had an idea and trying to sell that to people who have never met or heard of me was extremely daunting. I was really putting myself out there with an idea that wasn’t even fully formed. But I think everyone could really just sense my passion and excitement and so many people were quick to get on board and offer support and guidance. Twenty amazing women agreed to take part in the project and it all took off from there. 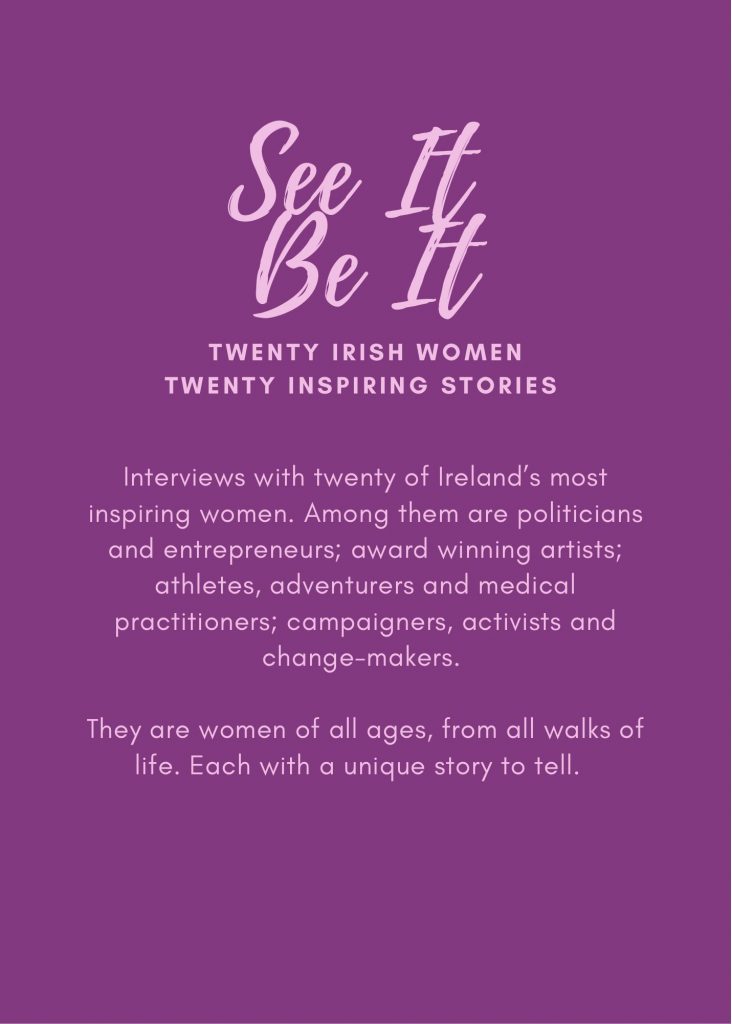 I decided that I was going to create a book that comprised of interviews with these inspirational women. I wanted to ask each of the women the same five questions but without providing any guidance as to how the questions should be answered – I wanted the questions to be the same, but the answers to be unique. I had so much fun conducting the interviews and learning more about such brilliant and inspiring women – learning about the challenges they faced and how they overcame them, their greatest achievements, and their own role models were truly eye-opening.

I also asked each interviewee to reflect on her life and ask herself, if she could talk to her younger self and give her some advice, knowing everything she knows today, what would it be? This was my absolute favourite part of the interviews. I’ve read and re-read the advice so many times and have tried to apply the advice of each interviewee to my own life.

I am so excited to finally be able to share the book with everyone and I hope that others can take as much away from the interviews as I have.

The book is out for sale now – you can buy it here. All profits from the sale of the book are being donated to The Shona Project and Work Equal.

Honestly, we're all just out here faking it until

“We are led by our gut instincts, our intuition,

Today's Post: How to Upgrade Your Convo Game "Whe

Oh sorry were you speaking? I couldn't hear you ov

Any type of progress is still progress. Don't forg

Excuse us Queen, you dropped this 👑

Today's Post: We’ve Cracked the Code! How To Be

We know exams are getting close, but we promise th

Name a better bestie duo than Leslie and Ann, we d

Our Shona HQ mantra! Never let fear hold you back

If you haven't already, join the thousands of girl

There's so much going on in this crazy world right

For the third year, The Shona Project is offering

When you are struggling, only give your energy to

Get that butt of yours off the couch and feel the

This one hit home like a tonne of bricks. Have a s