Who is Rosie the Riveter? 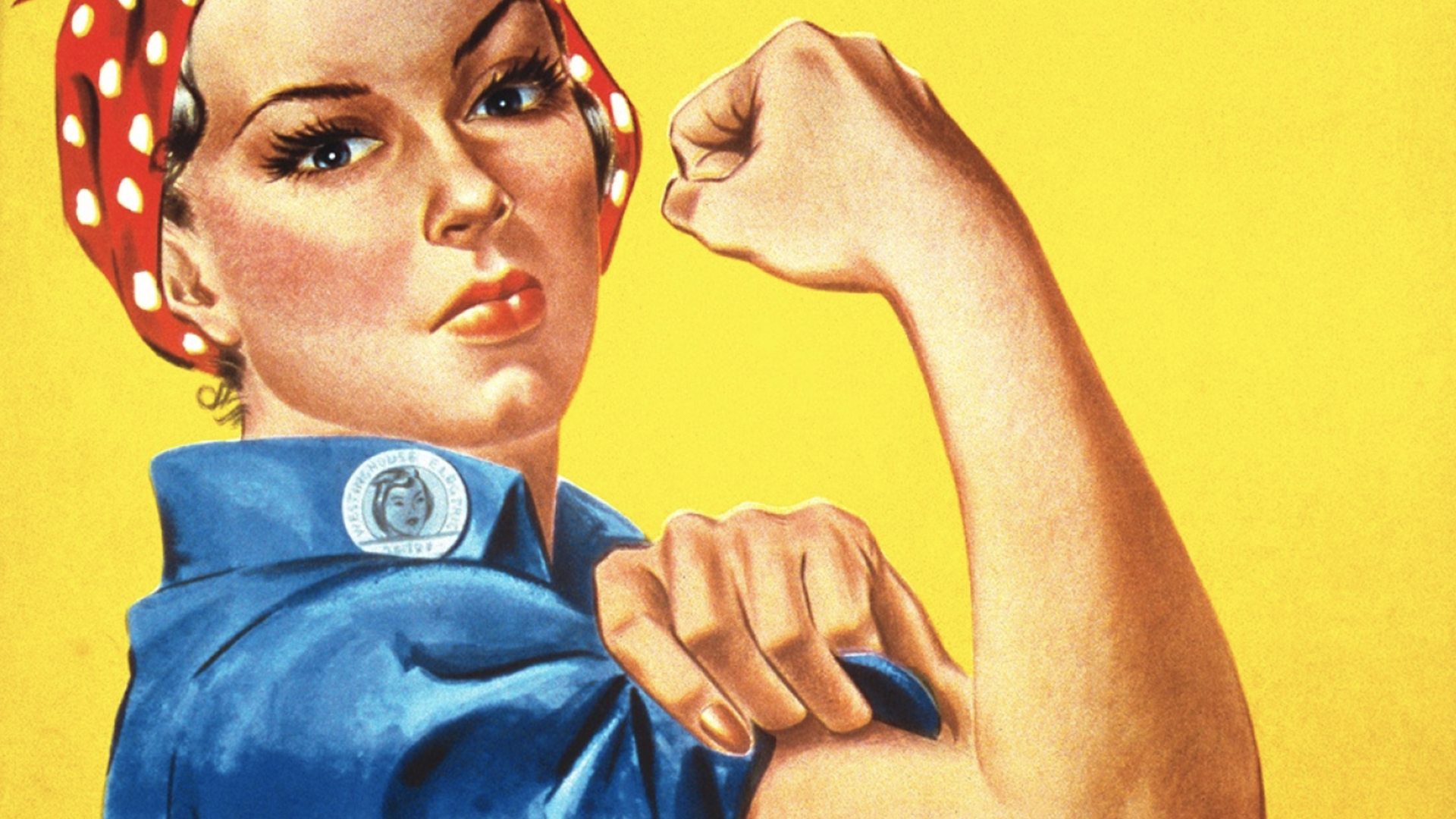 Everyone knows the iconic ‘Rosie The Riveter’ picture., the inspirational poster from the American government that encouraged women to enter the workforce during World War 2. The poster fast became a cultural icon and one of the most famous feminist symbols of the war era. Over the years the photo has been recreated by many a famous face including Beyonce, Pink, Demi Lovato, Amy Schumer and Christina Aguilara

When all of the men left to fight in the war there was shortage of workers to run the factories and shipyards of America.  In order to get stuff done, the government decided to release the women into the workplace after generations of hiding them in the kitchens of America. One government advertisement asked women: “Can you use an electric mixer? If so, you can learn to operate a drill”. The women pooled together to ensure their families were taken care of, sharing apartments and switching shifts so that they could help each other out with cooking, cleaning and childcare.

“Rosie” is actually Naomi Parker-Fraley, who now aged 95, says she never expected to become a symbol of modern feminism. She spent decades unaware of her connection to the poster, mostly because another woman believed she saw herself in an un-captioned reprint of Parker-Fraley’s photo in the 1980s. Because the woman bore a striking resemblance to Parker-Fraley, no one questioned her claim, and her story traveled around the world.

When Naomi learned her photo had been misidentified for almost 30 years, she tried to set the record straight by sending a newspaper clipping of her photo and its original caption to the park service. But it was too late and she was devastated. “I just wanted my own identity,” she says. “I didn’t want fame or fortune, but I did want my own identity.” In 2015, she met James J. Kimble, a professor of communications at Seton Hall University in New Jersey whose six-year quest to identify the woman in the photo had led him to straight to her front door. “She had been robbed of her part of history,” Kimble says. “It’s so hurtful to be misidentified like that. It’s like the train has left the station and you’re standing there and there’s nothing you can do because you’re 95 and no one listens to your story.”

Ms Parker-Frawley, who had worked as a waitress her entire life, was divorced once and widowed twice was now ready to stake her claim as Rosie the Riveter.

“The women of this country these days need some icons,” she says. “If they think I’m one, I’m happy about that.”

This post was written by Katie McGloin aged 16, one of our youth ambassadors.